Auto-suggest helps you quickly narrow down your search results by suggesting possible matches as you type.
Showing results for
Search instead for
Do you mean
Reply
Topic Options
LindaSal
Respected Contributor

I still make my memere's recipe.   Change it up?  Forget about it, my kids would disown me, LOL!    Mine is just toasted white bread, onions and celery leaves ground up with butter, salt, pepper, oregano, parsley and bells seasoning. 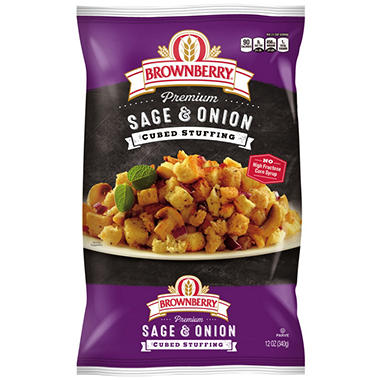 Best Stuffing ever, directions on the back of the bag.  Found by the bread isle.

Best Stuffing ever, directions on the back of the bag.  Found by the bread isle.

Boy those flavors do sound good.  I don't remember seeing that brand in my local Harris-Teeter or Lowes Foods or Food Lion in my area.  What grocery store did you find this at?

I always add beaten eggs and chicken stock to my dressing. Binder. I don't like mine crumbley.

I wrote my own recipe years ago but haven't made it for a few years, so I had to look.   I would use one or two eggs and, no, you would never know they were in there.   Eggs gross me out, so no way would I be making it an egg-based dish.

I also make my own croutons out of sourdough.  I buy a nice fresh loaf of SF sourdough (unsliced!) and I slice and cube it up.  Then I gently put the cubes in a gallon size ziplock baggie into which I add some olive oil, herbs, s&p, and then close the bag with a lot of air in it so I can shake it up between my hands, kind of like a balloon.  Then I toast them in the oven and let them completely cool before mixing everything up.

I also use some sausage and wild rice.   It's a whole thing and takes some time but it's always been  very nice.   I'm not doing it again this year due to severe limitations.   I will miss it.   I don't 'stuff' because that always grossed me out.

I also take those eggs and break them into a small bowl so I can take out that gross white thing.  That's just icky.  I even have that cool little tool that makes that easier.  I've actually seen food where, even after it's baked, you can see those white things.

I have a wonderful recipe I make in a slow cooker that contains eggs.  They thicken and bind but are not detectable.   You'd never know they were there.

Kachina624 - could you post ypour recipe so I can see how it compares to my slow cooker recipe?  Thanks in advance.

@denisemb.  Here is my recipe as written.  If I'm making it to go with a turkey dinner, I eliminate the chicken.  I add much more dry stuffing mix than the recipe calls for, increasing the broth, and a little more seasoning.  I often add a chopped apple just because I like the flavor.  I use cream of chicken soup.

How about posting your recipe? 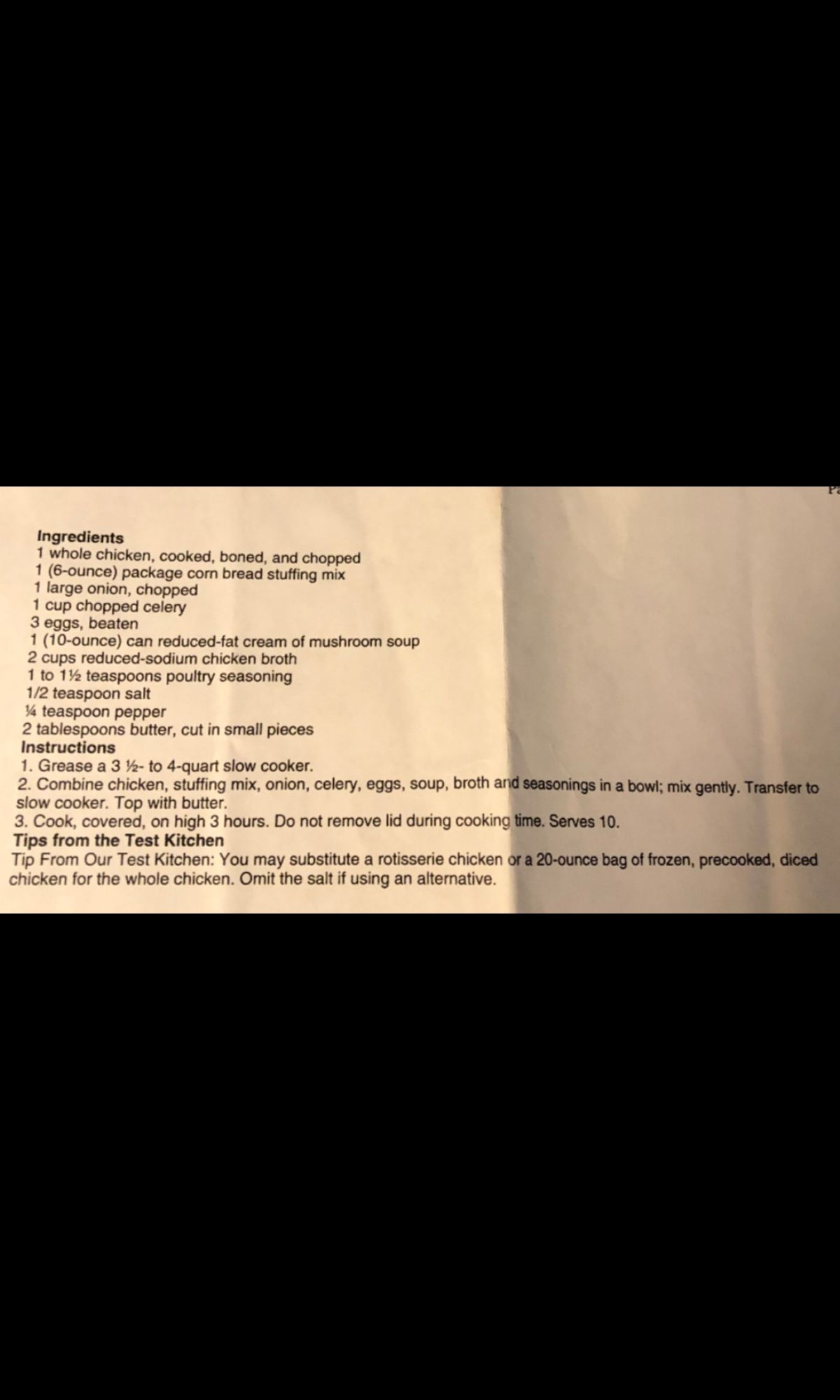 Stuffing and dressing are such personal tastes. My mother made oyster or sausage stuffing. My Mil always put boiled eggs in hers. For me the boiled eggs was very odd. I think our tastes depends strongly on what we grew up with.

I agree with people preferring what they grew up with.

This is an interesting thread.  I have never heard of using eggs in dressing or stuffing.  So many variations too!  I wish I could taste each of your recipes.

I am thinking the dressing made with eggs is more cake like in texture????   Not sweet, but more held together.  Hard for me to explain my question I guess.

Here's mine from allrecipes:

This is an interesting thread.  I have never heard of using eggs in dressing or stuffing.  So many variations too!  I wish I could taste each of your recipes.

I am thinking the dressing made with eggs is more cake like in texture????   Not sweet, but more held together.  Hard for me to explain my question I guess.

Me, neither. As a matter of personal taste, I would pass on the eggs. I really do not want the dressing that bound. Anyway, any sauteed vegetables & stock would keep things together as much as I would like.