It has been one year since Julian blew up The Floating Rib.  Here's a recap of some of the things that happened last November.

Since the beginning of the October thread, there was movement in existing stories, some new developments, and a stalker was revealed.

Thank you to those who answered the October QOTM.

This month's question is a repeat, identical to the one posted in November 2019 and 2020.

November Question of the Month:

My answer remains the same with an addendum:

I read every post but some get less attention than others. At times I can predict by seeing who the poster is and what the topic is what they are going to say because they have made their feelings very clear about certain characters and/or certain situations.

When reading last year's November thread I decided that what I had written last year expressed my feelings so well it could/should be used again. In the spirit of transparency I am going to post some of it with a few changes.

Since this is the month when we celebrate Thanksgiving, it's the appropriate time to acknowledge my appreciation to those who come here on a regular basis to read, to post, to spread a little joy and sunshine, to share information, to celebrate birthdays, to stir things up, to vent, and to ask/answer questions. I am thankful many of you recognize and seem to appreciate my efforts on the monthly thread.

I also want to remember two of our ladies, Preds and CLHS68, who though gone are not forgotten. I am thankful they were here and their words remain here. 🦋

It looks like once again the country is slowly moving in the right direction. At least this year we get to make some of our choices about what we do during the holidays. Whatever you do please do it with consideration and caution. Make decisions to keep yourself and those whom you love safe and healthy. Please and thank you. ♥️

Let us know if you are celebrating a birthday this month and it is not already on this list. 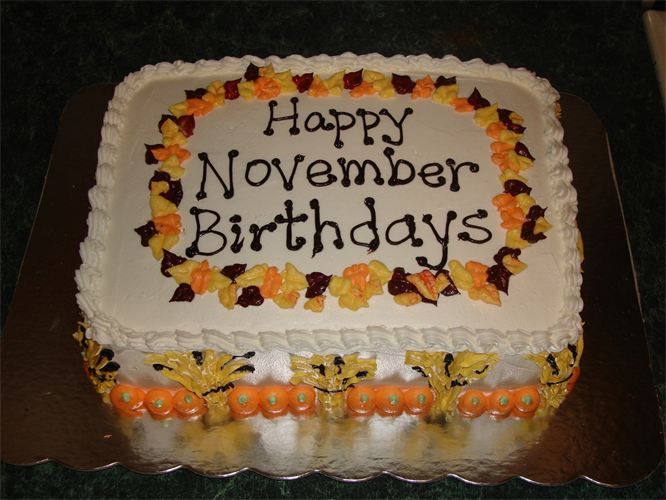 The Scoop: GH previews, teasers, and spoilers for the Week of November 1

An old enemy of Sonny's surfaces 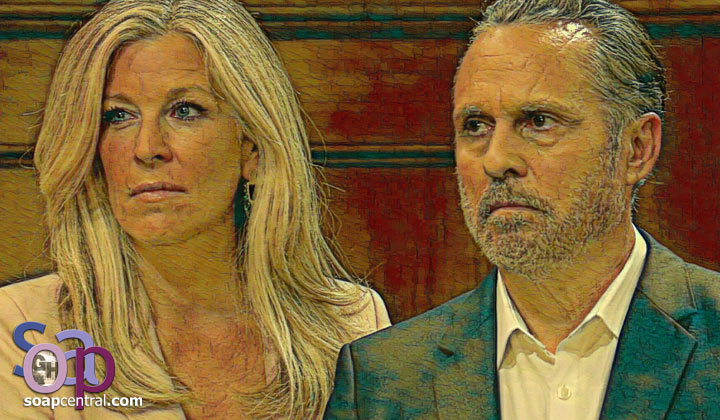 A sneak peek at some of the action that will take place on GH during the week of November 1, 2021.

Liesl finds herself a prisoner in a lab

Jason and Britt follow the trail to Cassadine Island

Britt finds herself in a harrowing situation

A furious Spencer has harsh words for Nikolas

Ava notices the tension between Shawn and Nikolas

Sonny and Carly catch Dante and Sam by surprise

An old enemy of Sonny's surfaces

Carly and Olivia kick up their heels at the Savoy

Josslyn puts her cards on the table

Trina has an unexpected encounter

Trina is eager to share her ideas for the art gallery

Curtis gets a heads-up from Dante about trouble brewing

Portia talks to Liz about the mystery man

Terry has a warning for Liz

GH Spoilers: The Race To Save Liesl Obrecht Is On 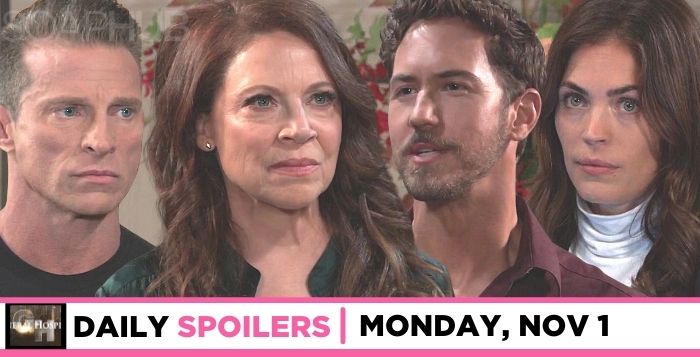 Liesl Obrecht awakens in a lab, shocked to be still alive though she’s not pleased when she realizes that she’s in the clutches of Peter August. Peter tells Obrecht his grand plans for his reunion with Maxie Jones. But Maxie hates him. Well, Peter lets Liesl know that’s where she comes into play, putting her on edge.

Meanwhile, Obrecht’s daughter is hot on her trail. Britt Westbourne and Jason Morgan arrive on Cassadine Island. Britt says they’re so close, they have to find her mother. They know Peter hates her and while it’s encouraging that he hasn’t killed her as of yet, they both know her time on this earth is limited without their help.

Spoilers tease that Dante Falconeri and Sam McCall are surprised by Sonny Corinthos and Carly Corinthos’s actions. In fact, Dante has questions. So do we. Which actions? Does it have anything to do with Sonny telling Carly there’s a call he thinks she should know about — she’s the one who dealt with Cyrus Renaultwhile he was …away.

Spencer Cassadine has his own evil to confront — his father Nikolas Cassadine, as he asks if he arranged to murder his stepmother, Hayden Barnes. Listening in, Damian Spinelli notes Shawn Butler had success in sowing seeds of doubt in Spencer’s mind.

To Stop A Snitch

Brook Lynn realizes their baby plan is in jeopardy as she races to try to stop Gladys Corbin from blabbing all to Valentin Cassadine. Gladys enjoys toying with Valentin about how she knows stuff, causing him to ask Gladys if this knowledge she’s come into concerns him. Will BLQ get there in time?

Austin Gatlin-Holt, who has been trying to put the various player pieces together, asks Maxie what Gladys’s connection is to Valentin. We have a pretty good bet that Maxie is wondering about that very thing too, especially with the way Brook Lynn took off after hearing about shady Gladys and her latest antics.

Looking forward to some storylines progressing this month. What are the odds that the Sonny/Nina story will wrap up this month?  Despite everything else going on, I am most interested in finding out why Esme is really there.

This scenario has happened quite a few times on GH. I still find it interesting that 2 medical professionals thought that Peter was dead and hid the body, yet he seems to not have suffered any ill affects from his fall. I have always liked Liesl and Britt because they were written with quirky personalities. It is fun to see them semi sort of redeemed in a different way than Eva.

Beginning of the Month Stuff:

A couple of ladies have shared that they have already had their Boosters. This is not a PSA for or against the shots but as we did during the first and second vaccinations if you would like to share your experiences, please do.

For those who are experiencing health challenges or have family/friends who are, this is a reminder to keep all of our members in your thoughts and prayers.The same thing goes for those who have experienced loss of family or friends. We don't always know what someone is going through so an inclusive positive thought for All will take care of Everyone.

To our new Members. We hope you enjoy it here. Don't be shy, jump in participate and speculate.

Time Change: For those who live in areas where your time chances from Daylight Savings to Standard that will be effective this coming Sunday. Make sure you have new batteries for those sometimes forgotten but important Smoke and Carbon Monoxide Detectors.

Many who post on the board - not just on our thread - believe the board closing reprieve is temporary. Let's continue as we have been.

To answer the QOTM, I usually read all responses before responding but sometimes I am far behind so I read someone's post and want to reply before I forget and then I go back and read the rest of the comments.

In response to this week's preview....Oh boy.  Maxie and Brooklyn hatch another scheme.  Can't wait.