Auto-suggest helps you quickly narrow down your search results by suggesting possible matches as you type.
Showing results for
Search instead for
Do you mean
Reply
Topic Options
momtochloe
Honored Contributor

I do wonder what the TS is going to be but it probably is a full set of cookware getting ready for holiday cooking.  I'll just be glad to see him, he cracks me up . . .

Thanks for posting this link Lacey1.  He has some really interesting recipes I am looking forward to trying!

Cool! i realize one of mine has a handle, one does not.. weird..

WISH LIST: wish there was a storage type plastic lid for the teflon pot, so I could just cover ad store uneaten food right in the container in the fridge..

Cool! i realize one of mine has a handle, one does not.. weird..

WISH LIST: wish there was a stoage type plastic lid for the teflon pot, so I could just cover ad store uneaten food right in the container in the fridge..

Your so very welcome.

Thanks for posting about the Perfect Rice Cooker & the recipes. Now I have some more recipes. Guess I should copy & paste the ones I want. So many times I save links to recipes only to open them & they are not online any longer. I have not used my rice cooker for a while.

I have a huge rave for Campbell's skillet sauces used in this little cooker!

Well so far I've only tried the Chicken Marsala and this isn't your average prepackaged sauce! It was full flavored and had lots of big whole mushroom pieces.

I put penne pasta, chicken tenderloins, and then the full bag of sauce in the cooker all at the same time. I think I did 1 cup of the pasta, and added an extra 1/2 or 3/4 cup of water to account for the pasta. I would say this one you should time though, I need to work out the exact time but after about 20 minutes the pasta wasn't cooked through and when I came back after another 20ish minutes a lot of that yummy sauce had vanished. Still came out great, but I think somewhere around 30 minutes would have been perfect, or maybe save some of the sauce to add in at the end? For essentially 3 "ingredients" in one pot, this was easy and delicious! Would be fantastic over rice too!

I want to try some of their other sauces, they have "slow cooker" and "oven" sauces that I bet will work good in this rice cooker too. Oh, fyi I found these sauces (and other brands) in the soup isle at my grocery store. 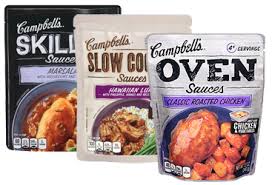 And OK I am just going to have to try that bourbon chicken now after all the raves!

It's been awhile since I posted on this thread but I have to share that I moved out of state in a hurry for work and only packed one box of kitchen items... in that box were my 2 WP rice cookers! LOL!  They sit on my counter every day and I still use them several times a week.

I still use the Campbell's sauces a lot, and some of my regular uses are for rice, eggs, oatmeal, pasta, chicken, ground turkey... oh the list goes on.

I saw a comment above about a lid for the pot to store leftovers... that would be brilliant!  I've been taking the pot out and wraping the top with foil and putting it in the frige.  Then I just pop it back in the cooker the next day to reheat leftovers.