Auto-suggest helps you quickly narrow down your search results by suggesting possible matches as you type.
Showing results for
Search instead for
Do you mean
Reply
Topic Options
WildDunes
Super Contributor

I have a corded phone (which I need to have) with handsets and do not want at this time to move the phone line so I can move the base phone to my desk.

Anyone know of a system where the handsets have speakerphone or mic jack capabilities?

My cordless phone had a base set, which was plugged into the landline and electric outlet, along with handsets that only needed an electric outlet.  The handsets did have an option for speaker phone.

I got mine from Amazon a few years ago.  Panasonic.

@geezerette  Thanks. That's what I'm looking for. Haven't found yet but will keep looking.

I have the same Panasonic system as a previous poster.  I've had mine quite awhile now.  Got mine years ago when it was a TS on HSN.

If your desk is on the same wall (not across the room) from your corded phone, you can buy a phone extension cord and run the line along the baseboard. 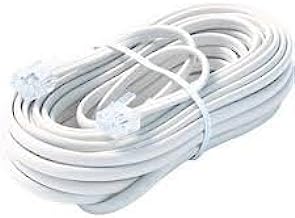 I have the Panasonic set as well.  I got mine at Costco a number of years ago.  I want to say 2007ish?  When I first started working from home.

I have a corded phone (which I need to have) with handsets and do not want at this time to move the phone line so I can move the base phone to my desk.

Anyone know of a system where the handsets have speakerphone or mic jack capabilities?

I also have a Panasonic cordless set of 2 and both handsets have the speaker phone option.  They are so old, I don't remember when I bought them.  I'm sure some retail store still has something similar for sale.  QVC doesn't allow links to other stores so, do a google search. Good luck.

To all who helped with device info, thank you so much. I had already started a Google search but decided to also reach out to the Blog and you came through.

You have a "corded phone with handsets". Unless I don't understand your question, all phones with handsets, need to be plugged into a phone Jack, with a phone cord. I actually made the plastic jacks on 1 of my jobs at AT&T.

I have had several different name brand phones, with multiple handsets. I don't remember any of them that did not have a speakerphone on every handset, and on the base.

I did have one brand that did have a Jack to plug in headsets or a mic. That was a long time ago, and even that same brand quit including that Jack. Probably cost a dime more to manufacture.

Never read anything but this post before replying, same with all original posts on all threads. Seems I am missing something in your question. "Corded Phone"! Hmmm