What Names Were Considered?

If you have children or nieces or nephews- or four-legged children, what names did you consider then discard?

DH was the only boy of 5. He did not want a junior. In my family all children born were named after other family members- mostly middle names. When DS was born there were already 3 in his generation named after DH's father- one first name, and 2 middle.

Anyway for him we considered Cody, DH's favorite. At the time I heard that name every morning on Regis and Kathie Lee! I just couldn't do it. I liked Kirby. It was hard to find a boy name, as there were already 8 boys in the Gen X and millennial  generations in his family, and the names I liked were already "taken." We had already named our stillborn son after my late brother. So we chose the perfect name for him by looking at a program book, and I had good memories of someone I went to high school with who had that name!

For DD we considered Cynthia, DH's favorite, and Victoria, my favorite. We chose a different name on the way to the hospital!

My mom always told me she and my dad had settled on my name until my dad turned the page in the book they were using!

I have my grandmother's name as my middle name. DD's middle name was easy - both of our mothers had the same first name, one that really isn't that common!

When it comes to kitty names we have fun. Most of ours are rescues, whose names aren't known. We like unusual names. DD wanted to name our orange kitty Simba, but it didn't seem to fit him. The second kitty we ever had was found in a garbage can. She was pure white. We thought about Yuki (the Japanese word for snow), but it didn't seem to fit her. The name we settled on did.

I believe the names we end up with always fit. And I try to fit the names we didn't choose with that person or kitty now, but it just doesn't fit them. When you think about how you got to them it tells quite a story!

So what names did you think about?

@beach-mom I love the name Patrick but decided to use it as our son's middle name. I didn't want him to be called "Pat" but didn't want to keep telling people "His name is Patrick."  I had a grammar school friend named Pat and I always thought Patrick sounded better.

So we ended up with it as his middle name. His first name goes with it and with our last name, syllable wise and has a good shortened version which we use.

As a kid to get his attention all 3 names were used!

@Love my grandkids - And when you called him by all three of his names did he know he'd better pay attention? LOL!

I have a nickname. When my mom used my full name I knew I was in trouble. And if she added my middle and last names. . . I might have well packed my bags!

Fun thread!  At the time we found out we were going to have a boy, my favorite boy name was Nicholas.  Hubby hated it!  It took forever for us to come up with a name that we both liked.  Of course, after he was here a little while he didn't seem like a Nicholas at all and I was glad we went with what we did.

His middle name was easy - my dad, brother and brother-in-law all had the same first name so we went with that.

When we got our puppy (American Eskimo), I had the hardest time coming up with a name.  Didn't want the standard names for white dogs.  My husband and son wanted Cosmo which I resisted but finally relented to and of course now I can't imagine him with any other name! 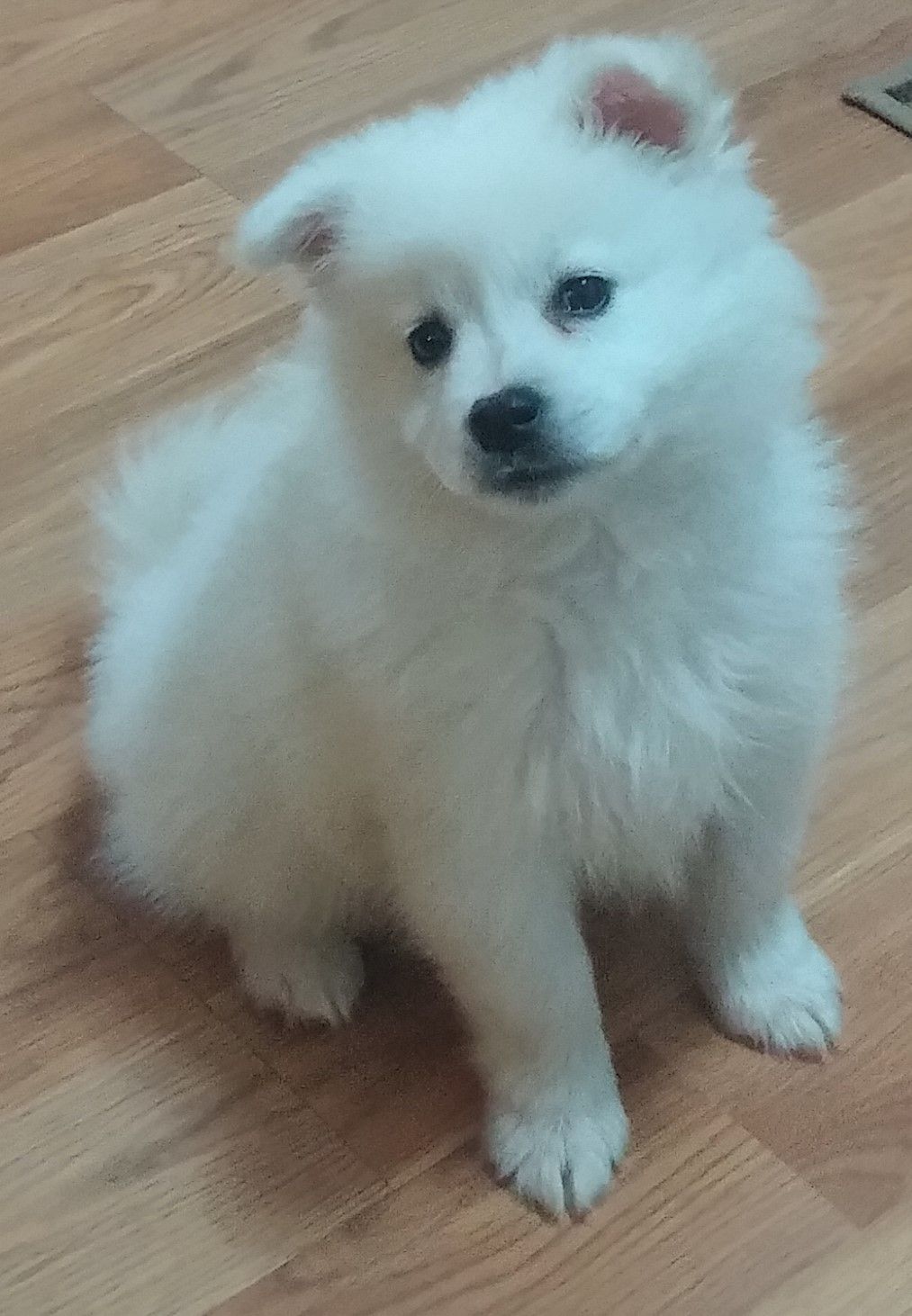 There were two names that I really liked for a boy. I married a guy with one of the names and then named our son the other name. Everything was fulfilled. That name was perfect for our son.

For a girl, it would have been my parents names with a hyphen.

Being of Irish descent I wanted my Yorkies to have Irish names. There's Shawna, Erin, Kelly and Bridget.  My canary is bright yellow so his name is Sunny.  All of my guinea pigs have been named by either their breed such as I have a Teddy so her name is spelled Teddi.  My other piggies are named after their coloring, I have now or had in the past a Ginger, Brownie, Rusti, Grey Girl, Lilac and for unknown reasons a Baby and a Randi.

You never realize how many people you don't like until it comes time to choose a name for your kids!

My sister and her husband lost their mind with their first child and actually considered Trinity and Talon. Lovely names maybe for someone else's child but my niece ended up with neither and all bodies in the family remained undead.

@beach-mom I love the name Patrick but decided to use it as our son's middle name. I didn't want him to be called "Pat" but didn't want to keep telling people "His name is Patrick."  I had a grammar school friend named Pat and I always thought Patrick sounded better.

So we ended up with it as his middle name. His first name goes with it and with our last name, syllable wise and has a good shortened version which we use.

As a kid to get his attention all 3 names were used!

I've always loved the name Patrick.  The parochial grammar school that I went to was called St Patrick's.  So that name always has a special meaning to me.

You never realize how many people you don't like until it comes time to choose a name for your kids!

So true!  My mother wanted to name me Eileen but my brother went to school with a girl named that and she was mean so he didn't want his sister to have that name.  No offense to any Eileen's out there but I'm glad they chose a different name.  I just can't see myself as an Eileen.