Auto-suggest helps you quickly narrow down your search results by suggesting possible matches as you type.
Showing results for
Search instead for
Do you mean
Reply
Topic Options
MacDUFF
Esteemed Contributor

Chinese..... because all the toys are made in China.

☼The best place to seek God is in a garden. You can dig for him there. GBShaw☼
Report Inappropriate Content
Message 14 of 28 (437 Views)
Reply
0 Hearts
Pearlee
Honored Contributor

Madison Avenue, so from the State of NY.in the USA

If we're talking about the original St. Nicholas, he was born in Asia Minor in the part of the Roman Empire that is now Turkey.

Santa is loosely based on St Nicholas who was Turkish in real life. He was a priest who  inherited a great deal of money but gave it all to the needy.

Back in those days when families were starving they would sell their daughters into slavery and there was a case where a farmer was about to do just that. On the last night at home the daughters washed their dresses and socks and hung them to dry in front of a window and went to sleep. During the night St Nick filled their socks with gold so then they did not have to be sold.So the tradition of the stockings being filled at Christmas started, and father nicholas became St Nicholas.

When we lived in Germany we took the kids to St. Nick to sit on his lap.  Purple robes.  Dec 6 ,(going on old memry here) they put their shoes out for treats.  In France it was Pere Noel. 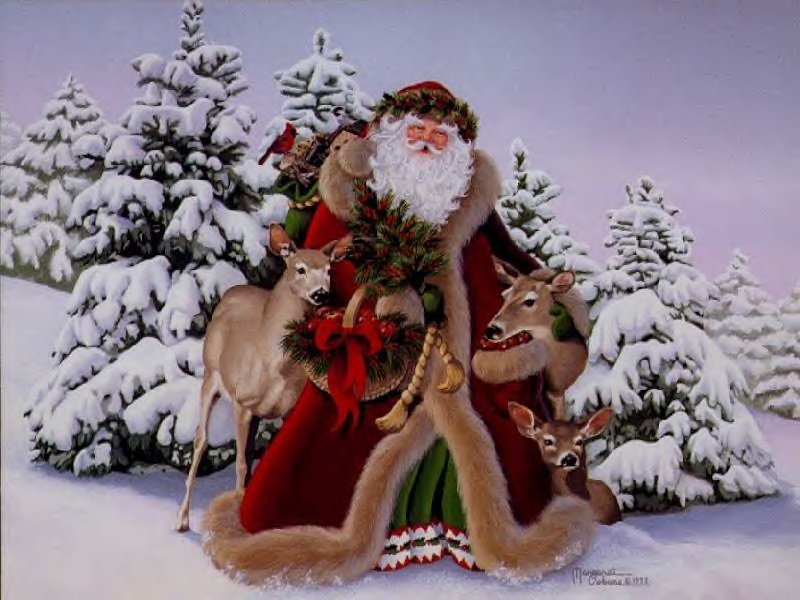 ☼The best place to seek God is in a garden. You can dig for him there. GBShaw☼
Report Inappropriate Content
Message 20 of 28 (360 Views)
Reply
4 Hearts