Auto-suggest helps you quickly narrow down your search results by suggesting possible matches as you type.
Showing results for
Search instead for
Do you mean
Reply
Topic Options
I am still oxox
Honored Contributor

I saw this last night at a local outdoor shopping mall, I think this is great to encourage hand washing. I have previously only seen this at concerts or fairs generally attached to a bank of port a pottys 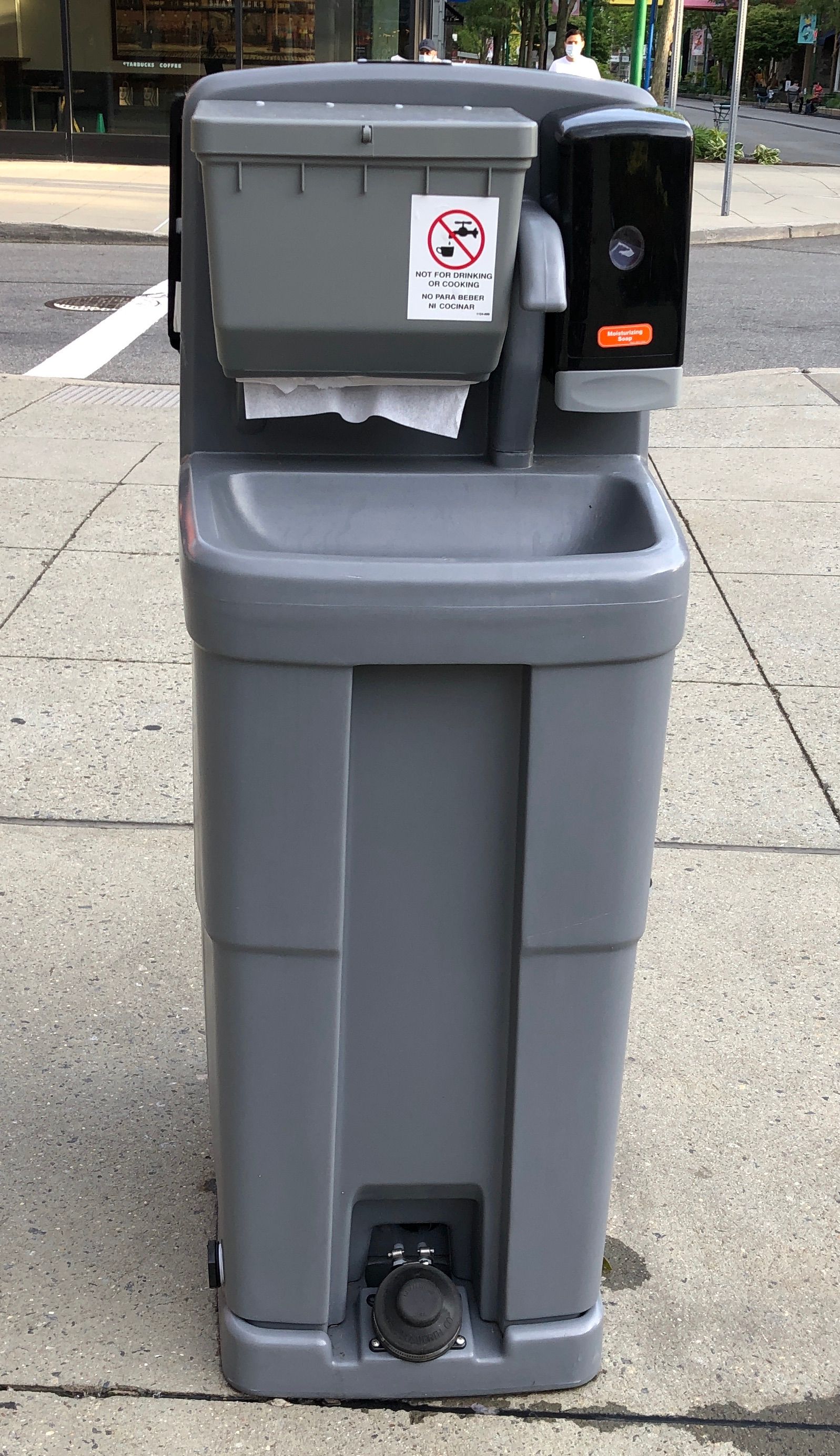 Stop being afraid of what could go wrong and start being positive what could go right.
Report Inappropriate Content
Message 1 of 21 (917 Views)
Reply
10 Hearts
red&curly
Valued Contributor

That's a great thing to implement.So many good ideas.So many things like this if they could just allow the money for...
Report Inappropriate Content
Message 2 of 21 (876 Views)
Reply
0 Hearts
Mindy D
Honored Contributor

It's a good idea, but it would be better if the soap dispenser and paper towel dispenser were non touch, using electronic eyes. Otherwise, the entire device will be covered in viruses. The opening for disposal of the used paper towels should be large enough to allow a hand to go near the opening and make no contact with the bin.

Interesting.... it doesn't seem to be hooked up to any plumbing.  Does that box have to constantly be refilled with water?   Otherwise, great idea!   I'd sure rather use soap and water than sticky hand sanitizer.

* A woman is like a tea bag. You can't tell how strong she is until you put her in hot water. *
- Eleanor Roosevelt
Report Inappropriate Content
Message 4 of 21 (788 Views)
Reply
1 Heart
Deb0509
Regular Contributor

I saw that they have these at Disney World now.

Sadly, I have to predict that thing might last only about 15 minutes on a NYC street before it was vandalized or stolen.

It's not that people in NYC are all destructive maniacs, just that the population density is such that the chances are very high that some malicious fool will come along and ruin something most people would gladly use or simply ignore.

It only takes one person with bad intent or wrong decision making to undermine something that provides for common good. You get a few million people together, there's a proportion of them that come across something new and have their own way of thinking.

Hand washing stations set on the streets are a terrific idea. I don't have any difficulty imagining why I've not seen this catch on in The Big Apple.

I have seen these in front of some businesses.

I haven't seen anybody use them though.

the paper towel dispenser is non-touch, because you pull down on the exposed towel, so only you are touching it.

The Sky looks different when you have someone you love up there.
Report Inappropriate Content
Message 7 of 21 (750 Views)
Reply
1 Heart
kitcat51
Respected Contributor

No thanks...I supply my own handwipes & would never touch that filthy thing.

No thanks...I supply my own handwipes & would never touch that filthy thing.

You do realize right, that there is a foot pump at the bottom that you use to pump the water out of the faucet?

And you also realize that you only touch the exposed paper towel hanging out of the dispenser, right?

The Sky looks different when you have someone you love up there.
Report Inappropriate Content
Message 10 of 21 (701 Views)
Reply
6 Hearts