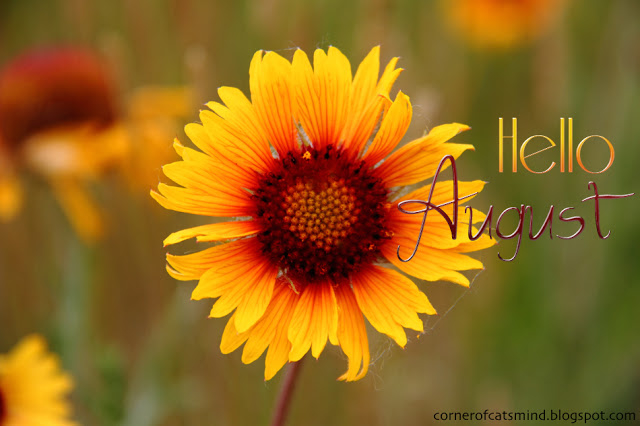 It has been one year since GH returned from the mandated hiatus. Here's a recap of some of the things that happened last August.

Since the beginning of the July thread  some stories inched forward.

Thank you to All who answered the July QOTM.

I will continue to end this thread mentioning some of the things that are affecting all. Whenever you need to vent, we are here. Statistics are reporting we are heading in the wrong direction regarding the virus and the current strain. Keep informed but not to the point of becoming obsessed. Make decisions based on that information and what feels right to/for you and your loved ones.

Please and thank you. ❤️

If you are celebrating a birthday this month let us know.

The Scoop: GH previews, teasers, and spoilers for the Week of August 2 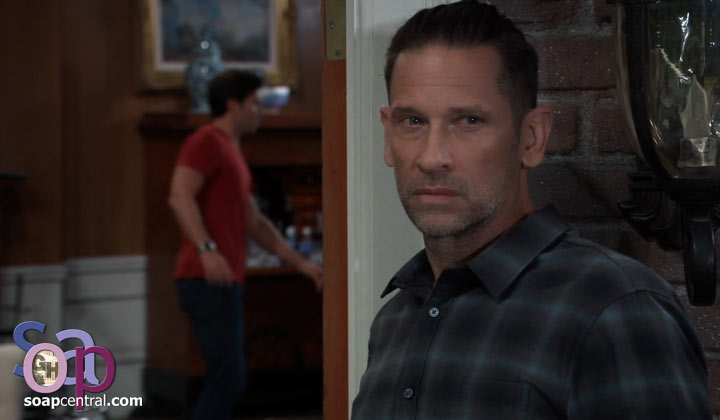 A sneak peek at some of the action that will take place on GH during the week of August 2, 2021.

Oh boo hoo. What else is new?

Jordan makes an appeal to Curtis

Too little. Too late.

Things get heated between Stella and Portia

Stella makes a confession to Curtis

Portia and Trina have a heartfelt discussion

Nina is plagued by a guilty conscience

Who cares if she doesn't do anything about it.

Wiley reaches out to Nina through a video call

Let's start a Go Fund Me page so we can pay these two to stay off our screens.

Alexis gets a visit from Sam and Nikolas

Brook Lynn is suspicious of Valentin

I knew it was time for the sanctimonious blackmailer to put in an appearance.

Jason gives Cameron a few tips in the ring

T.J. is overwhelmed by his emotions at work

Shawn mulls over a job offer

Terry makes an effort to work with Britt

Anna and Liesl have a heart-to-heart talk about Peter

Laura has some sage advice for Dante

Uh-uh-uh... Wonderful to see that the show is off to a positively rousing August start...

GH Spoilers: Harmony Brings Anything But To Willow’s Life

GH spoilers for Monday reveal game playing, a surprising return, a hard reality check, and so much more.

Michael comforts Willow Tait Chase after her mother, Harmony, shows up on the Quartermaine doorstep ready to celebrate Wiley’s birthday. As most viewers recall, Harmony is the antithesis of her name and usually takes about five seconds to upset Willow and bring her to tears. Will everyone see how much Michael cares about Willow?

Her husband Harrison Chase doesn’t look very pleased as he seemingly takes Willow to task, asking how she thought that could be good idea. Did she give her former felonious mother the heads-up about what was happening with her grandson? Or does he mean something else? It’s not all bad for Chase as Austin Gatlin-Holt encourages his progress.

The drama at the birthday party appears to also be bgetting to grandparents (well he will be when they marry) Jason Morgan and Carly Corinthos. Does Michael’s charade of a life remind them of another couple they know? Jason reminds Carly that what they’re doing comes at a cost — for both of them. They’re not the only ones paying.

Nina Reeves feels guilty. She tells Smike something that she’s not sure is a blessing or a curse. Could missing her grandson’s birthday be upsetting her more than keeping Sonny away from Carly is making her happy? Or has it even stopped being about that now and instead has true feelings for the other woman’s “dead” husband?

Stella Henry confronts Portia Robinson and plays her mind games on her nephew’s new lady, predicting doom and gloom for their new relationship. It’s not Portia’s day because she also has a run-in with Jordan, who makes it known that she knows about her and Curtis’s new status, and Jordan feels helpless.

Curtis Ashford may or may not feel his ears are burning as talk about him happens above but he has other things on his mind — as he talks to his new lady’s daughter. It looks like things with Trina Robinson get pretty confusing, as he wonders what is going through the teen’s mind. Will she tell him she supports his relationship with her mom or tell him to go back to his wife?

Some of our long-time viewers may remember him... 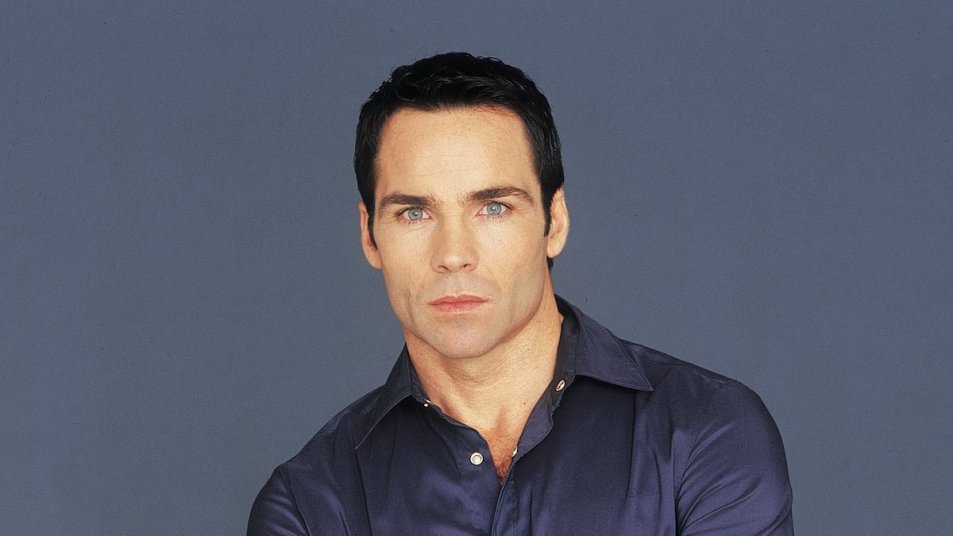 The soap world is mourning the loss of one of its own with the tragic death of Jay Pickett, who passed away at the age of 60. Soap fans will remember Pickett best as Frank Scanlon on the General Hospital spinoff Port Charles, a role he played for nearly the entire run of the soap from 1997-2003. The actor’s death occurred on the set of his upcoming film Treasure Valley, and was announced by his co-star and fellow producer on the movie, Jim Heffel, on Facebook. “I lost a good friend and the world lost a great person,” he wrote. “Jay Pickett decided to ride off into the heavens. Jay died sitting on a horse ready to rope a steer in the movie Treasure Valley in Idaho. The way of a true cowboy.”

Although no official cause of death has been announced, reports from people on the set indicate that Pickett suffered a heart attack while filming...

Watching now for one month, I can say this show has really gone down hill. I remember in years gone by, I couldn't stand to miss an episode. Now, it dosen't matter that much. It's full of dull as dirt stories and people. A major overhaul is desperately needed STAT!!

A few things I want to mention since it's the beginning of a new month.

@grandma r  still thinking of you and your grandson. Hoping  someone has come up with at least a probable diagnosis for him. When you feel like it please provide an update.

@GinaV24  @grandma r  @miata1  @annabellethecat   thank you for the kind comments you posted over the weekend. 🌷

@SloopJohnB  thank you for starting the BD posts last month. Very much appreciated especially since one was for me. 🎈

I spy with my little eye

We've attracted some new ladies. I was going to point you out but maybe this month in addition to "❤️ing", you'll also join in. For you and for our newest posters: 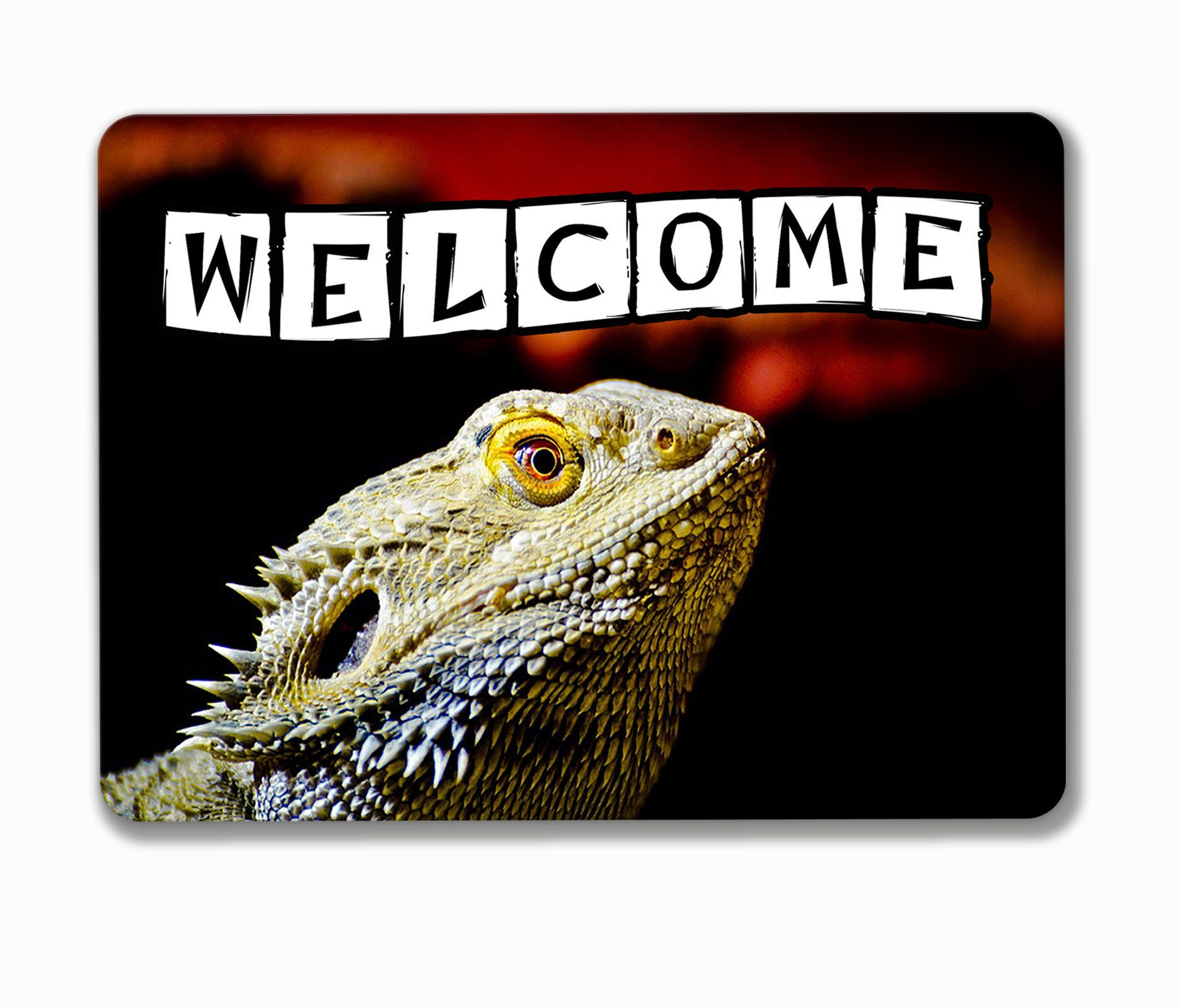 Things get heated between Stella and Portia

And speaking of a Go Fund Me page for Mikey/Willow; I would like to add a page for Auntie "sunshine" Stella to leave town and live a good life somewhere/anywhere but PC.