Auto-suggest helps you quickly narrow down your search results by suggesting possible matches as you type.
Showing results for
Search instead for
Do you mean
Reply
Topic Options
depglass
Honored Contributor

Does anyone know what this is?  It doesn't show up on a search.  Frankly I'm hoping its Diamonique and I might be able to afford it.  She wears some absolutely beautiful gold jewelry.  She this on during her Vitamix hour last night.

Can't find the clip.  Is it this one?

J360152 is the closest.  I don't remember the halo and the emerald cut stone seemed larger.  But this is a good substitute at this point.  I only own one real emerald and its quite small.  Perhps she treated herself to a huge real stone.  Whatever, the color of her ring is breathtaking.

Was watching the Dooney show and even my husband said wow, what a ring! as he walked through the room.

Several months ago ShopLC introduced another one of their triplet quartz stones called emeraldine quartz. On TV it looked spectacular. So I decided to buy a pair of emerald-cut studs and wow do they ever look like real emeralds! I own a genuine Colombian emerald, 1-ct, and I'm here to tell you just how that emeraldine quartz stone looks so much like it...the color, the small inclusions and it even has that emerald glow. I'm hoping they bring it back because I want to buy more of it...just beautiful!

Here's an example of the stone set in a ring (sold out). You can see it has inclusions and the color is spot on for a Colombian emerald. 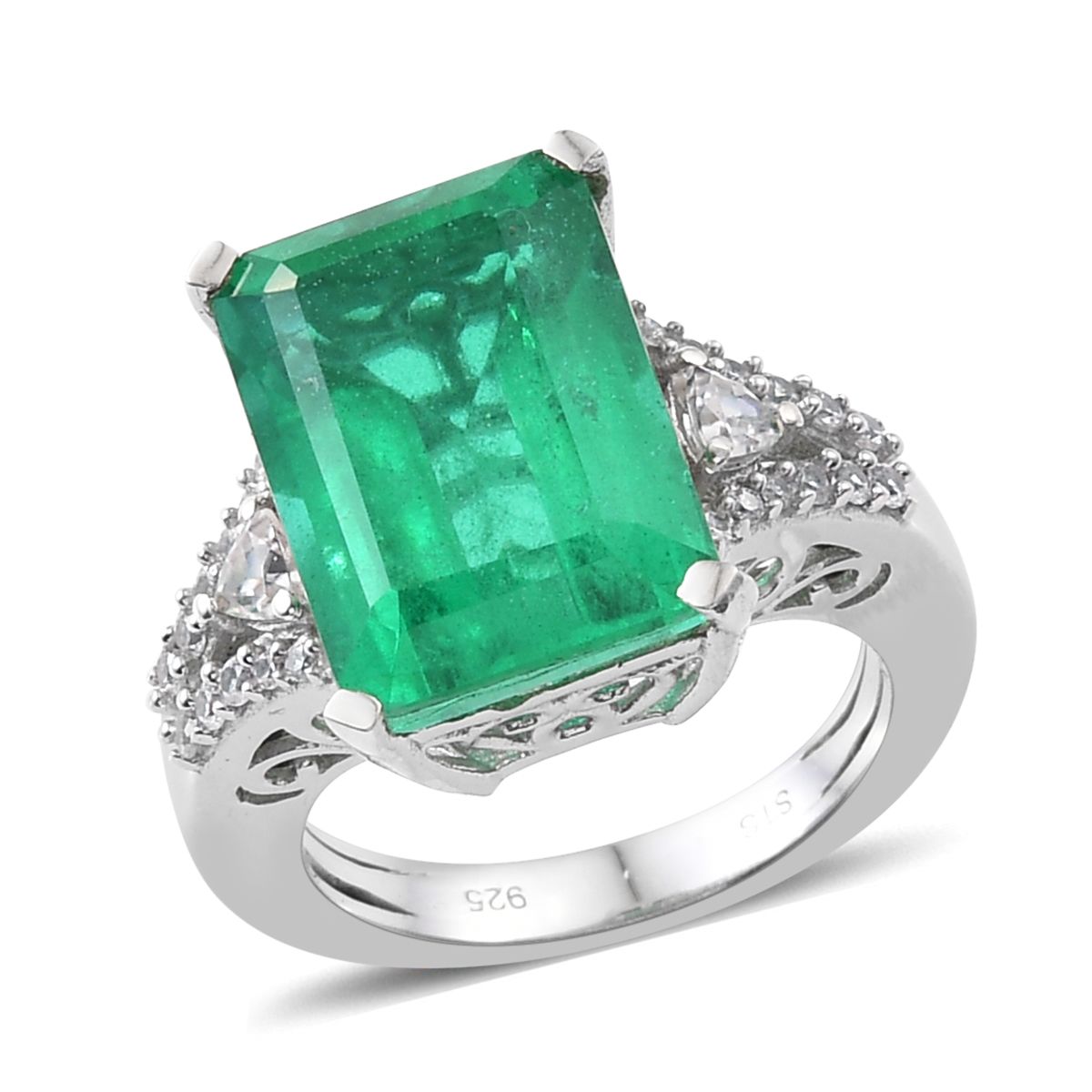 @depglass  I think you are correct.  If I remember accurately Antonella worked on the design of this ring with Erin - the Diamonique representative.  It's quite the statement ring.  A real emerald of that quality and size would be quite expensive.

Does anyone know what this is?  It doesn't show up on a search.  Frankly I'm hoping its Diamonique and I might be able to afford it.  She wears some absolutely beautiful gold jewelry.  She this on during her Vitamix hour last night.

@depglass  I did not see the show, but yes, the ring was -- J360152.  That's the ring Antonella designed with the Diamonique team.  She wears it nearly every show now.

I snagged it, why wait, it may sell out.  Thanks all for your help.  I also buy a lot from LC, but have not seen an Emeraldine show. I did experience the new checkout routine, not bad.

@depglassI bought that ring also...it is beautiful and you will love it. Very comfortable to wear. Anytime I wear it I get alot of compliments. I also wear it whenever the mood strikes. I dont save it for a fancy occasion either!! Enjoy and wear it in good health!