The Queen has welcomed King Abdullah II and Queen Rania of Jordan to Buckingham Palace. Elizabeth II was joined by the Princess Royal for the meeting which was also attended by Crown Prince Hussein of Jordan.

The friendship that exists between the two families was clear to see as they greeted one another at the Palace as they chatted about previous meetings. The two royal families have known each other for many years and the Queen hosted King Abdullah and Queen Rania on a State Visit to the United Kingdom in 2001.

After posing briefly for photographs, the royals then held a private meeting before the Queen and the Princess Royal welcomed their guests to lunch at Buckingham Palace. King Abdullah has just marked the twentieth anniversary of his rule – he took his country’s throne on February 7th 1999 on the death of his father, King Hussein. 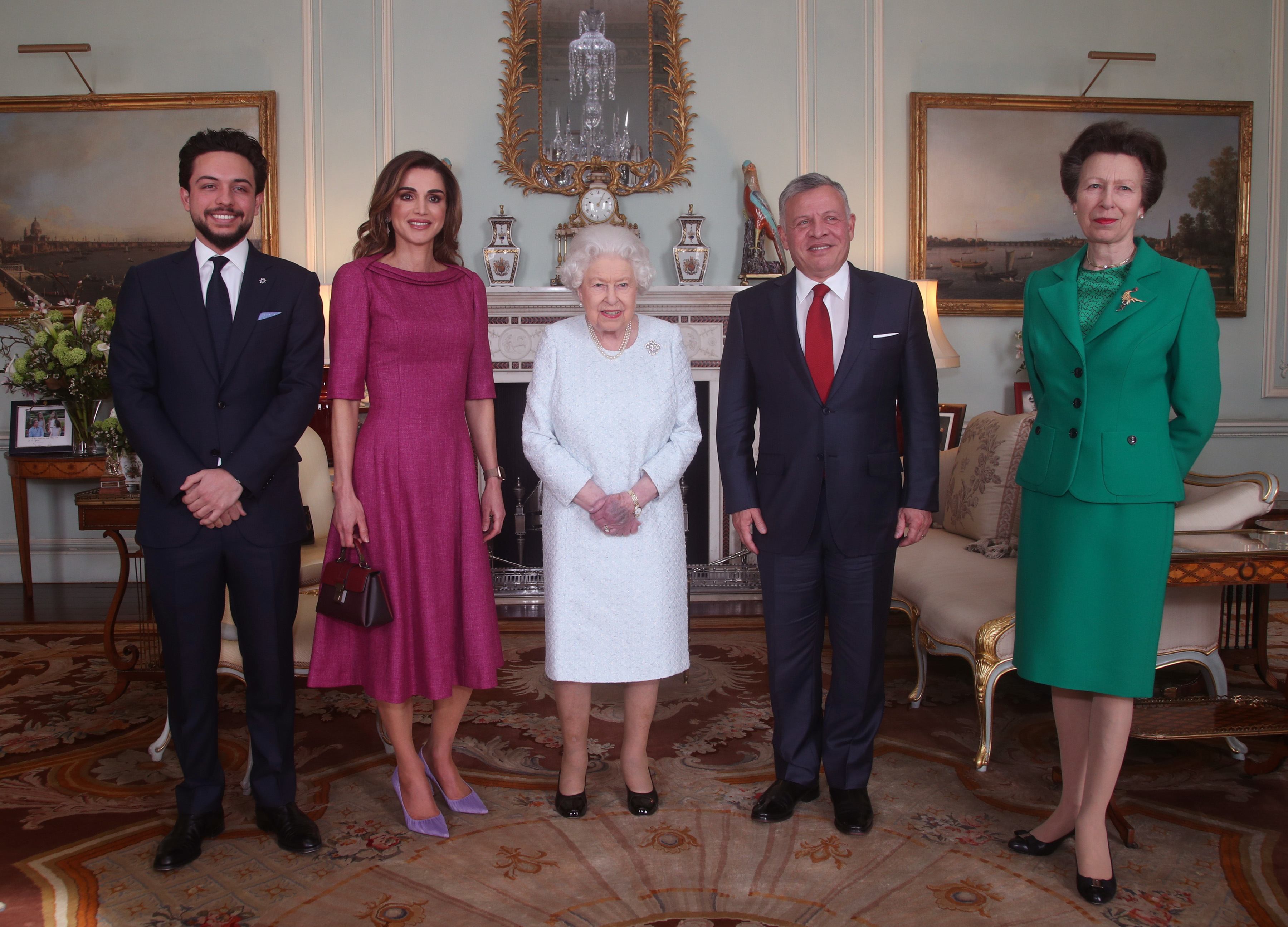 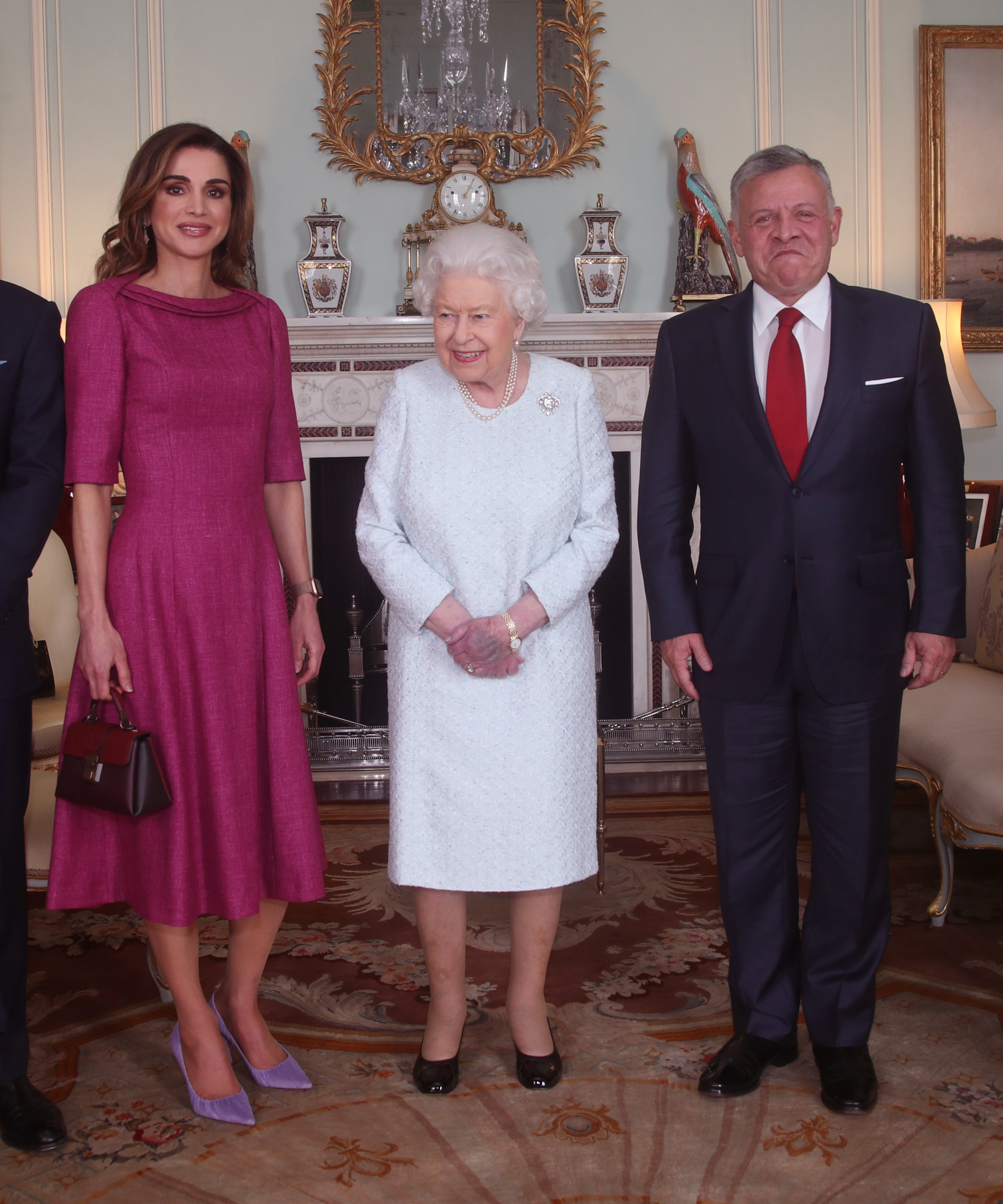 Saw these yesterday and people were talking about the obvious discoloration on the Queen's hand. Hopefully nothing serious.

"Women belong in all places where decisions are being made. It shouldn't be that women are the exception."-Notorious RBG
Report Inappropriate Content
Message 2 of 30 (1,117 Views)
Reply
8 Hearts
Highlighted
CANDLEQUEEN
Honored Contributor

Queen Rania is so pretty!!!

"Women belong in all places where decisions are being made. It shouldn't be that women are the exception."-Notorious RBG
Report Inappropriate Content
Message 4 of 30 (1,100 Views)
Reply
11 Hearts
Highlighted
lmt
Respected Contributor

Princess Anne looks very nice; that's a lovely shade of green on her. 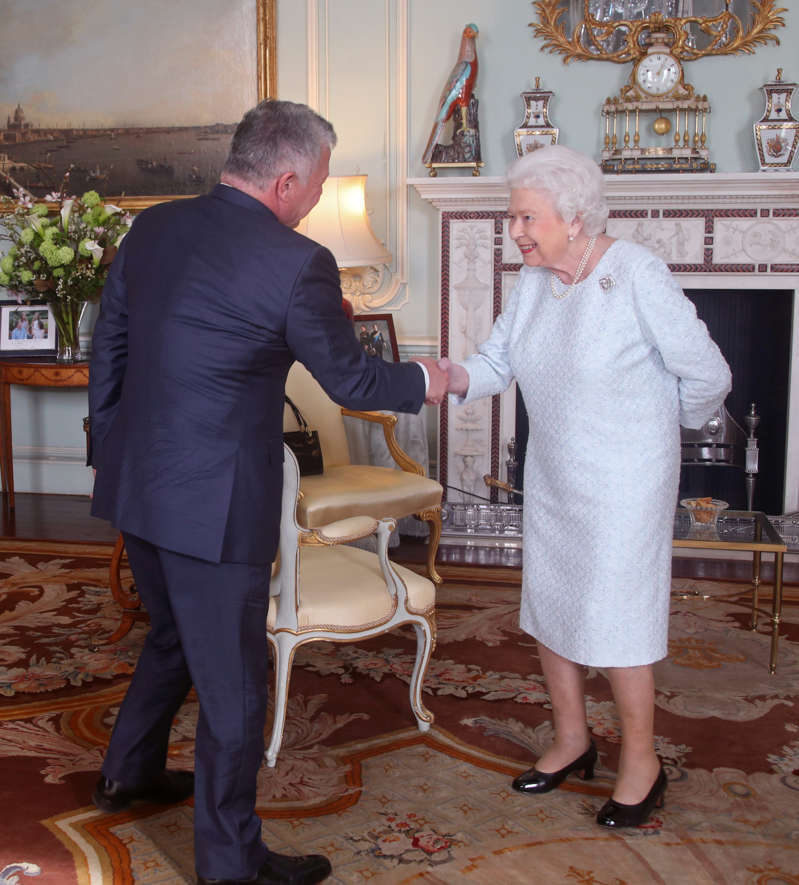 QEII hand appears to have had an IV infusion.  It could have been something she gets at Buckingham as opposed to going into a clinic, etc.  At her age, she is probably iron-deficient and gets iron infusions.  That's not uncommon.  I get them myself and I am nowhere near her age and my hand turns blue (not that bad, but blue) from the needle stick but when I was in the hospital with sepsis urinary tract infecton and diverticulitis, my hands and arms looked like that from so many sticks because they were unable to hit a vein due to dehydration.

Princess Anne has a perfect curtsy  I can see how this would take some practice and balance!

Saw these yesterday and people were talking about the obvious discoloration on the Queen's hand. Hopefully nothing serious.

Don't cry for a man who's left you--the next one may fall for your smile.
-- Mae West
Report Inappropriate Content
Message 8 of 30 (1,027 Views)
Reply
3 Hearts
Highlighted
Sadiesadie
Trusted Contributor

@Sadiesadie  I agree, Queen Rania is a very attractive woman and she looks at least 10 years younger.