Auto-suggest helps you quickly narrow down your search results by suggesting possible matches as you type.
Showing results for
Search instead for
Do you mean
Reply
Topic Options
Lilysmom1
Valued Contributor

Looking for recommendations for a tablet that I can use the iPad Netflix app on and download movies for later viewing offline.  Don't want to spend the money for iPad unless necessary as this will be the only use for the tablet.  What is your recommendation and how much memory do we need.  TIA.  S aka Lilysmom

You can download Netflix app for android on Google.  That would open up your options.  Google what amount of memory you need for movies.  Maybe buy a 10" Fire with smallest memory and buy a microchip (maybe 400) to very inexpensively upgrade your tablet. If you go Fire/ microchip route it'll definitely cost you less than $150, including case and screen protector.  If you want, call Amazon Fire help and ask them what they recommend for memory.

@Lilysmom1.  This may be your most inexpensive option, the Amazon Fire Tablet.  Its a nice size for viewing movies and has an expandable memory using a SD card that you purchase that can almost makes the memory infinite.

You can download movies on virtually any tablet.  It's just called the Netflix app (not iPad) which you download from the Play Store.  You can perform most computer functions on this device.  There is a monthly subscription to use Netflix which will also cover your TV.

At Christmas QVC and HSN had a version of this tablet for well under $100, but it may have been a different model.  It does display some ads. 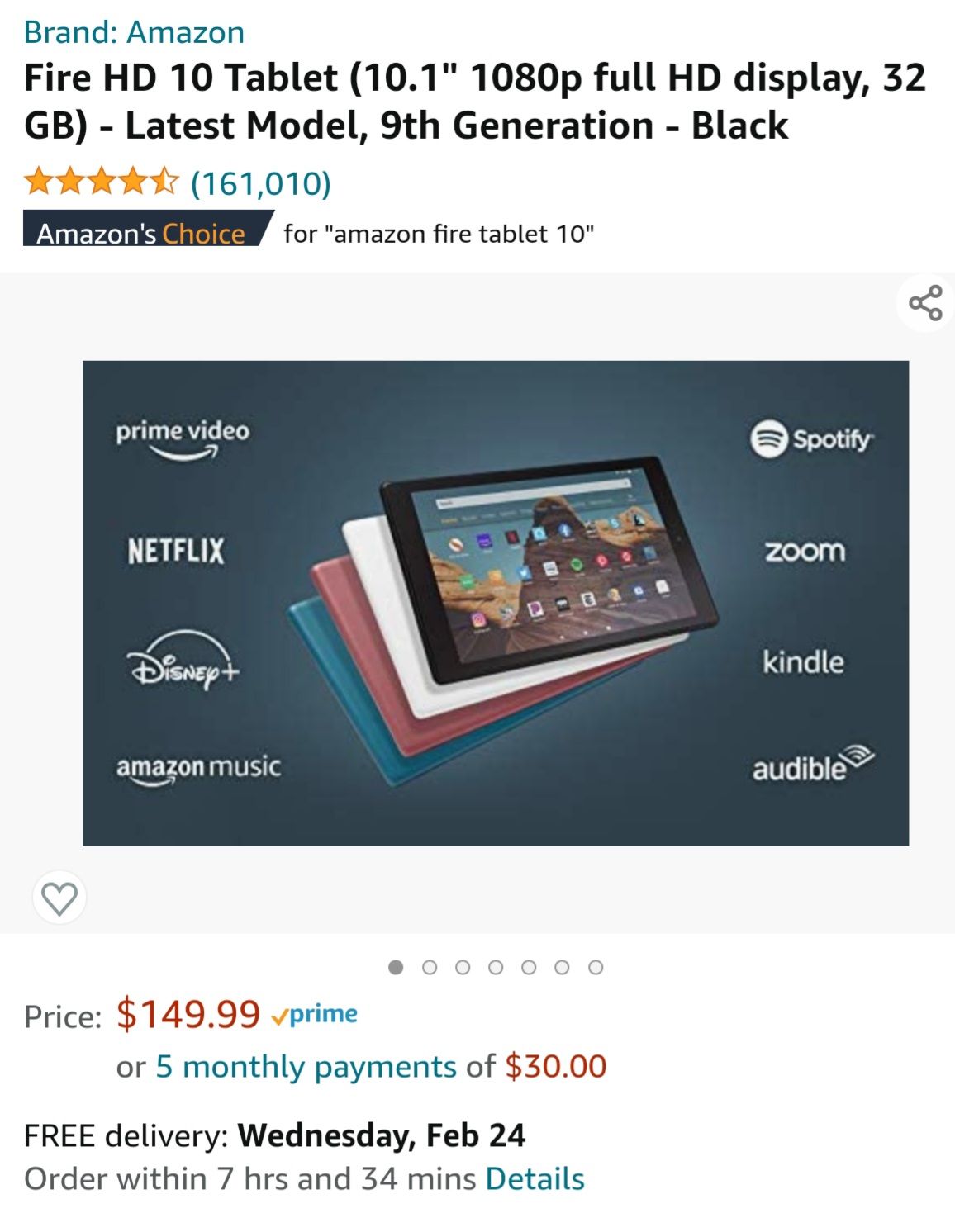 You will not be happy with a Fire tablet running  Netflix. A Fire tablet only has 23 GB of free storage and 2GB of  RAM.

If you decide to buy a Fire tablet make sure you can share the movies with a large TV. You maybe able to use a cable or Bluetooth.

You maybe able to use Firestick or Chromecast to bring movies to a big screen.

The last option is buy a new iPad Air 4.

I should not have called it the "iPad" Netflix app.  I do realize you can get the app via android devices.  This is for my brother.  He has a summer camp he goes to where there is no internet.  He has an iPad that just recently became so old the Netflix app does not work anymore.

He doesn't use the iPad for anything else so I told him to look for a less expensive alternative.  He downloads movies and series episodes to watch without internet.

I was hoping for a recommendation from the always helpful electronics forum.  If iPad is the best alternative, he will go that route but I was thinking there might be a cheaper answer.

If the Fire tablet does not have sufficient power to do this, I wouldn't recommend it to him.  Looking for trouble free  viewing.  S

I purchased my first tablet the Fire HD 8 Plus and this one has 3GB with 64GB.  I watch Netflix and Prime Videos on this and the sound and picture are great.  The battery life is great and it also has the fast charging with USBC charge and is wireless charging.  You can also add more storage should you need it.  I really like it.

@Lilysmom1.  By using the SD card, the Amazon Fire has the capacity of storing more movies than your brother could probably ever download.  The memory on iPad is not expandable.  Once its full, one must start deleting stuff in order to download new material.  I'm sure the quality of the display is much sharper in the pricey iPad but it's quite adequate in the Amazon Fire.

By the way, I had an iPad2 years ago and a small Amazon Fire but currently use a Samsung tablet, which is somewhere between the two cost-wise.  It has a great display and an expandable memory.  It's my tablet of choice, and I'm on my second one.

@Lilysmom1 :  You didn't specify whether your brother was a camper or a counselor; particularly if he's a camper I'd double down on my rec of a Fire tablet ( It'll do the job and not be a target for theft).

@patbz , he is a camper.  No or few worries about theft.  His lake is pretty remote.  S