Auto-suggest helps you quickly narrow down your search results by suggesting possible matches as you type.
Showing results for
Search instead for
Do you mean
Reply
Topic Options
Highlighted
KingstonsMom
Honored Contributor

Olympic skier Bode Miller's distraught wife broke down in tears as she described the life altering moment she discovered their 19-month-old daughter floating in their neighbor's pool.

Miller and his wife, beach volleyball player Morgan Beck Miller, lost their daughter, Emeline, in June after she fell into a pool during a neighbor's party.

'There is not a day that goes by and I don't pray for an opportunity to go back to that day and make it different,' Morgan said in an emotional interview on the Today show, Monday. 'But now we have this opportunity to make other parents' days different.'

The couple relived the horror of the day they lost their little girl.

'It was a normal day. Every morning, the kids would go swimming and Bode would go swimming with them, and they'd be in there for hours. And they loved it,' Morgan said, adding that Emmy had 'zero fear of the water.'

The family went to a birthday party before Morgan and Emmy spent the afternoon visiting with friends and grandparents. They returned home to say goodbye to Bode who was taking his oldest daughter to her softball game.

Morgan said that, as they often did, she and her four children went to visit one of their neighbors who she described as like 'family to us.'

'We go over, back and forth, multiple times a week,' she said. 'And it was just a normal day over there. We sat on the sofa and she played in front of us.'

Morgan says she was enjoying a cup of tea while Emmy ran back and forth. But suddenly, she got a sinking feeling in her stomach.

'All of the sudden, it was just too quiet for me,' Morgan said. 'We're in mid-conversation and I stood up. And I turned and I went right to where the boys were and I said "Where's Emmy?"'

But it was then she spotted that the door, that lead to the backyard, had a 'tiny sliver of light coming through the side.'

'My heart sank and I opened the door and she was floating in the pool. And I ran and I jumped in.' 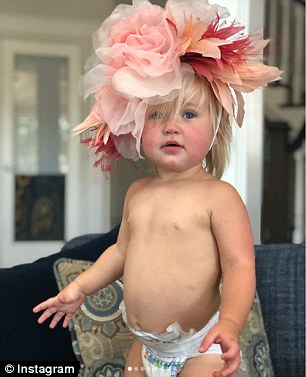 Much more of the interview/videos here (too long for here):

You never know how strong you are until being strong is the only choice you have.
Report Inappropriate Content
Message 1 of 62 (2,371 Views)
Reply
8 Hearts
LyndaGee
Respected Contributor

Saw a clip of the interview on another show.  Poor child.  Just heartbreaking.

So sad....I only hope that maybe it will protect another child from a similar fate.  I"m sure that day is replayed daily in the family's mind...wishes for peace.

This made me think of a line from a song from "Hamilton " about the death of a child. " learning to live with the unimaginable ".

The little girl looked  just like her beautiful Momma.

Just about the saddest thing to imagine....

if something like this had ever happened to my child while say in my DH's care... I do not know if I could ever forgive him...

That sounds so mean and awful... but, I imagine that is something that this couple will have to deal with on top of the loss of a child.   The guilt and so much forgiveness no matter how much love you have for one another.....

I know many marriages end with the death of a child... it is just so overwhelmingly sad and difficult to get through......

Try as we might, it is impossible to keep an eye on your children 24 hours a day, day after day.  Still, I imagine the guilt would be overwhelming.  But I think with time, you could forgive yourself and a spouse.

What I think would be very difficult to deal with is the situation like the one at the Disney resort.  The father was with his child where they should NOT have been in the water, when the aligator grabbed and drown the child.  The parent put the child at risk and the child died.  I don't think I could every forgive myself for that.

I live in AZ.... there are many people with pools and we often hear of children who drown in pools.

I feel for the families.... I dont care how much one tries, no one can prevent every tragedy.  I think the most difficult thing is for the person/s who are the caregivers to realize that they have to forgive themselves to move on.  It is not easy.

I hope every family has a support system.  A loving group of people who will help them thru the grieving process.

Regardless of the reason, losing a child is the most difficult  experience to live through.  And...you just do...somehow.  My heart goes out to the Bode's.

I’m sure their grief is unconscionable.    The neighbor - I cannot even imagine

Tragic.  But no fence around that pool???  They fenced their own pool but go to a neighbor who hasn't?  I really can't stand to hear the can't watch them 24-7 excuse.  It's a toddler.  You watch them all the time.  If I were him I could never trust her with my babies.