Auto-suggest helps you quickly narrow down your search results by suggesting possible matches as you type.
Showing results for
Search instead for
Do you mean
Reply
Topic Options
songbird
Honored Contributor

If you know who he was, you know he was the best of a character actor.  For those that don't , he was in these films.  Cool Hand Luke, In the Heat of the Night, The God Father part 2, Repo Man, Private Benjamin, The Black Marble and on and on. Around 70 of them.  Oh don't forget TV "Twin Peaks"

Played the dad in Pretty in Pink....

Wonderful character actor. Long life, may he be in peace.

"I took a walk in the woods and came out taller than the trees." Henry David Thoreau
Report Inappropriate Content
Message 4 of 11 (1,046 Views)
Reply
1 Heart
Blingqueen023
Respected Contributor

Didn't know he was that old - RIP.

For those who used to watch Big Love on HBO about the polygamist (Bill Paxton), Harry was in that show also.   He's with Bill Paxton now..... 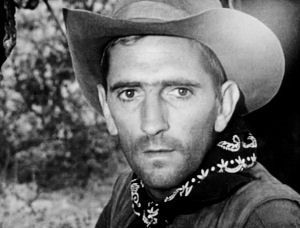 One of the reliable.

every role he played was different and believable.  One of his early films was in Cool Hand Luke.  He played in a comedy Kelly's Heroes, then played a gay hitchhiker in Two Lane Blacktop, then he played a dognapper (that's right) in The Black Marble, but he really hit it big in a romantic role in Paris, Texas.  He had a large cult following started by movie called the Repo Man.  He was in Alien.  The God Father Part 2.  You name a movie, Stanton was in some way or another.  An actor that always worked. Too homely looking to be a leading man and too talented to ignore.