Auto-suggest helps you quickly narrow down your search results by suggesting possible matches as you type.
Showing results for
Search instead for
Do you mean
Reply
Topic Options
The Monkey on My Back
Respected Contributor

How (Not) to park your Porsche In Vancouver

The scraping sounds made my teeth hurt : (

"...A YouTube video showing a luxury car being battered in what can only be described as one of Vancouver's worst-ever parking jobs has helped police solve a hit-and-run apparently involving an unlicensed teen driver.

The cringe-worthy video, "How to Park Your Porsche in Vancouver," goes on for nearly two minutes as the driver of a white Porsche Cayenne SUV repeatedly slams into the side of a garage as it tries to get inside after cutting the corner a little too sharply.

The person shooting the video can be heard saying "just about got it," after the driver spins his wheels repeatedly and crunches the driver's side into the garage's wall.

The video ends when the now mangled high-end vehicle finally makes it inside, but not before several part of the back bumper fly into the alley.

Vancouver police tell CTV News they have spoken to the driver, and say he was involved in a minor hit-and-run accident on June 16th on the city's West Side. The mother of the 16-year-old was out of the country, and the teen – who does not have a driver's license -- was driving her car, says Const. Brian Montague.

Although the accident was fairly minor – the SUV allegedly hit a parked car – the teen did some pretty good damage to his mom's vehicle, Montague said.

If the young man would have stayed at the scene he would have likely only gotten a ticket for driving without a license, and it "wouldn't have been a big deal," Montague said.

But because he left the scene he is now charged with driving without due care, hit and run, according the VPD.

Officers only had a vehicle description for the hit and run last week, but Montague said the YouTube video made it much easier to find the driver – and it helped shorten the investigation significantly."

All I can say is OMG!  What ignorant mother goes out of the country and leaves a 16-year-old home alone with the car keys!!!

All I can say is OMG!  What ignorant mother goes out of the country and leaves a 16-year-old home alone with the car keys!!!

@DoneTryin  Yes!  My point exactly.........apparently SHE never saw the film! 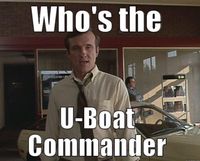 "Cats are poetry in motion. Dogs are gibberish in neutral." -Garfield
Report Inappropriate Content
Message 6 of 8 (335 Views)
Reply
1 Heart
The Monkey on My Back
Respected Contributor

I had to let out a chuckle when the guy taking the video says "Just about got it" after the Porsche accelerates into the side of the garage. Priceless.

"Apparently you can fit a round Porsche into a square garage... You just have to scape off a few parts first... Painful!"