Auto-suggest helps you quickly narrow down your search results by suggesting possible matches as you type.
Showing results for
Search instead for
Do you mean
Reply
Topic Options
SaRina
Respected Contributor

I am pleased to say that since I told her that, again, I would NOT be going w/her to her meeting she has toned it down.

I did see her last Thursday with a group of people and she told how she's earned her pearl earrings and bracelet and look, she's now at sapphire level and showed us this big blue sapphire ring and a necklace w/different colors of sapphire-I think it was a station necklace?  She was all proud and happy but it made me sad because I wondered how much product she had to order to get to her sapphire level. I told her congratulations and moved on to another subject.

It is clear I am going to have to be firm and stand my ground because if there is even a glimmer of hope I may buy something from her then it is game on!  She gave her director my cell # without asking my permission.  I just ignore those calls and texts-easy enough to do but jeesh.

Wow.  This would absolutely set me off and I would tell her so in no uncertain terms that she had no right to do that.

i was a mary kay rep 2x's in my life. once in the 80's, didn't last long, moved really right after i got into the organization.

fast forward to 2007 (or so), went back into the group. I purchased a whole bunch of merchandised. couldn't sell the garbage to anyone. spent a fortune. took me years to pay off that credit card, but I did it.

I went to the meetings many times, it was a whole bunch of whitewashing material for the brain to absorbe.  I was hounded by several higher senior MK rep's to sell, sell,sell, and sell somemore and buy, buy, buy , buy even more.

when I told the group i belonged to I was getting out, I became a PLAUGED person. I was dropped like a hot potato, i was not even talked to by these gals if i ran into them on the street. They would look at me like i was invisible.

You are OK if you keep buying the junk they sell, but if you stop, you are dead to all of them.

OMG-she just came back from something in Dallas, TX, a seminar I think she called it.  And boy is she back on the wagon again-can't wait for me to try some new products, etc.  She has been texting me for the past few days about "getting together" so she can tell me all about the new products.... I haven't responded.  She doesn't seem to want to hear "no" or she chooses not to hear "no" so maybe the sound of silence will work better.

I have a question for former MK ladies here-is there going to be some point where she will quit trying with me?  Did you keep after someone?  If so for how long?

Write.her.off until and unless she leaves MK.

She will never stop with you as long as she is involved. She has drunk deep of the Kool-Aid and *does not want* to respect your feelings; no reason you need to continue respecting her desires. 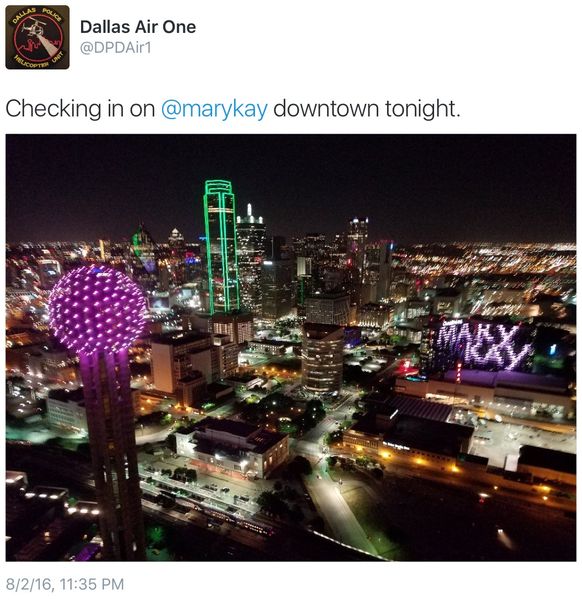 MLM schemes have soured many a friendship.

she will never quit, she will keep pestering you and the further she gets into the web, she will constantly call you.

Don't be disappointed when your friend keeps after you. Expect it and be consistent in refusing her - every. single. time.

ETA: Just a reminder that you are paying for these unwanted texts.

OMG-she just came back from something in Dallas, TX, a seminar I think she called it.  And boy is she back on the wagon again-can't wait for me to try some new products, etc.  She has been texting me for the past few days about "getting together" so she can tell me all about the new products.... I haven't responded.  She doesn't seem to want to hear "no" or she chooses not to hear "no" so maybe the sound of silence will work better.

I have a question for former MK ladies here-is there going to be some point where she will quit trying with me?  Did you keep after someone?  If so for how long?

Oh, man.  If I had been telling someone "no" repeatedly and they were still pressuring me, to heck with the friendship.... and I don't think I would be too nice about it.  If you don't respect my explicit wishes, then I have little regard for you and will tell you so.  I would tell her in no uncertain terms to stop texting me, calling me, and to leave me alone.

Normally, I would never be rude, but this sounds like out and out harassment, and may require a mild warning.

I lost what I thought was a friendship a few years ago because a friend decided to sell candles and hobby lobby-style home decor accessories for an in-home sales company. It was obvious to me right away that she was being trained not just to sell the stuff but to build a business by getting anyone and everyone she knew to start selling, too. The more people working under her, the more she could make. She had fallouts with me and other friends because she was pressuring us to have home parties at which she could show the products and then wanted us to sign up to start representing the company, too, Such companies train the reps to bug everyone they know, of course. I gave one party just to be a friend and help her get going with her venture, but after that she was not only annoyingly persistent in trying to get me into her business but, worse, she became angry when I refused. I didn't take early retirement to do that! I had to screen calls and stop talking to her.