Auto-suggest helps you quickly narrow down your search results by suggesting possible matches as you type.
Showing results for
Search instead for
Do you mean
Reply
Topic Options
Highlighted
just bee
Honored Contributor

The ComPact is a commitment to simplify, pare down, streamline. It began as a way to gain some control over our collections of beauty products. Why were we amassing so much, yet not using what we were buying? Why were we always searching for the next new product? Why couldn't we just find what worked for us and stick with it?

The ComPact, however, is not restricted to beauty items. If you have a collection you want to address, do it here. Choose an area you want to work on, and track your progress on the ComPact thread. Members will offer tips and encouragement.

Choose one of our many mantras (“One by one until they’re done!” “We are SPAHHHRRRTAN!!!” “Not until you really have to.” “Buy less, choose well, make it last.” “Resist the propaganda.” "If it's high, I don't buy!" “When in doubt, do without!” “Start where you are, use what you have, do what you can.”  "Only the store, online no more!" “Shoplighters of the World Unite!”) or create a new one and share it. Target items each month to toss, donate, or use, and post your “chopping block” -- or “hit list.” Post temptations, post victories.

They say it takes 30 days for something to become a habit: Let's see if taking the ComPact one month at a time works for you.

Hey, all you HEPcats and HEPdogs! We had discussed making the Healthy Eating thread a monthly jam session, so I just went ahead and did a little improvisation.

This is an invite to our crazy crib where you can come and break it down! I say we go 18 karat on this and really swing. If healthy eating’s not your bag, no problem. But if it is, I dig. 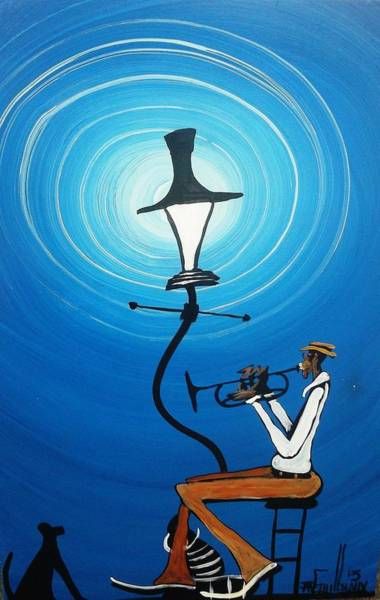 Now I know the world is coming to an end.  I just saw two bees rolling around on a stack of bricks in the yard.  It looked like they were fighting.

I broke it up.

At least I think they were fighting.

They were fighting!  I think a colony is going to take ownership of the giant stack of bricks in the yard!  I was thinking pizza oven -- not bee hive!

Now I know the world is coming to an end.  I just saw two bees rolling around on a stack of bricks in the yard.  It looked like they were fighting.

I broke it up.

At least I think they were fighting.

They were fighting!  I think a colony is going to take ownership of the giant stack of bricks in the yard!  I was thinking pizza oven -- not bee hive!

That's quite possible.  We had some leftover bricks from building our house which have been sitting in a stack since 2005.  Thankfully they're not close to the house because they seem to attract all sorts of species.  Bees, hornets, mice, and then of course, snakes.  To name a few.  Ew.

It doesn't take long before critters take advantage of humans.  And it won't take them long to obliterate every sign of us when 'our' world does end.

@just bee  If the bees make a hive, maybe let 'em? I think they need all the help they can get.

Meanwhile, my Websters says, "Jacked, or jacked-up: (1) physically or mentally stimulated from the effects of a drug or stimulant; (2) having very well-developed muscles." So, (1) okay if you include coffee or wine; (2) uh, thanks, I think.

Also, I had a little tea party yesterday, and the Paris tea you recommended is delish! And the little teabags are almost too precious to use. One was plenty for a big pot of pretty strong tea.

I did that some years ago.  I had accumulated so many!  Used to be that when you got a new check order, you also got a new checkbook cover.  Not so anymore.

I'm glad I kept a few since just the other day I needed a new cover.  After fifteen years, my checkbook cover finally needed replacing.

Wow, is it really a new month. I knew it, but it just hit me when I came to catch up.

I took 3 bags of donations to the Salvation Army today. Not overly huge bags but good to get some stuff out. It dawned on me that if I really want to donate I better get to it because I just dont have faith we will not go on lockdown again. I dont want to sit with this stuff for months on end.

I also need to get to some much needed important stuff, like banking and such, before anything further happens.  I have a lot of work ahead of me but if I dont get started nothing will get done. Too bad I dont have my own genie.

I organized my walk in closet yesterday. By organize, I just cleared the floor and straighened up the shelves. I have to say, it really is best not to bring it in to begin with. I just dont know now what to really get rid of and none of the tricks are helping me.  As far as clothes, I pulled some for donation but not much. Until I figure out this weight thing, I dont want to get rid of much.

I am determined to make it to the beach once this year, if not more if our "bosses" allow. I need a change of scenery. But, I am almost just curious to see how crowded it is there. I hope not overly. I dont like overly crowded beaches or anywhere else for that matter.  Well, I tried on a bathing suit yesterday and boy oh boy, talk about gaining some perspective. I wish perspective was all I gained.

So I finally ordered some masks. I have some neck gators but not sure how comfortable I find them. Still trying to figure it out. But, disposables finally went down to 10 for 50 so I jumped on it.  The funny part is they came from china and I ordered them from Walmart. I guess it was just a drop ship.  Not that I thought they were made in the US. I finally gave in and ordered some because it looks like we are in this for the long haul. It has taken on a life of its own. I refuse to wear them outside though. I see people wearing them in the heat when no one is even near them and it makes me crazy. How in the world do people stand them in the heat.

Anyway, looks like I have some catching up to do for the month of June

I had so much to say and am drawing a blank.

@Eager2Learn  Hilarious! I've got a couple--and it's been years since I even wrote a check!

@Eager2Learn - how many old ones? None. Why would you keep them? I do keep one or two new checkbook covers as backups in case one we are using rips out, but no old ones.