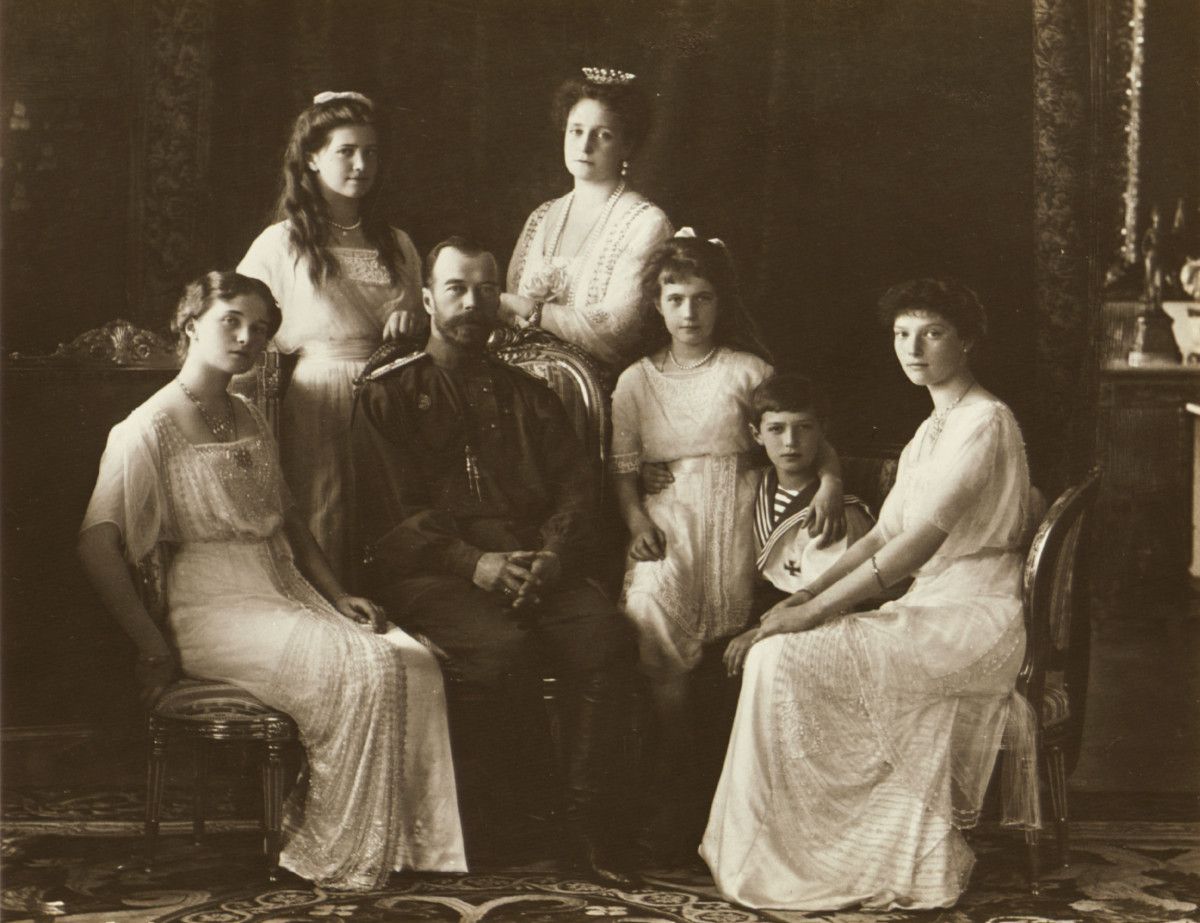 This week marks an anniversary of the massacre of the family which took place on July 17, 1918.  I wonder why it took me so long to read Robert Massie's popular masterpiece of the Sixties,  "Nicholas and Alexandra".   It is a page turner about a doomed family of endless fascination. 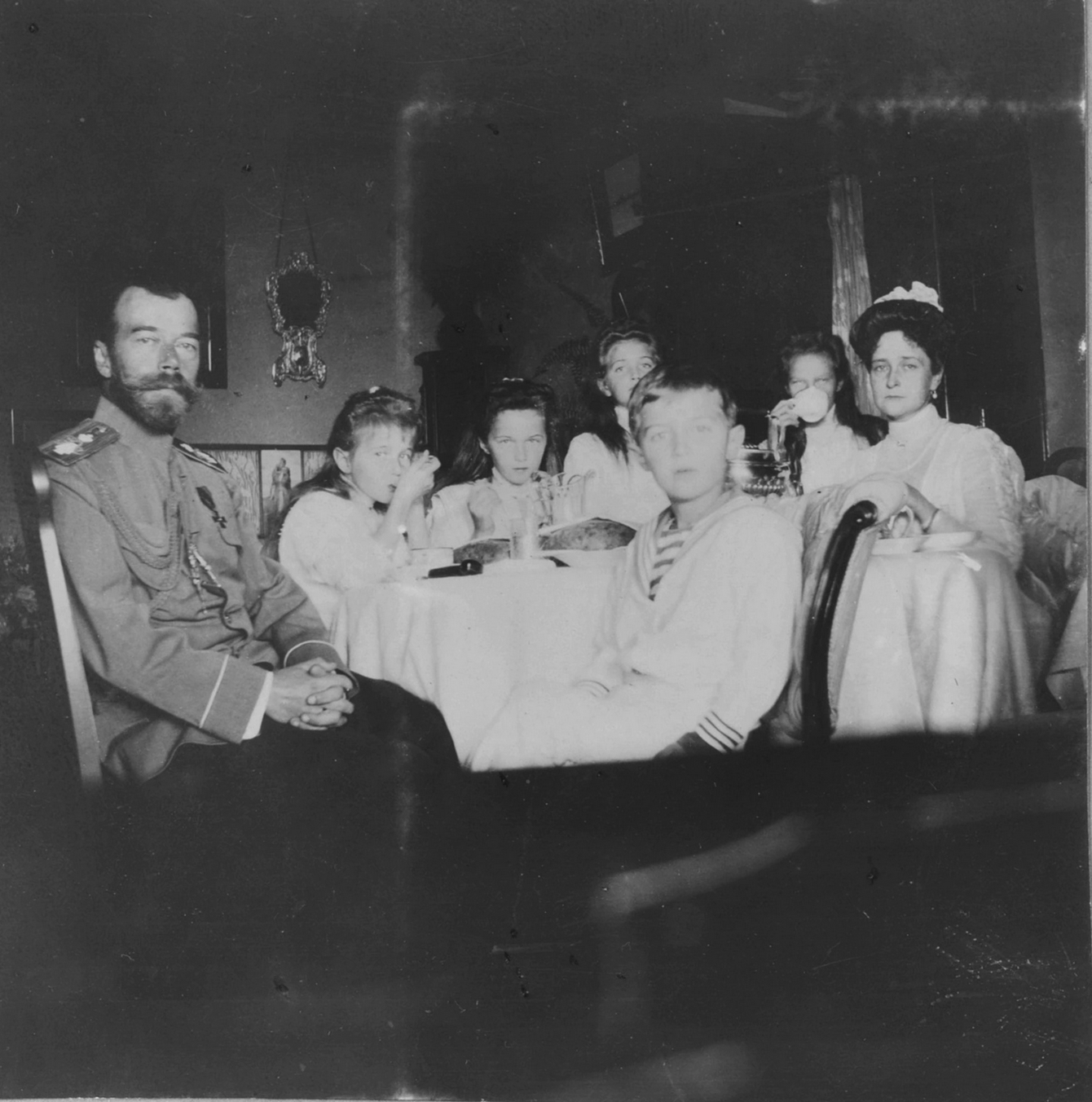 Massie immediately sets the stage by bringing us to 1894 Russia.  His descriptions are vivid:

"Here and there, thinly scattered across the broad land, lived the one hundred and thirty million subjects of the Tsar:  not only Slavs but Balts, Jews, Germans, Georgians, Armenians, Uzbeks and Tatars....... For the interminable months of winter, the open country bacame a wasteland of freezing whiteness. Inside their huts... the peasants sat around their huge clay stoves and argued and pondered the dark mysteries of nature and God." 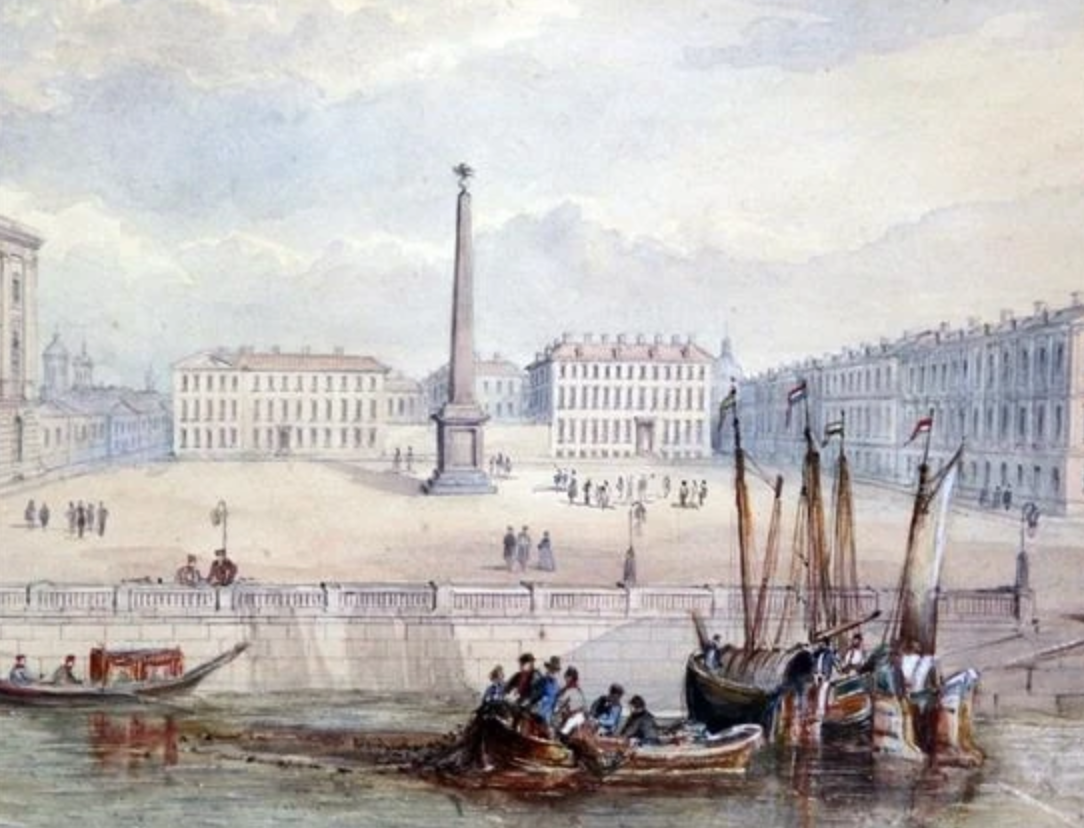 Beautiful St. Petersburg--  "Venice of the North",  "Babylon of the Snows" is brought to life.   Members of the Imperial family are always speeding along the Nevsky Prospect to one ball or another.    All the ingredients for unrest and the coming revolution are there.... 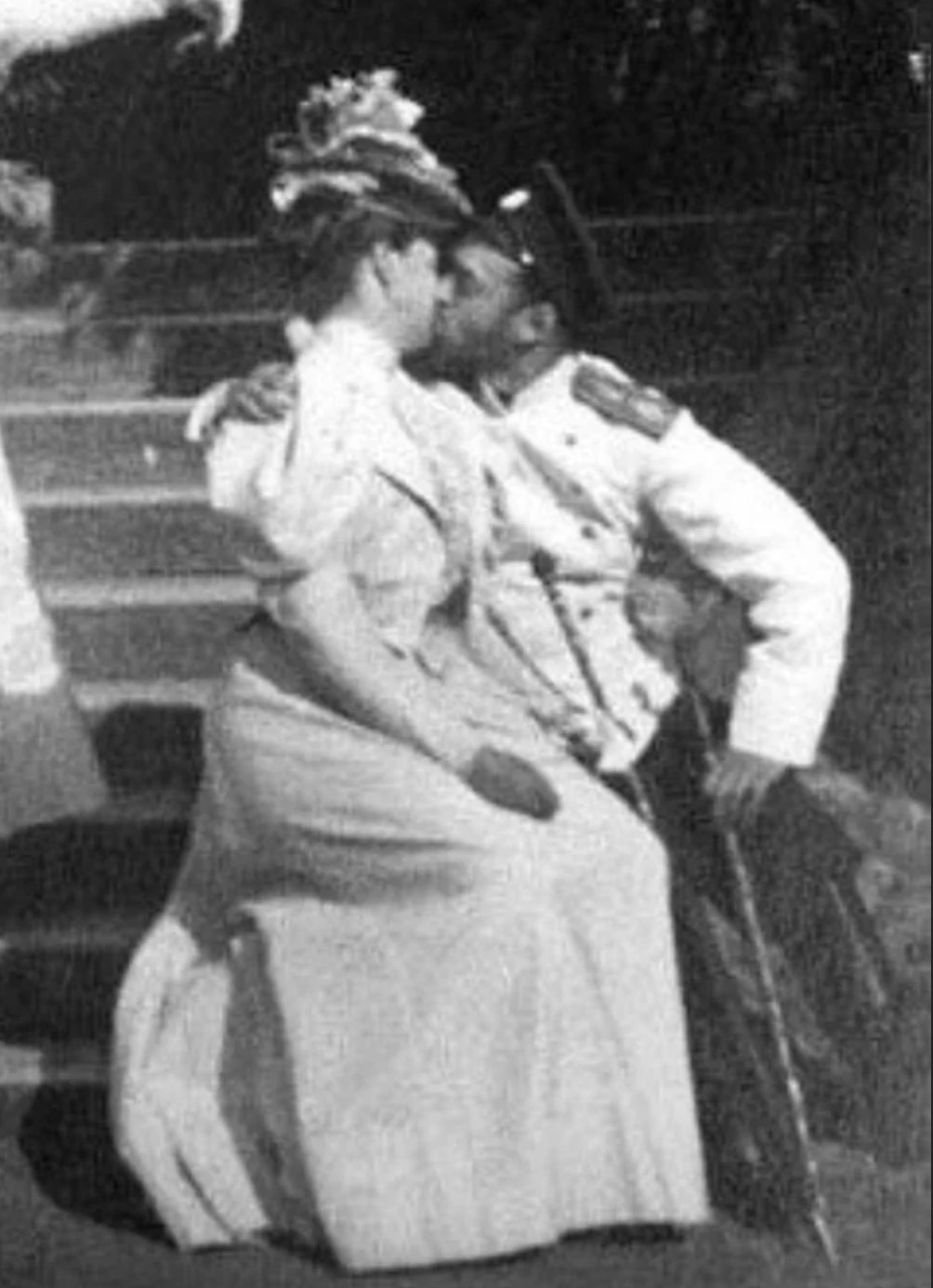 Alexander was madly in love, as was his shy German fiancee, Alix of Hesse, granddaughter of Queen Victoria. Upon their marriage, her name was changed to Alexandra Feodorovna, and she finally broke with her beloved Lutheran Protestantism to embrace Orthodoxy.

Their five children, Olga, Tatiana (Tatyana), Maria, Anastasia and Alexei, were a madcap lot,  although Alexei suffered mightily with the family curse, hemophilia. 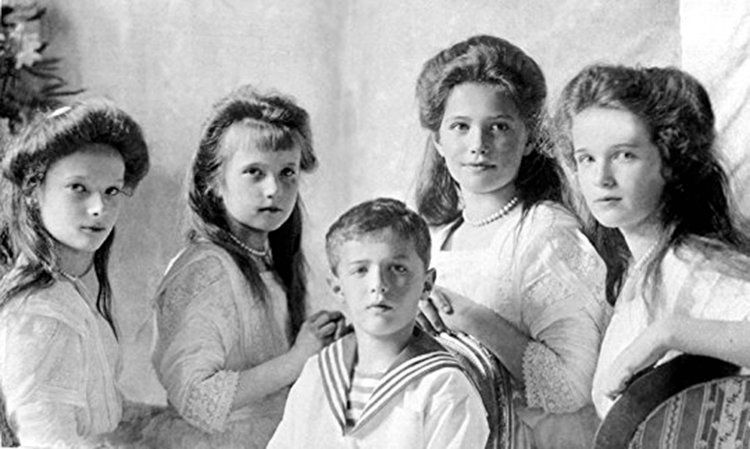 The middle daughter, Maria, often suffered from being considered the "good", non-mischievous one, which annoyed her sisters Olga and Tatyana. 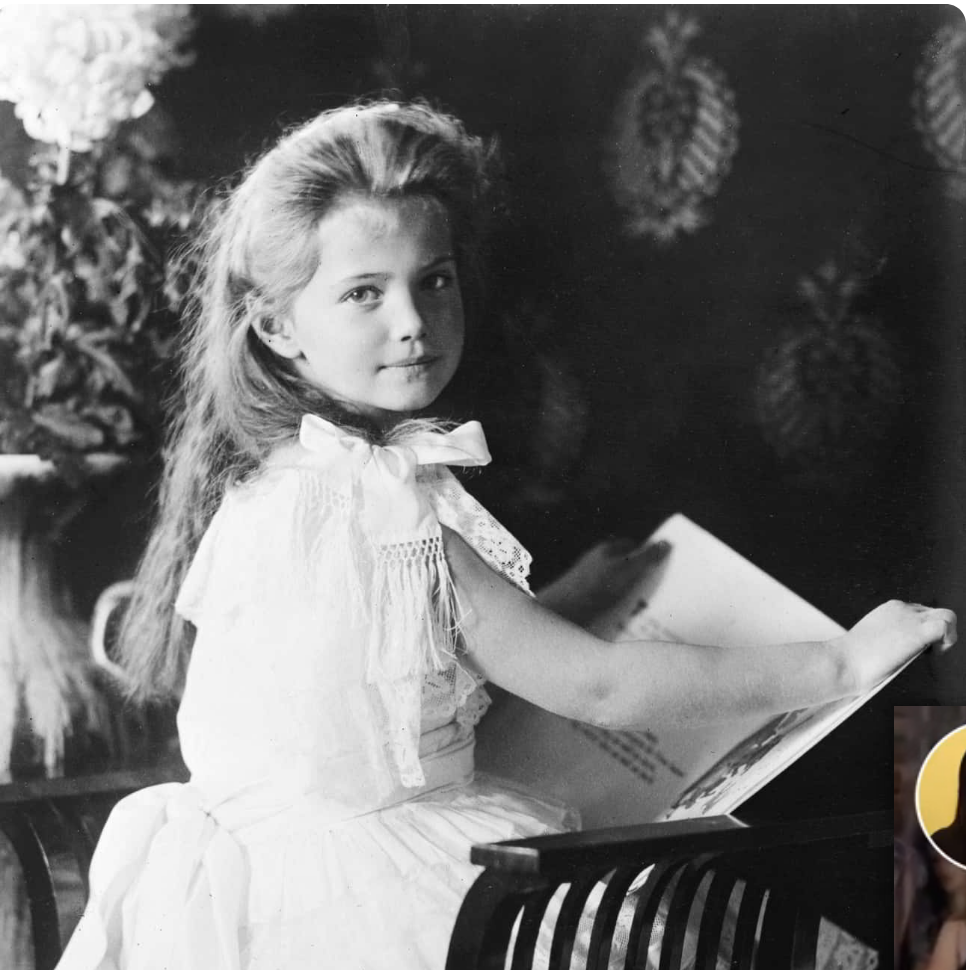 As the two oldest, Olga and Tatyana joined their mother in nursing soldiers during World War I. 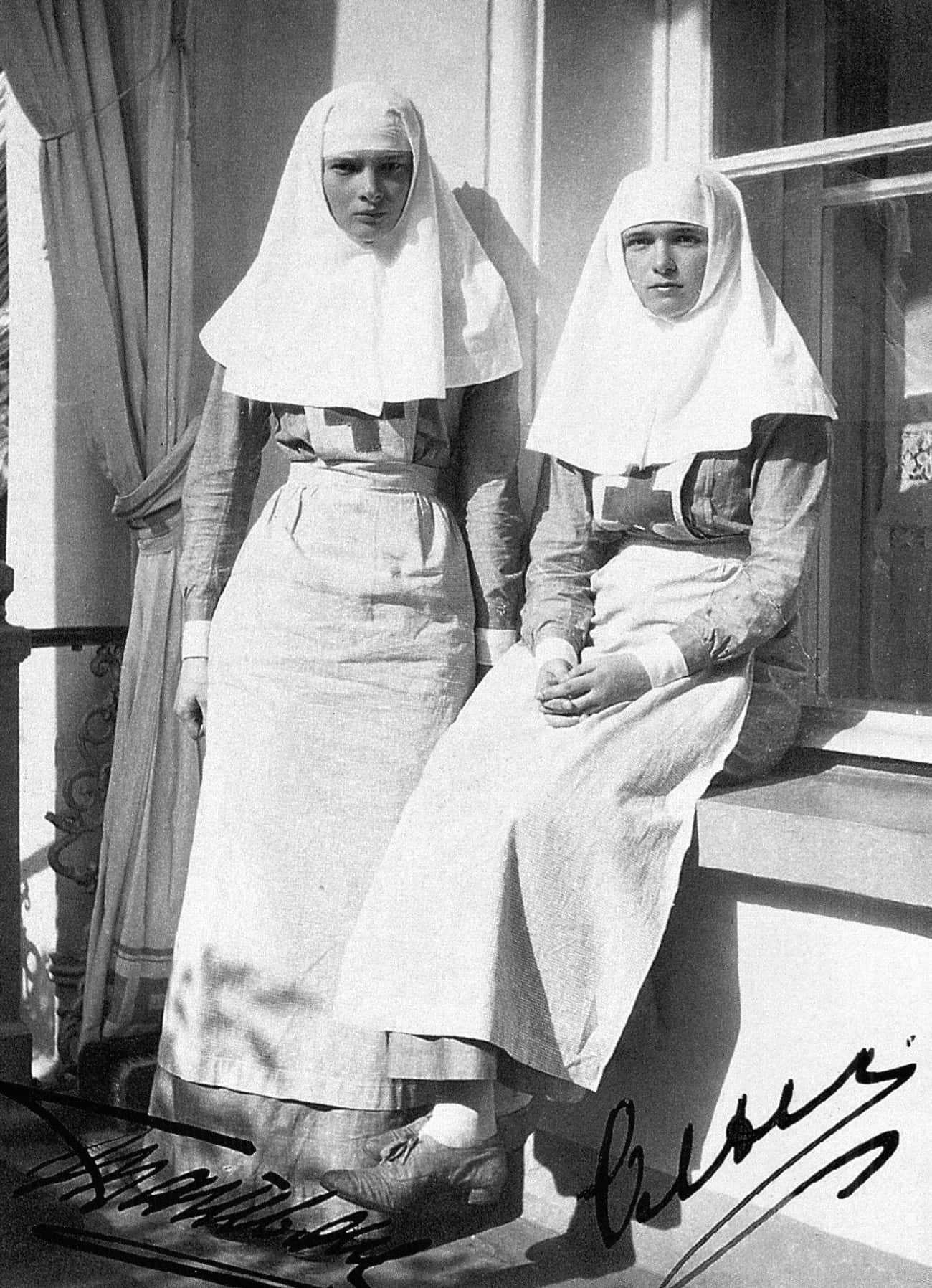 Alexei had horrific, painful bouts with hemophilia, during which all he could do was scream.  Morphine was not administered to him, because of the other deleterious effects it would have had.  Mudbaths were part of his treatment. 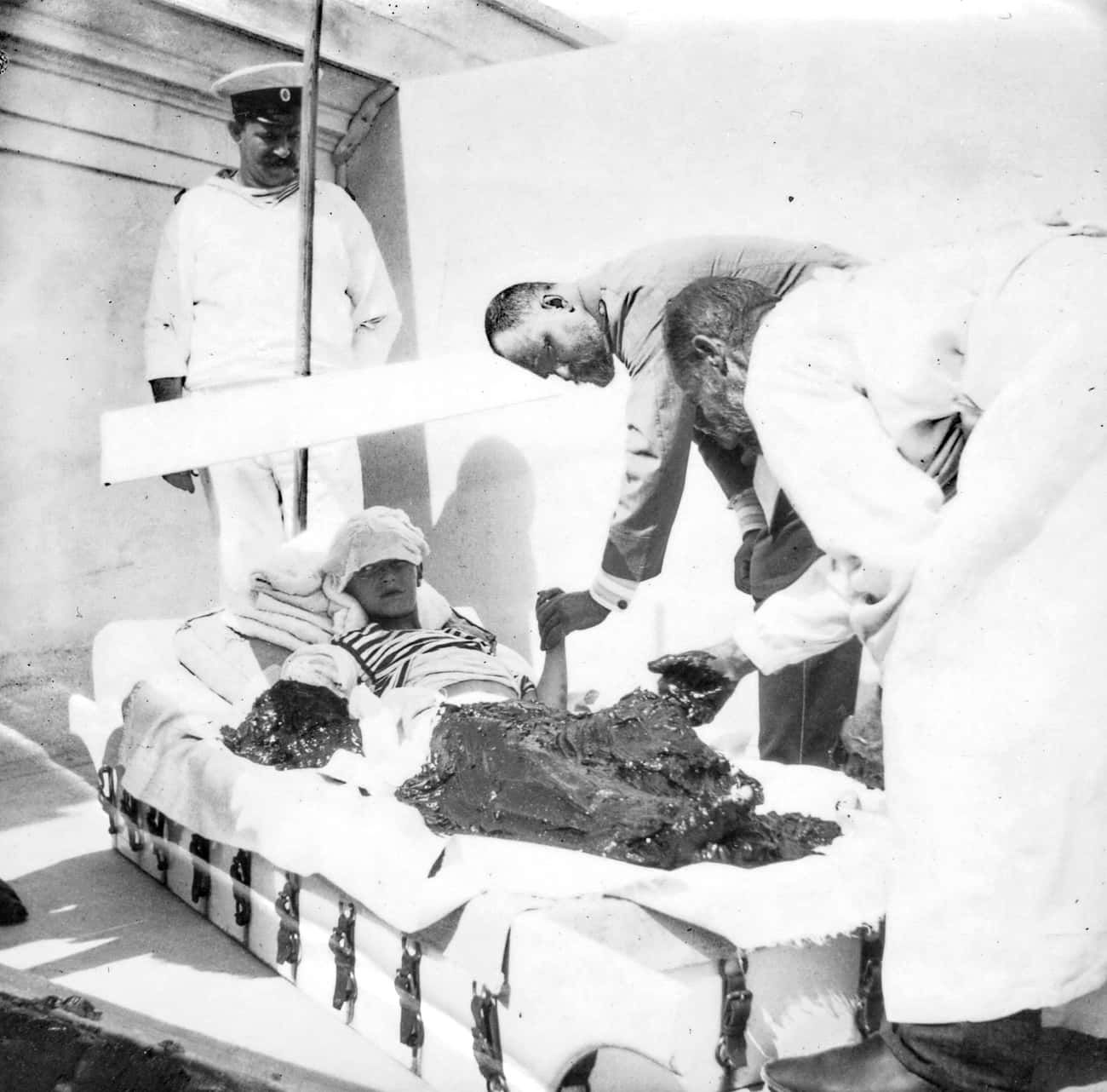 Anastasia, caught in a pensive moment.  After the Romanovs were assassinated in their "house imprisonment" in Siberia, a series of supposed surviving Anastasia imposters proliferated.  DNA testing finally demonstrated that she had perished along with her family. 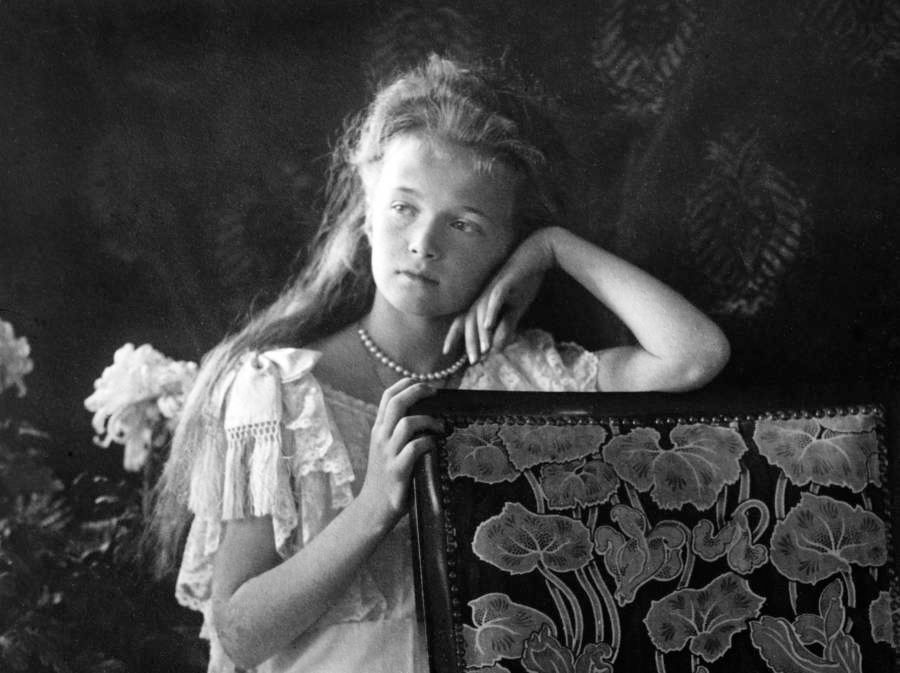 Olga, the "poetic" daughter, on the royal "Standart" 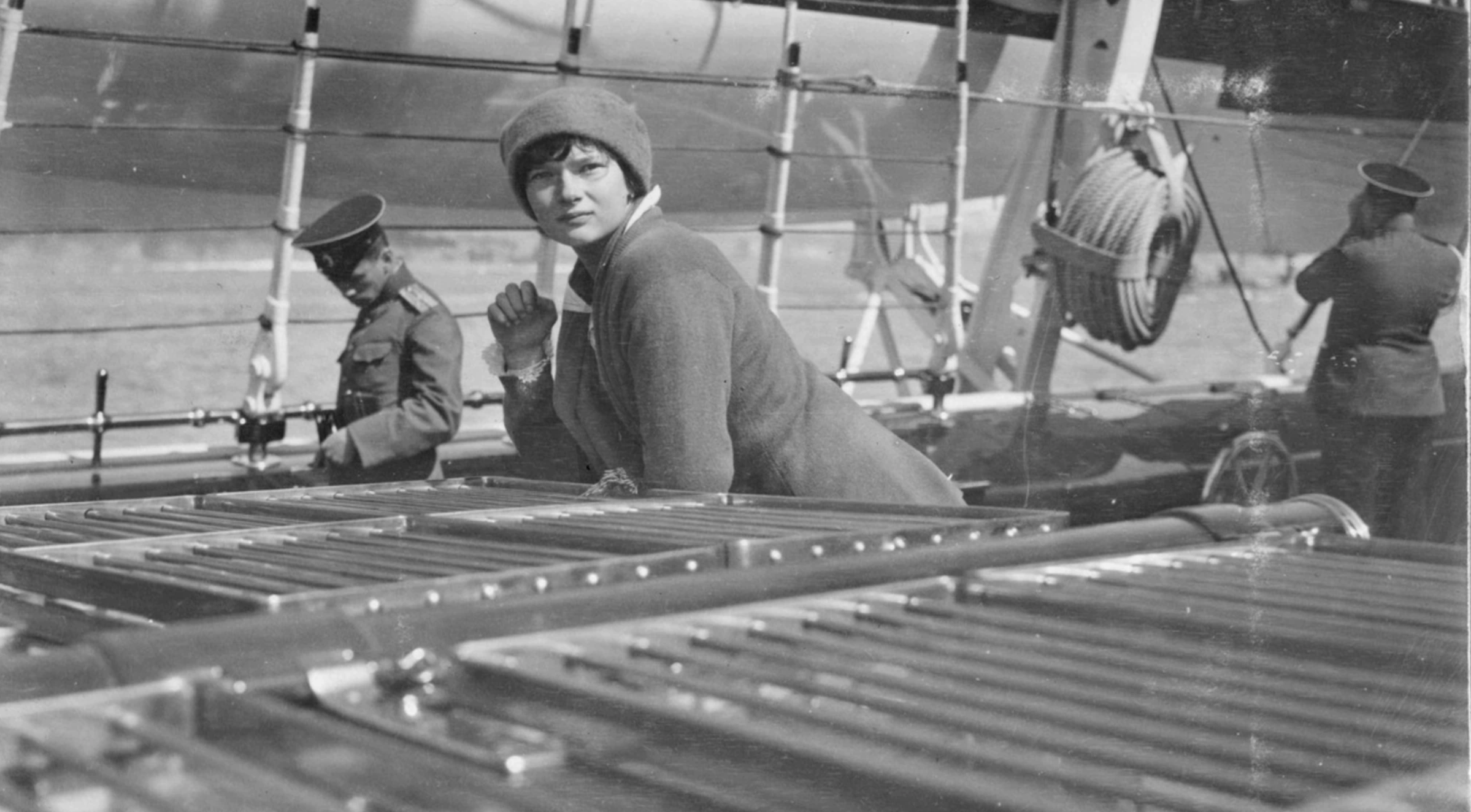 French tutors must be tolerated... 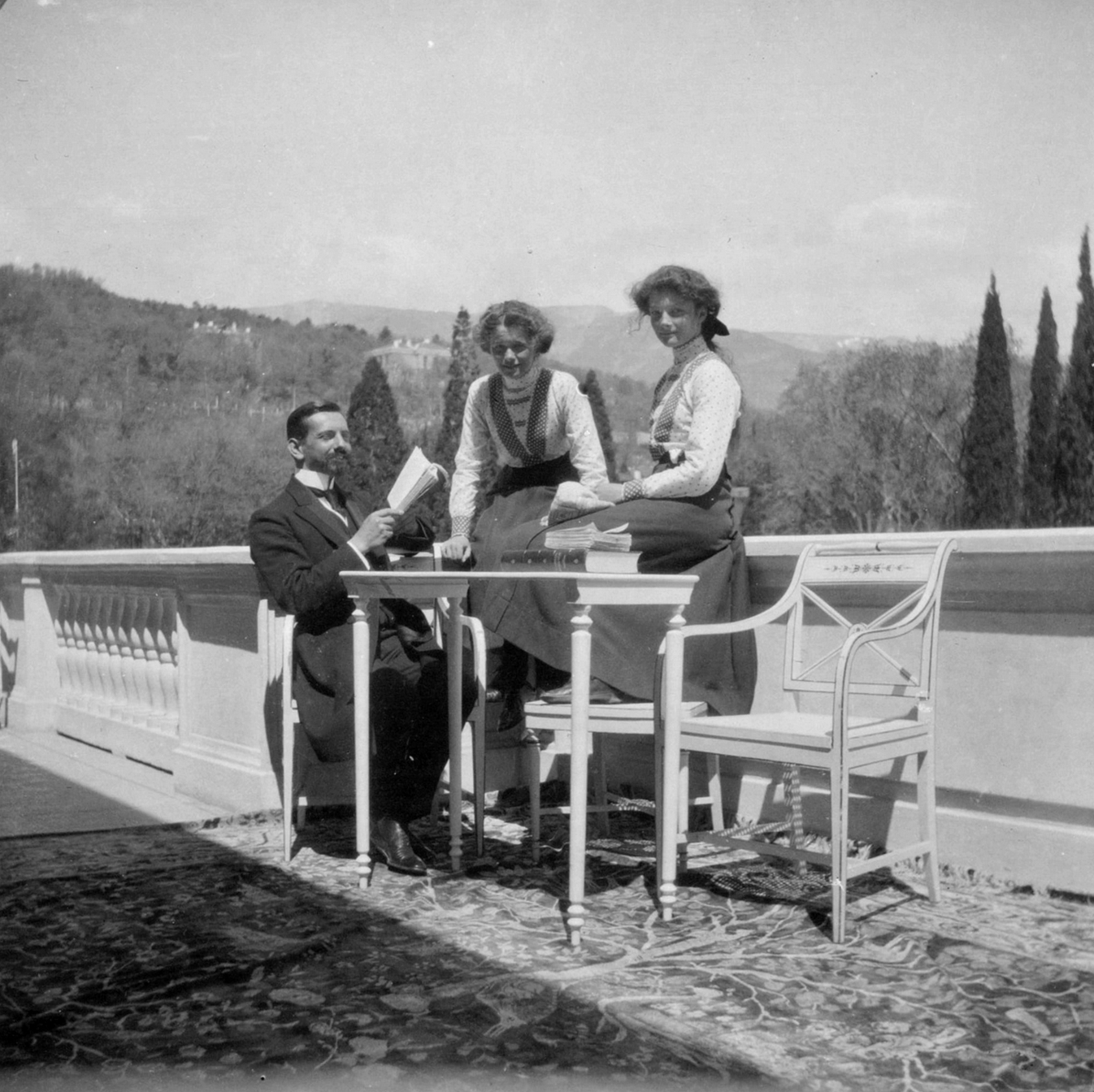 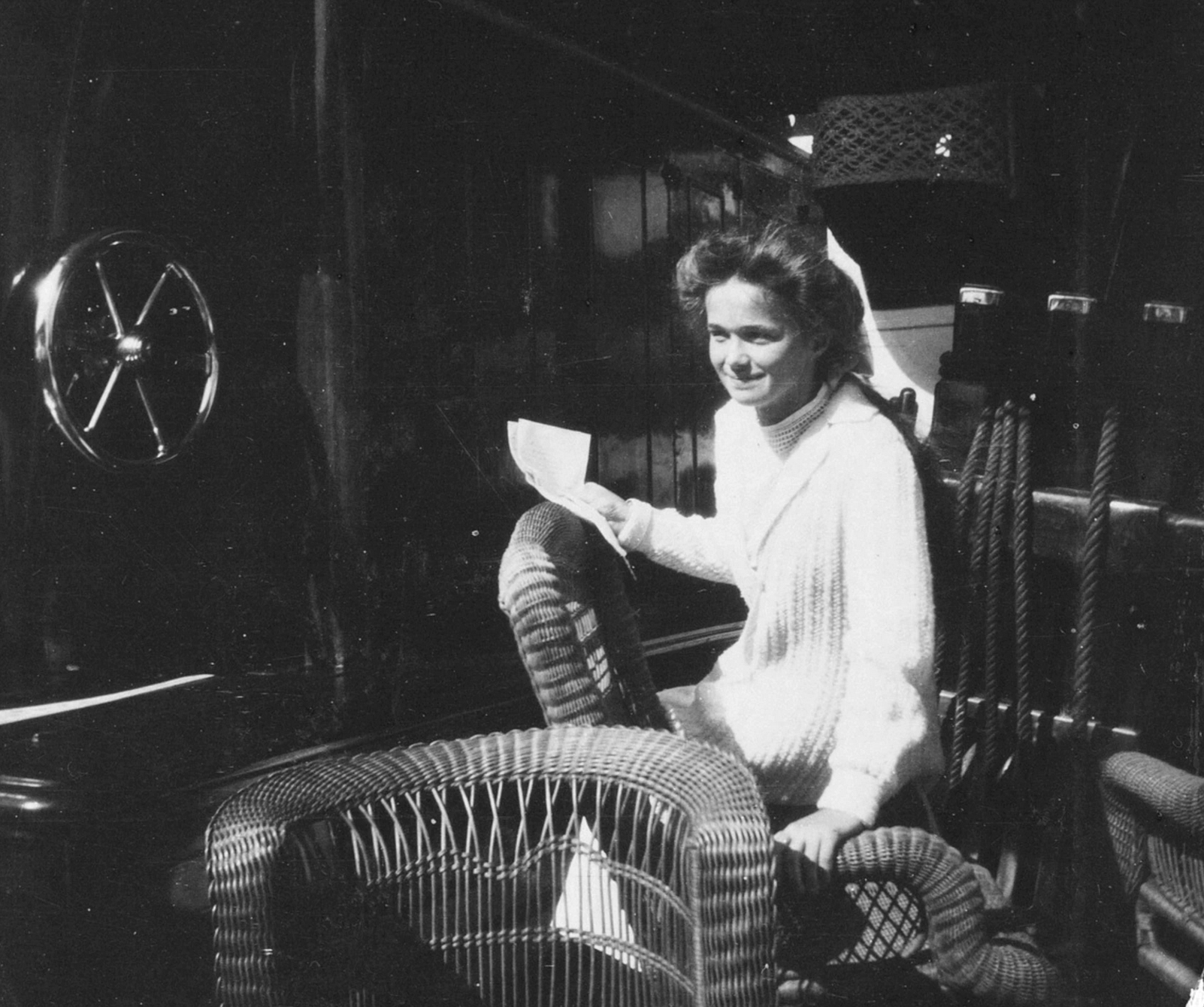 In captivity.  The children ranged in age from about 22 to 13 when their lives ended: 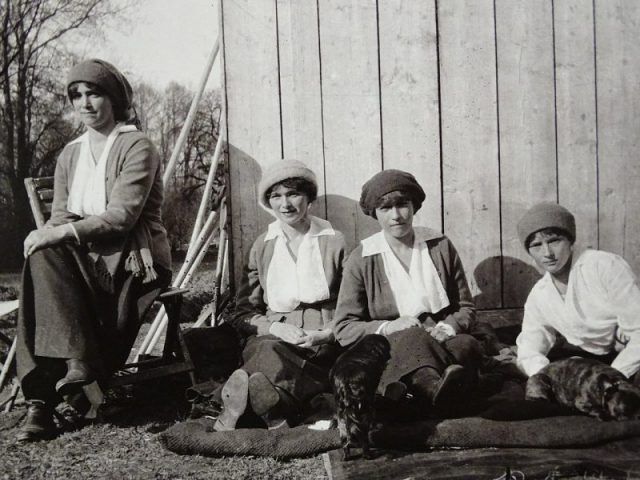 Personally, I find it slightly disconcerting, reading about Russia in our current turbulent times.   The book is very well-written.  Recommended!  Pulitzer-winner Massie originally became interested partly because his own son had hemophilia.  He was also the biographer of Peter the Great, and Catherine.

I read that book years ago and it was fascinating.  I love bios!  Thanks for the pix.

@Oznell  I'll recommend this to a friend who enjoys historical novels.  I may take a look at it, too.

I still re-read that book occasionally, it's very well done, and fascinating! Thanks for the pictures.

The film version,  released in 1971, was considered quite the prestige movie at the time, but is largely forgotten today.  While a commercial failure, it earned 6 Oscar nominations, including Best Actress for Janet Suzman and Best Picture. 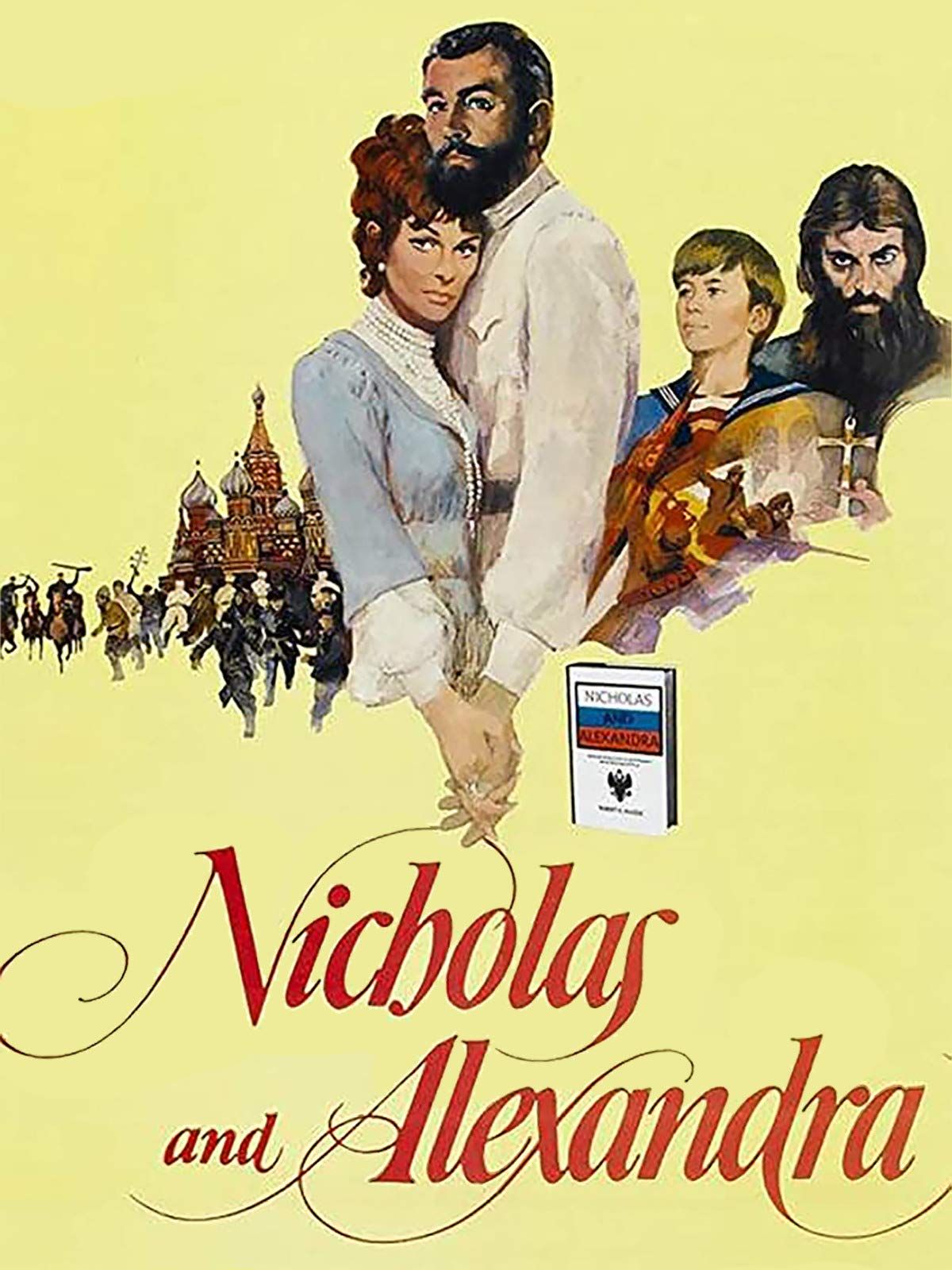 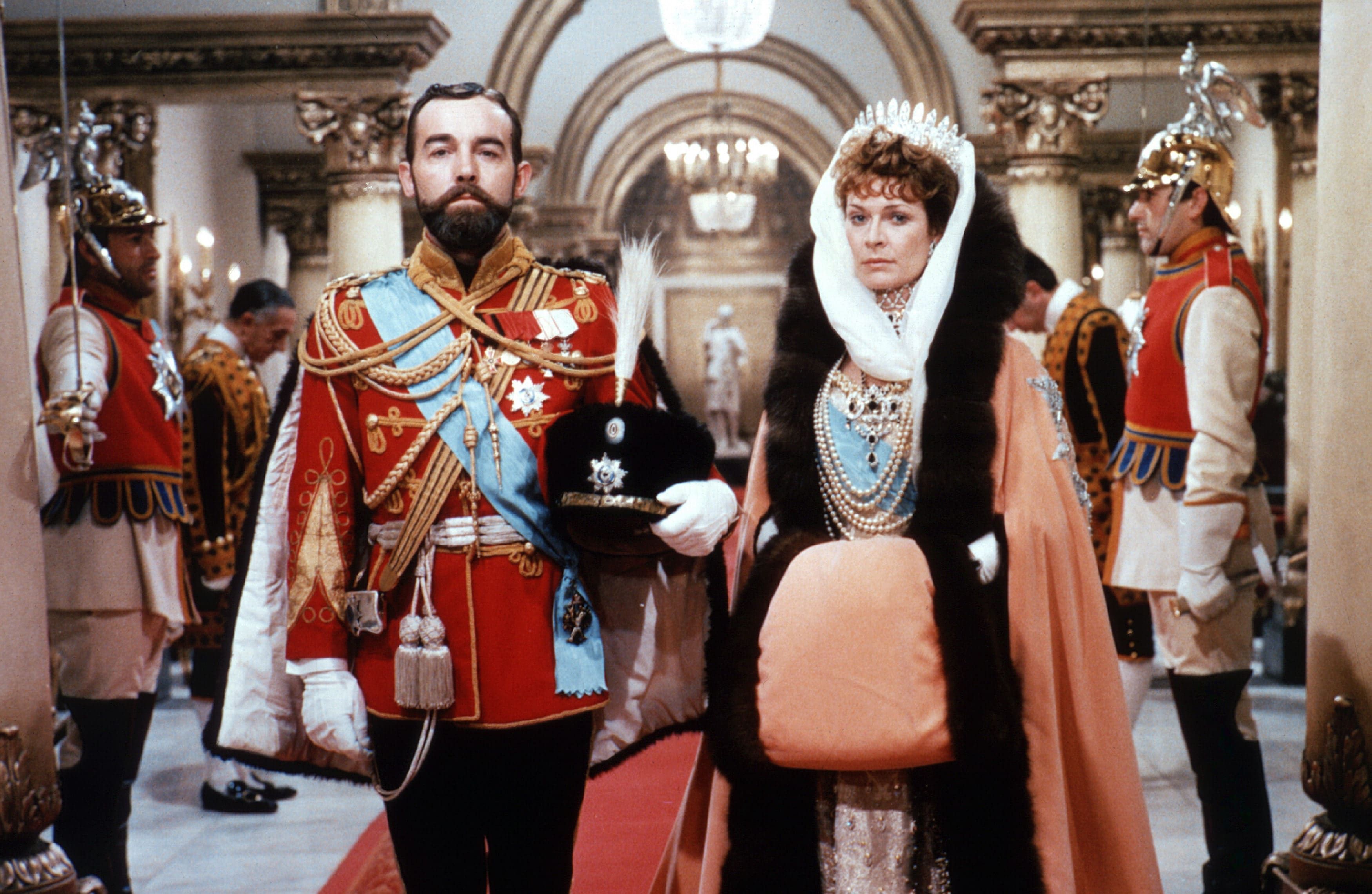 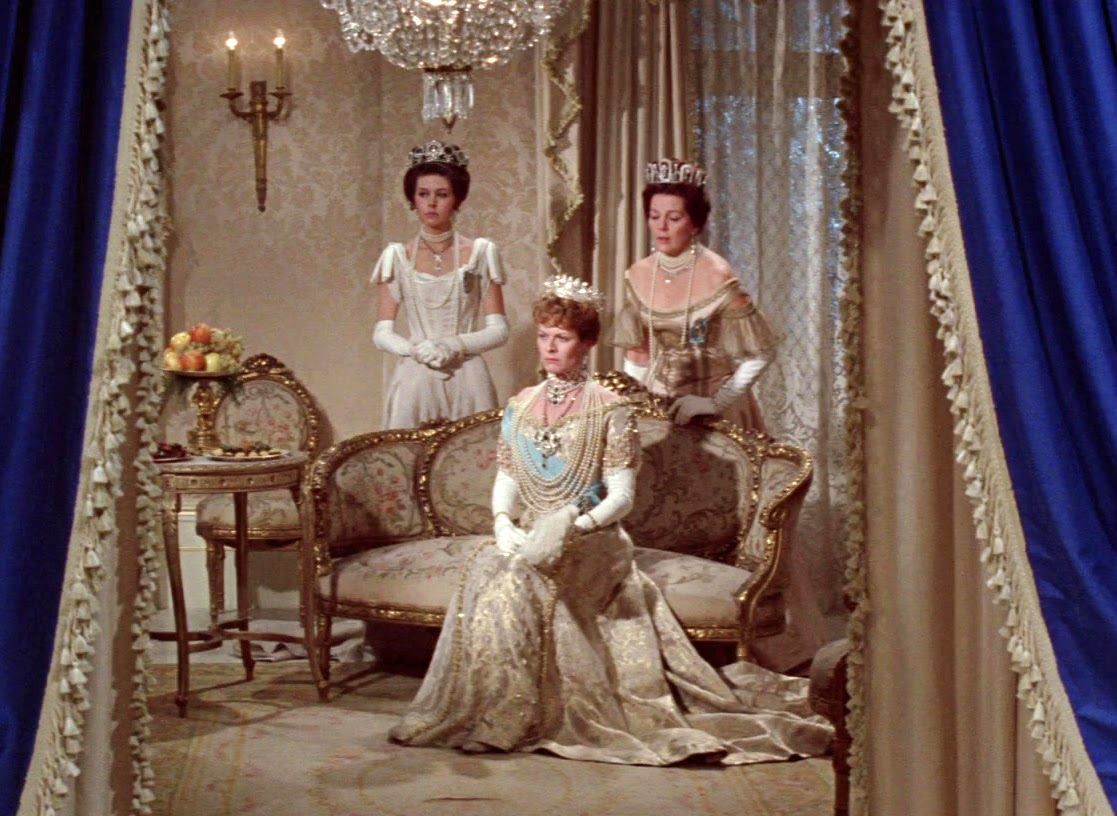 It won 2, for Best Art Direction and Best Costume Design.

Visually stunning and sumptuous,  but quite the slog with a 190 minute running time.

I read the book years ago. I hope that I still have it. I would like to read it again. Also saw the 1971 film of the same title that was based on this book.

@Oznell Thank you for adding so many wonderful posts to this group.  You have enriched my life more than you can imagine.

I have always been moved by their story and the haunting photos of a beautiful family.

As you probably know , Oznel, I'm a Royal buff and first the English

then the colorful characters of Russia.

Unfortunately, those that inherit their positions are usually not equipped mentally for their task. They are just born on the right side of the blanket. Nicholas , was 1 of these.

His wife kept going till they had a son. Women back then and in that

exalted position HAD to get a male . She would had done anything in the world to have cured her son of the inherited disease. Why she got mixed up with Rasputin and that was her downfall.

These leaders don't respond to the  cries  of the  people till it becomes too late. People were dying left and right from starvation,  bad crops, bitter Russia cold. Then they would see the magnificent jewels, fancy clothes, palaces and they were taxed to death.

Just like Marie Antoinette of France they didn't get out in time before everything boiled over. At first indication that you might get captured and your guards can't be counted on to protect you . It's time to get out of Dodge. Stay around too long and you put your family at risk.

Louis the XVI was as mentally slow as the Romanovs.

They appealed to Nicholas English cousin who , at first, said they could come to England, but, that invitation was withdrawn when George the V advisors said wasn't good  idea because the English wouldn't want to have more Royals to support. The invitation from the King was denied.

Interesting, that Queen Mary later on either bought or 'obtained' some  of the Russian jewels of Alexandra's.  Queen Mary, like myself, was a 'fine' jewelry freak. LOL She's a whole other story.

@SharkE   I have requested from our library the book "George, Nicholas and Wilhelm Three Royal Cousins and the Road to World War I."  I'm looking forward to reading it.

An extremely attractive family. I've always considered Nicholas one of the hotties of history. 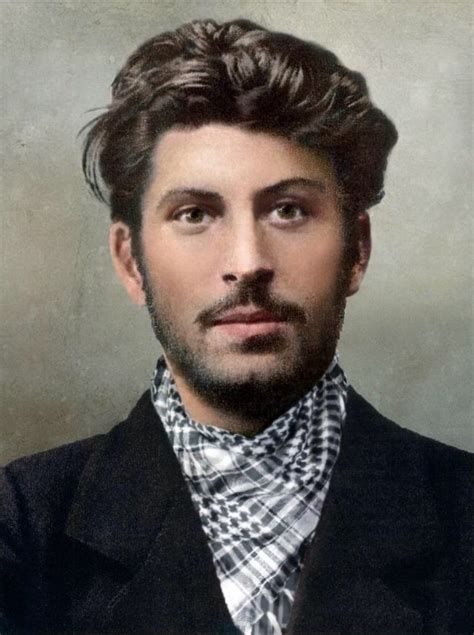