You have the right to remain SMILING! Florida police officer 'pulls over' his 10-month-old daughter for driving on wrong side of road while out for walk with her mom

This is the heart-warming moment a Florida police officer returned home from work to find his 10-month-old daughter driving on the wrong side of the road.

Officer Alex Kipp saw his ten-month-old daughter Talynn at the wheel of her bright red stroller while on a stroll with her mother Michelle Warren.

Officer Kipp 'pulled over' his daughter and asked her for her 'licence and registration'. 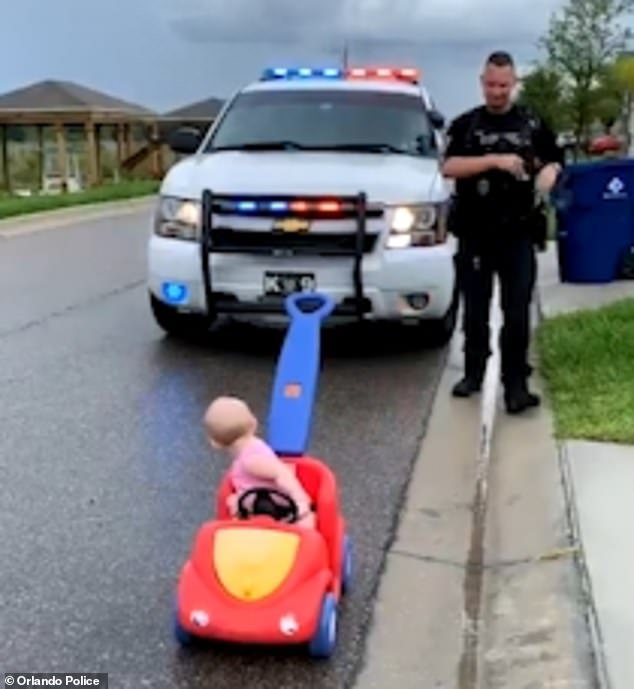 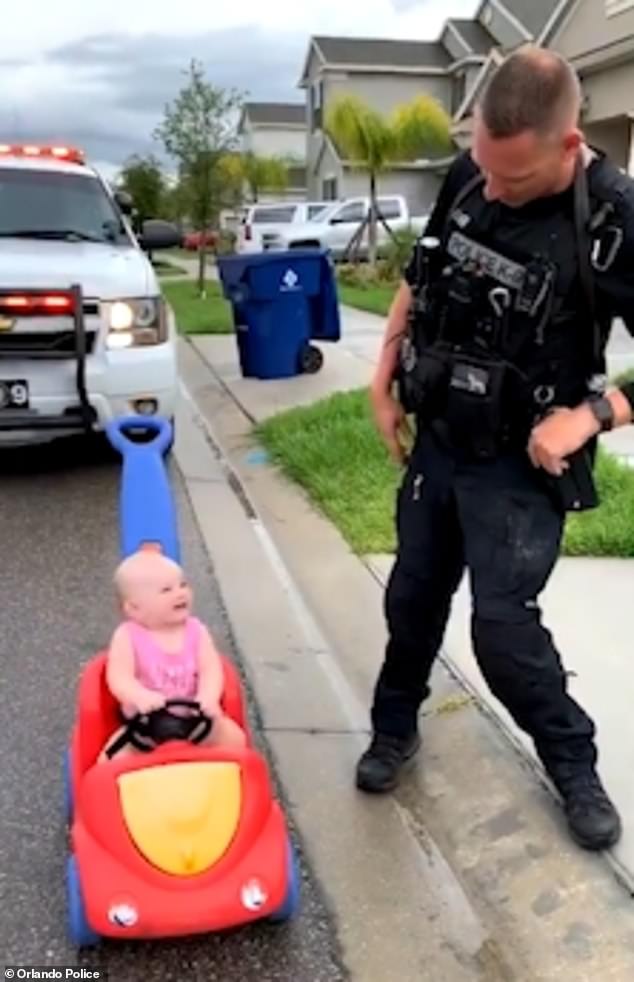 The toddler responded by laughing at her father.

Officer Kipp responded: 'I don't believe this is a laughing matter.'

According to Hawaii News Now, Ms Warren, who is engaged to marry Officer Kipp, said: 'We were out for a stroll when her dad came home from his shift and saw us walking and pulled her over.'

“Green is the prime color of the world, and that from which its loveliness arises.”
(Pedro Calderon de la Barca)
Report Inappropriate Content
Message 1 of 5 (948 Views)
Reply
13 Hearts
Mz iMac
Honored Contributor

I don't see anything adorable.....

Why was this mother in the street w/her child inside the stroller instead of on the sidewalk which you can clearly see?

"Never argue with a fool. Onlookers may not be able to tell the difference."
Report Inappropriate Content
Message 2 of 5 (767 Views)
Reply
4 Hearts
insomniac2
Respected Contributor

Done for the family's personal album.

I saw the video on Facebook. That little girl was darling!! Her daddy, a policeman, was absolutely beaming with joy.

The photos make it look like the child was riding her car down the street when Dad pulled her over.  Scary.  Guess I need to see the video.