One of my great joys of being a writer/producer at QVC is working with creative people who are also avid Star Wars fans like yours truly. That’s why I always like working with Sharon Faetsch. After a shoot, we’ll take a few minutes to geek out about the latest sci-fi news. Needless to say, we’re both very, very excited about Star Wars: The Force Awakens!

QVC stylist Jeff Gingrich took this picture of me (and my official Star Wars fan club member pencil case) on set at QVC Founders Park. And, yes, I use this pencil case every day at work… 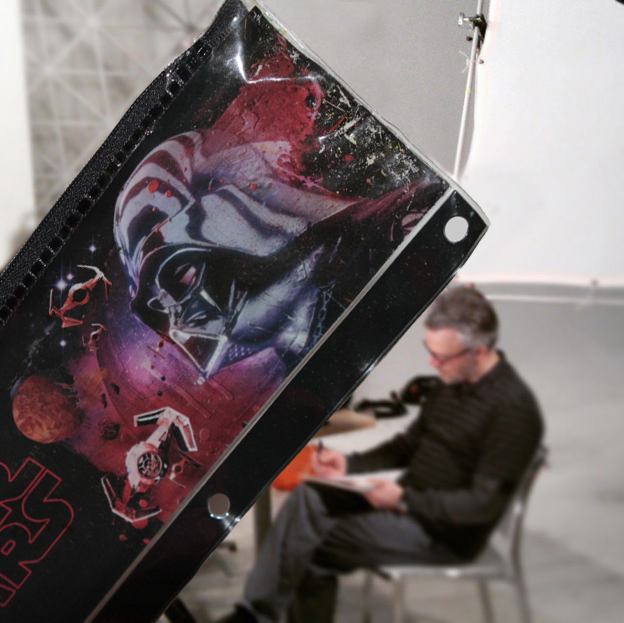 It’s no wonder that QVC and my Star Wars fandom are intertwined. After seeing Star Wars: Return of the Jedi on opening day May 25, 1983, I decided to go to film school after I graduated high school. Mind you, I was only 12 in 1983 – but, after being blown away by the space battle of the second Death Star, I knew I wanted to get into visual storytelling.  My parents supported my new love of film by taking me to film museums and exhibits…like the one pictured below. Check out my super-cool RETURN OF THE JEDI iron-on baseball shirt! 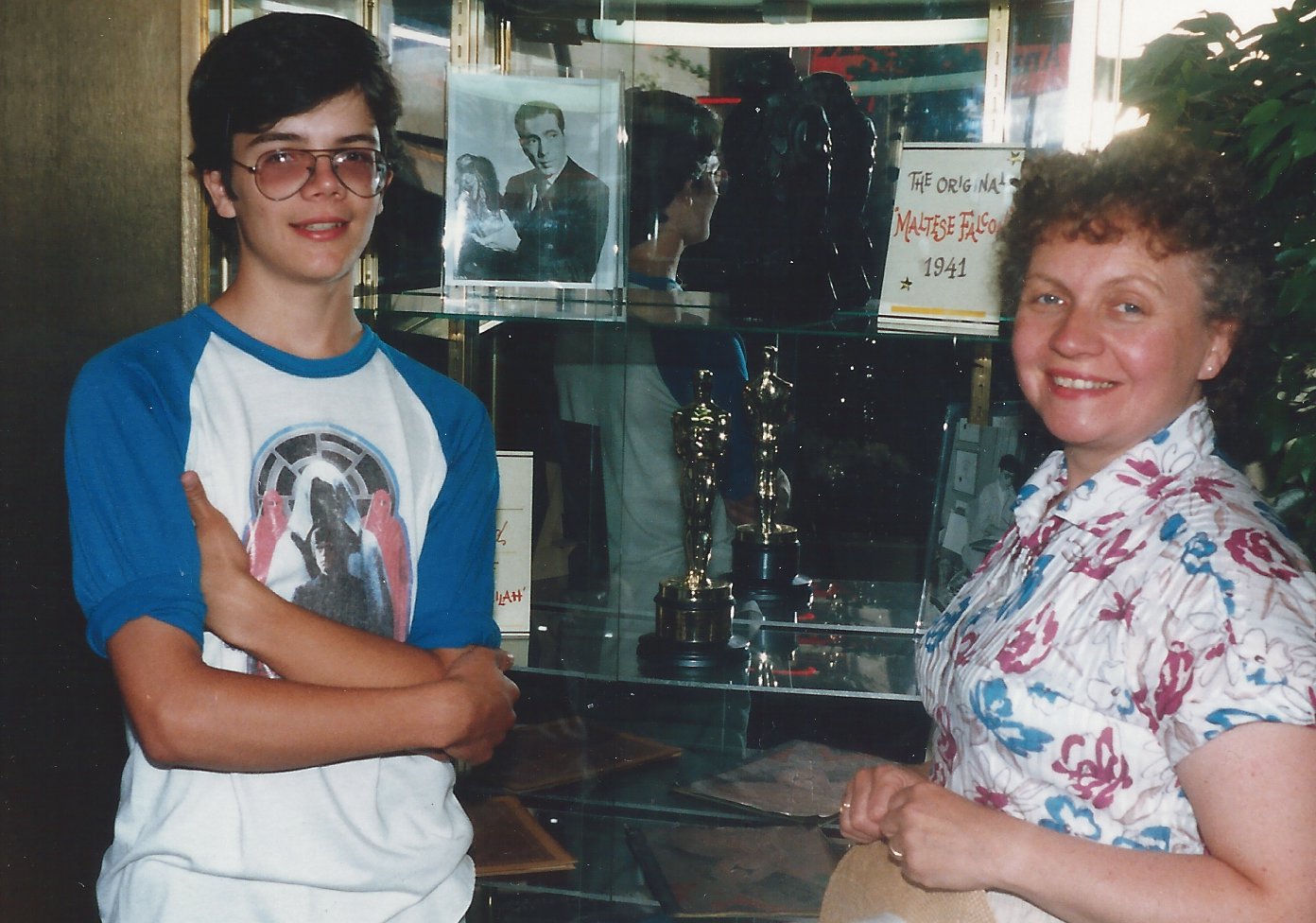 I went on to study film at Philadelphia’s University of the Arts. Through college, I wrote and ran Star Wars role-playing games. Basically, it was like D&D with Star Wars characters.  My game campaigns were legendary – sometimes lasting 12+ hours and involving up to 16 people from various countries (visiting Philly at the time). My college roommate Josh drew this cool picture of me surrounded by various characters in our game…. 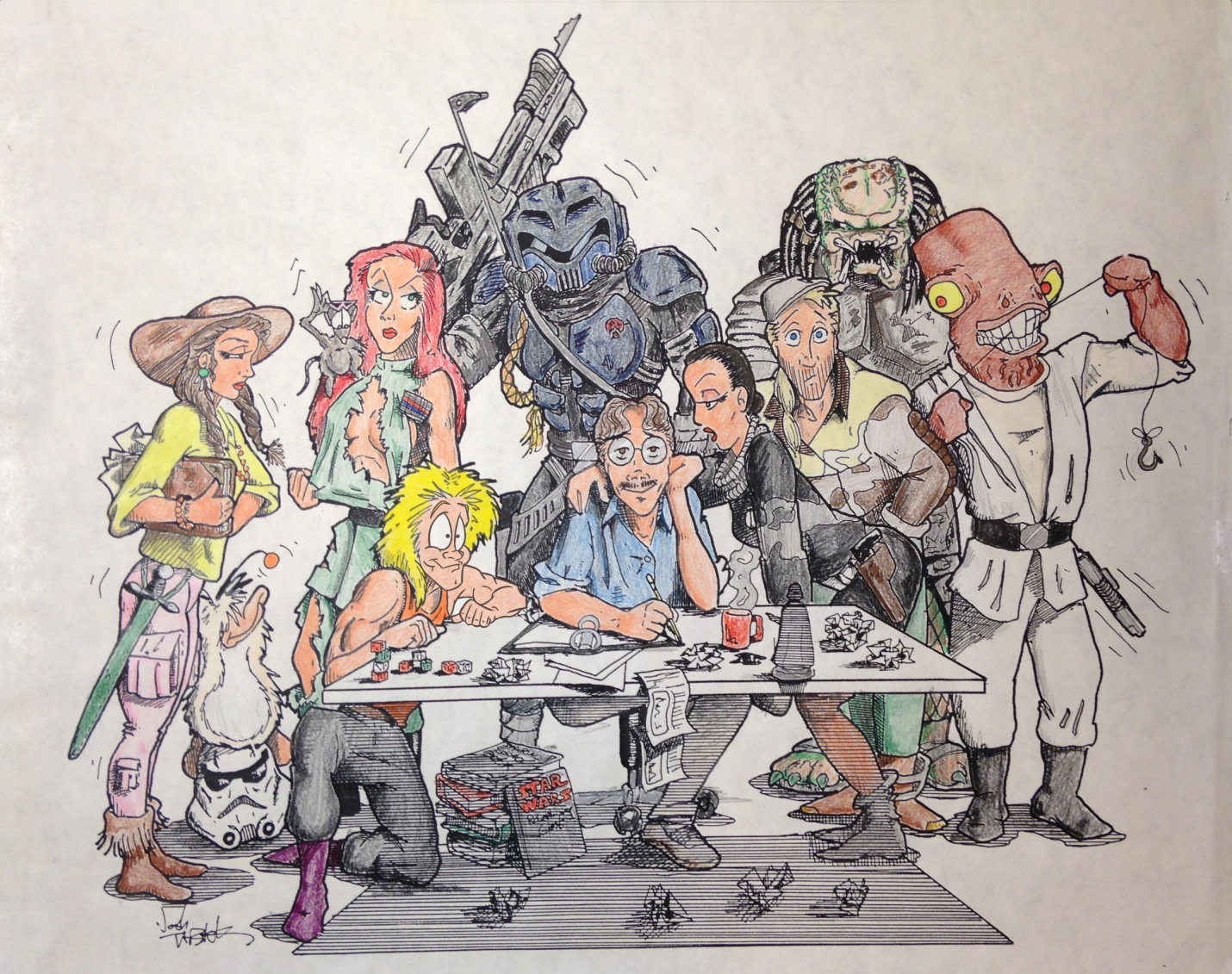 After graduating from University of the Arts, I started working at QVC on May 25, 1995 – 12 years to the day I saw Jedi. Weeks later, backstage at QVC, I met the man who brought Luke Skywalker to life – Mr. Mark Hamill. He’s a really cool guy and we chatted at length about screenwriting and comic books. I love this autographed photo he gave me… 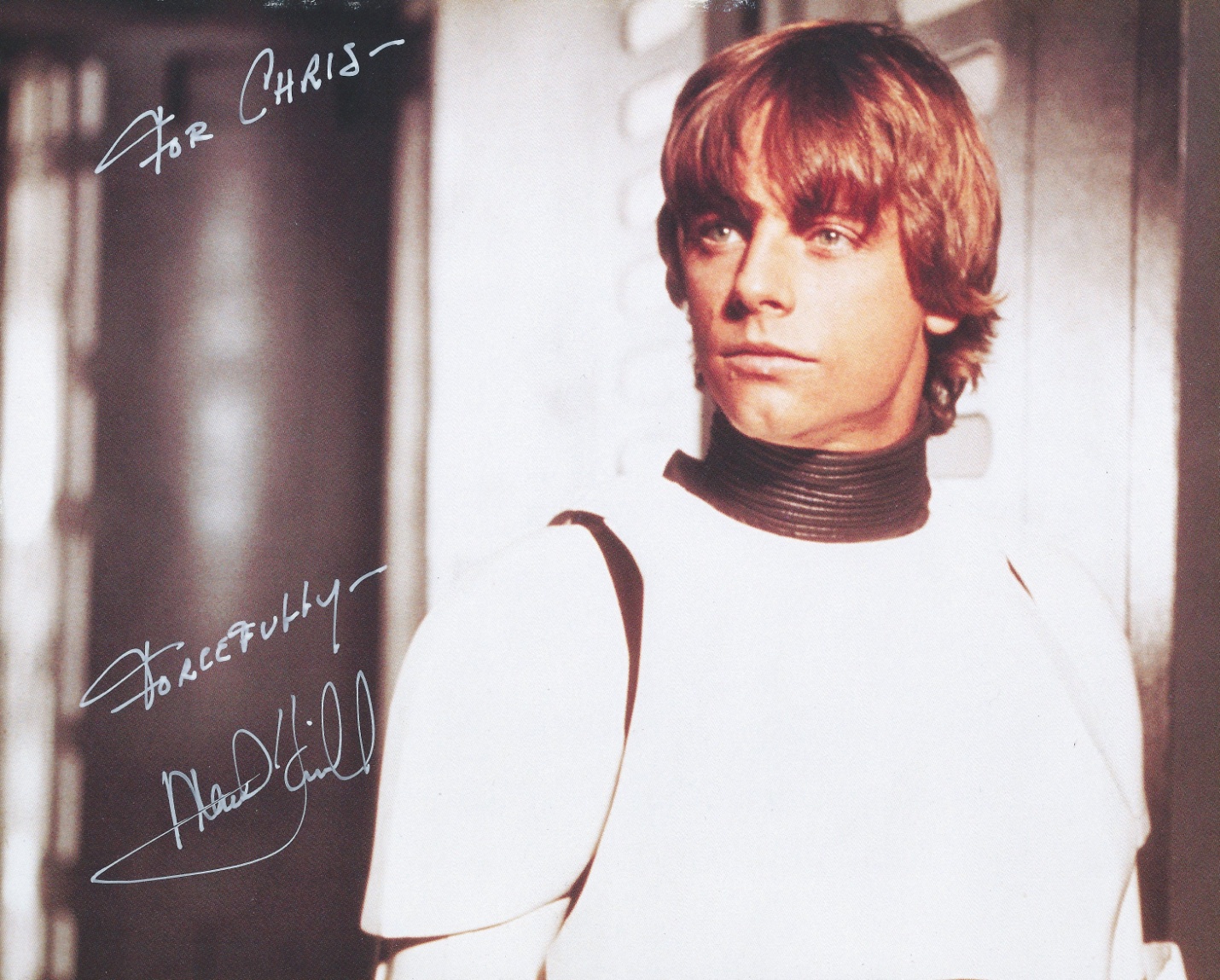 A few years later, I married Christy - an equally-proud Star Wars fan. At the wedding reception, we were introduced as husband and wife to John Williams’ music for the medal ceremony at the end of Star Wars: Episode IV – A New Hope. 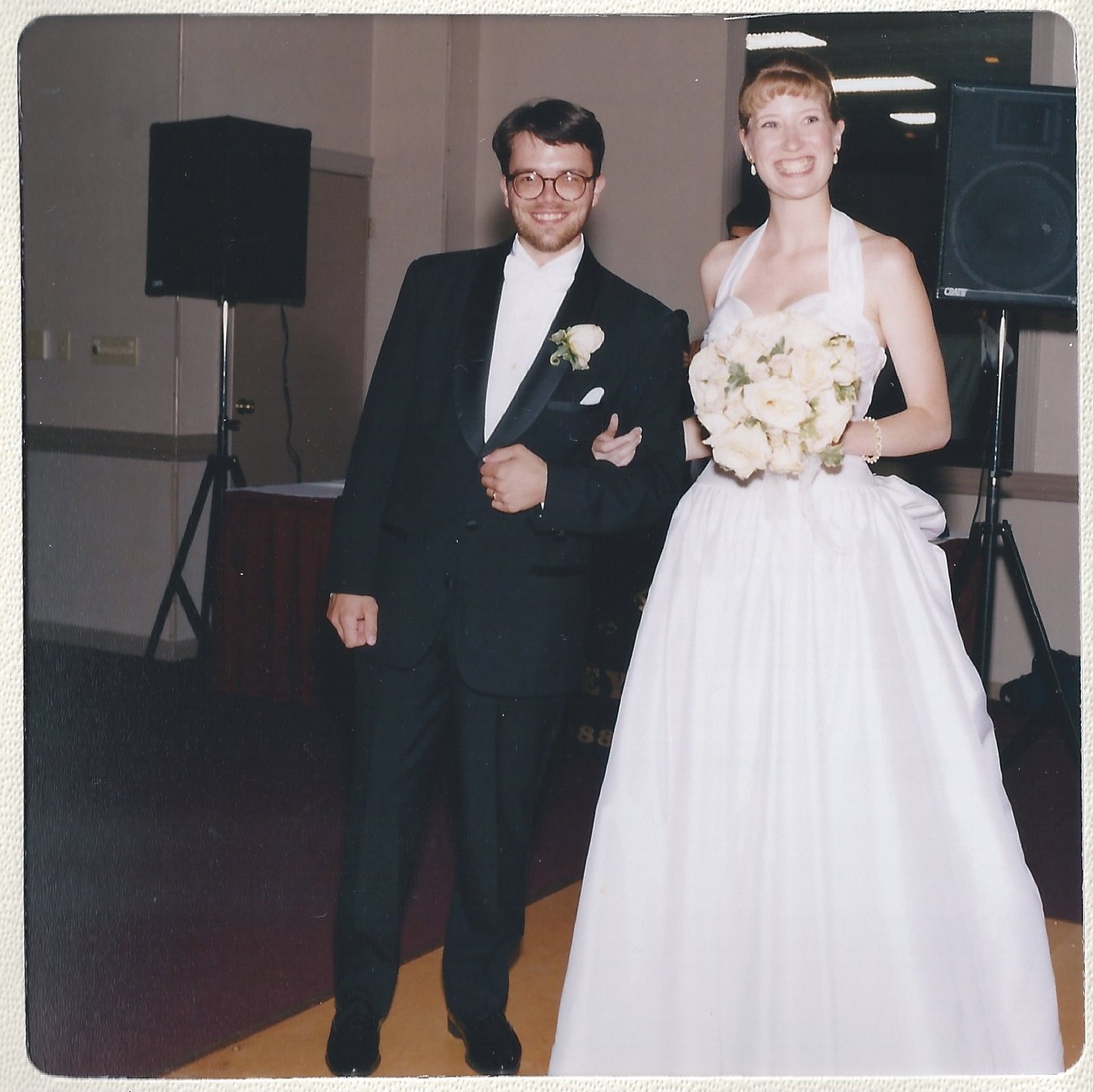 In 2004, after completing QVC’s Vicenza Style – Live from Italy production, I talked QVC video editor Michael Cooper and Visual Art Director Russ Fama into staying over an extra day and joining me on a tour of Italian film locations used for Star Wars. Here we are at scenic Villa Balbienello on Lake Como – used multiple times in Star Wars: Episode II – Attack of the Clones. 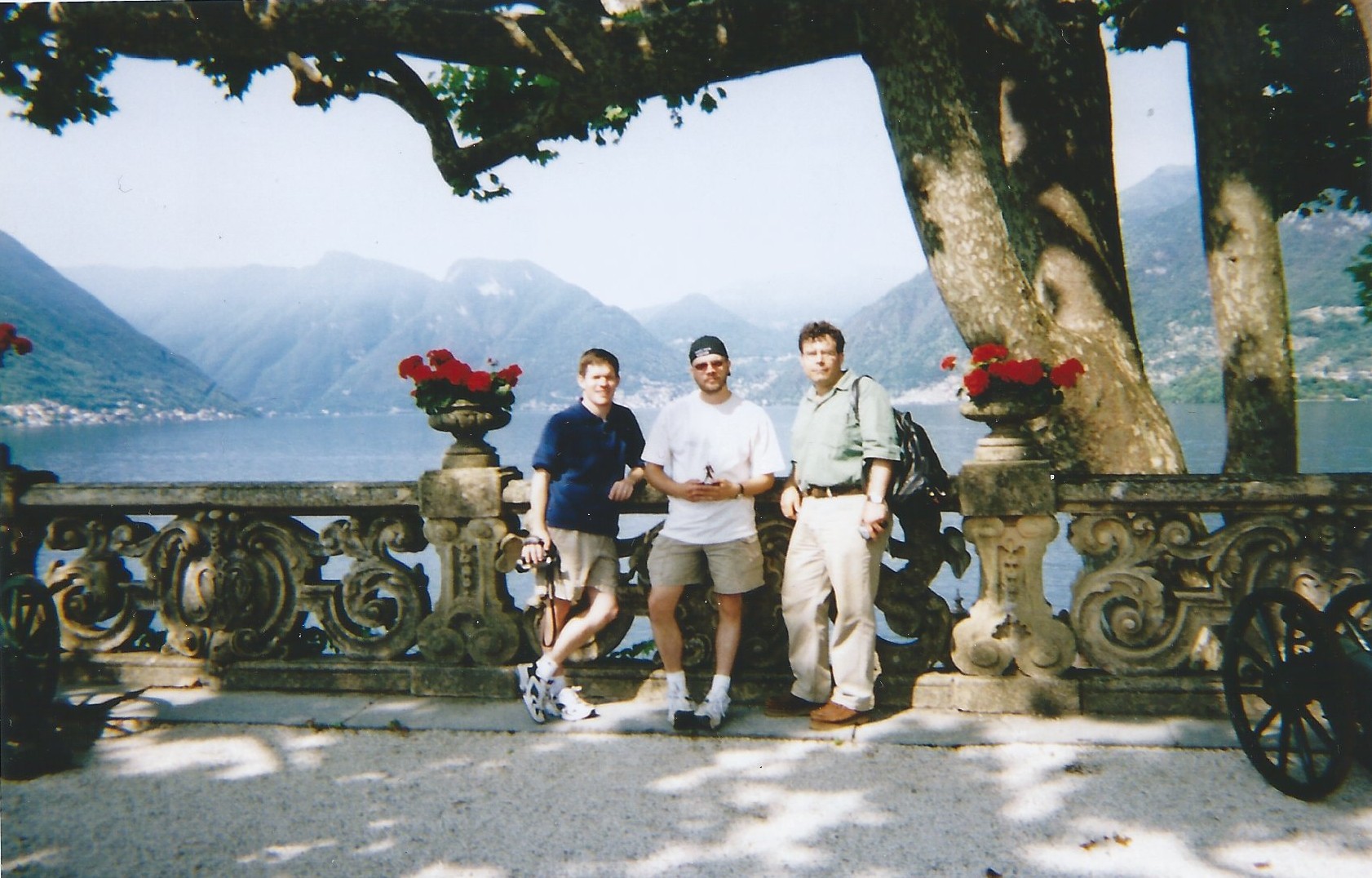 Through a great program at QVC, I was able to get my Masters degree at West Chester University of Pennsylvania. In one of my WCU classes, I started Digging Star Wars - a film history audio blog about the films that inspired George Lucas to make Star Wars. Once again, my buddy Josh drew a picture of me – this time for the blog. 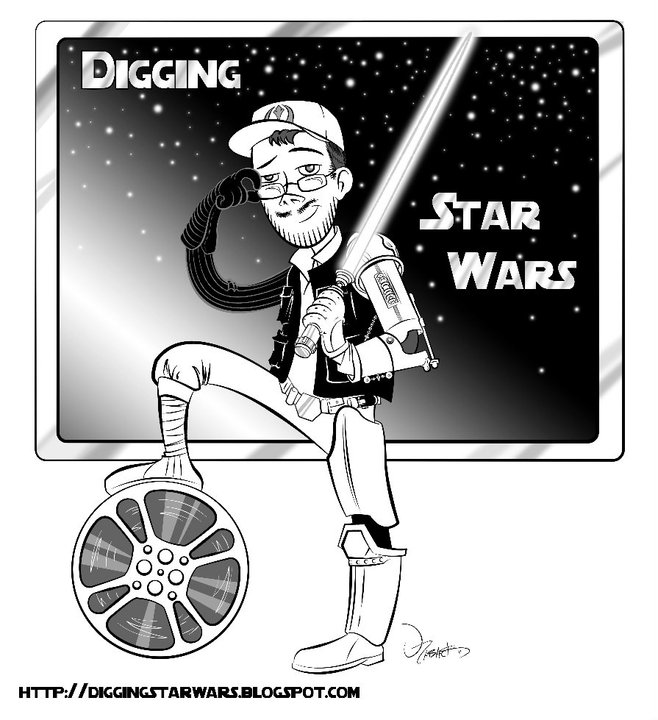 Upon graduating with my Masters, a co-worker of mine named CJ reached out to Garrison Carida® which is a regional part of the 501st Legion – “The World’s Definitive Imperial Star Wars Costuming Organization” – for a congratulations video. Check out the result:

Of course, this is just a small snippet of my Star Wars fandom experience. And there’s plenty more to come since I’m lucky enough to be one of the folks here at the Q working on the QVC Celebrates Star Wars programs. I can’t reveal too much about those shows now, but I will share with you a panel from one of the storyboards I drew for an upcoming promo. Does this resemble any intergalactic princess you know? 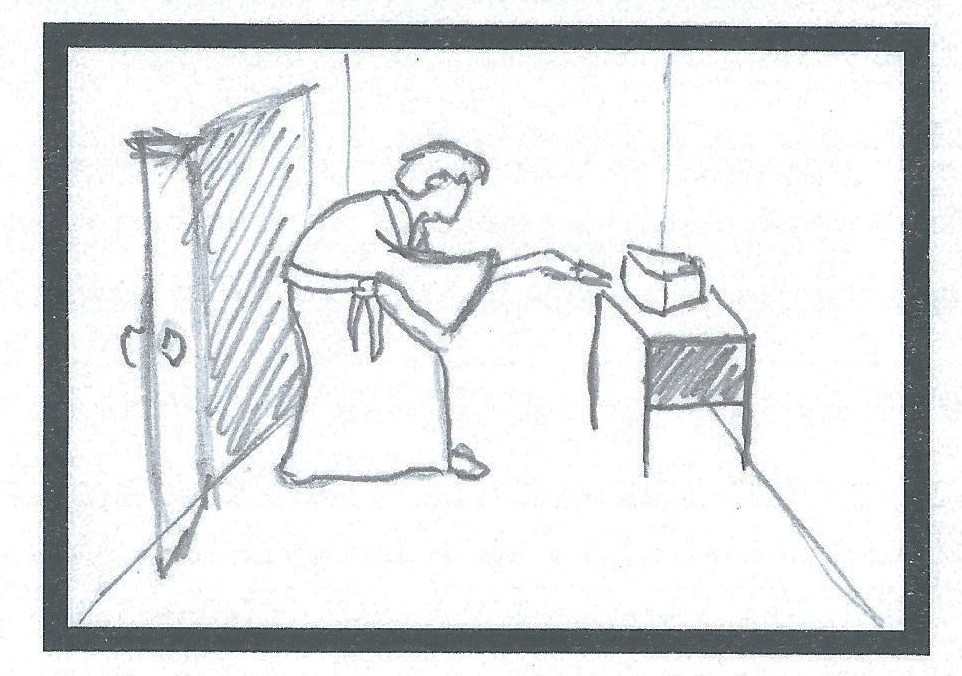 Thanks for reading and may the Force be with you…always!

This is Great!  My son was raised with Star Wars  (the originals). I can remember going and buying the 3 original movies on Beta format (think I've still got them somewhere but who's got Beta anymore?). Wish we still had all the toys and figures that he had but oh what great times he had with them. Dressed like Luke Skywalker for Halloween in the costume I made for him, came out really good! Knew Mark Hamill back when he was on General Hospital before Star Wars. Thanks for the fun article, it's nice to read good, interesting stuff.