Auto-suggest helps you quickly narrow down your search results by suggesting possible matches as you type.
Showing results for
Search instead for
Do you mean
Reply
Topic Options
bopper
Respected Contributor

Welcome to the May Exercise Thread 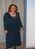 Good morning everyone.  It's the beginnings of a beautiful May 1st.  Oh yes, the comfort of the comfort zone.  I know it well.  And it definitely can be the enemy.

@JudyL, I hope the ordeal of your initial recovery is over and now you can do the end of it in relative comfort. During your normal everyday things.

@Laura14, is your test this week?  I know you've been studying hard.  I know first hand that studying as an adult is a little harder than when we were in school under, let's say 30.  I went back to school in my late forties and wow!  My study time was longer.  The most difficult for me was child psychology and regular psychology, because of the unfamiliar terminology.  Right now, as a senior, I'd never go back.  That relates back to that comfort zone, right @bopper, lol.

Have a great day everybody!

@Mmsfoxxie  Boy are you right!  Studying is a skill that I have had to brush up on again.  It used to be so much easier as a kid.  Test day is tomorrow morning where hopefully I pass and then run naked through the campus and downtown Atlanta.  Film up the nearest flagpole.

And now we take you back to the disco, the rockin, the boppin, the soul train dance club that is my gym.  This is the last week of this music

and the tears are real.

The instructor announced she was switching out some songs which panicked me but my favorites were still there and we still got funky with Chic and Fleetwood Mac and Pitbull and Bruno burning up the mats!

Actually before that, Pound happened.  She mixed in some really tough ones and I kept up.  Smacking some frustration out with those drumsticks.  Bring it on!

It finally became Spring around here and she walks in with her first jacket.  I was waiting for the flasher in her and unfortunately she did not disappoint.  The jacket came out and we had a black lace peekaboo midriff shirt on underneath.  She set up in front of the teacher so she had that view all class long.  It's good she left her street corner to come work out.  At least she's taking care of herself.

Power was packed.  I think people have remembered summer is four weeks away.  Let's get ready!

Now you would think I had a pretty good workout day.  Let's talk about Adonis or my newfound stalker.  I really felt a bit sexually harrassed today and he better back off or he will know the tire tread of my new set of wheels.

He walks in as Pound is ending and does his own flexing and stretching.  I catch him behind me but off to the side on the floor stretching as we are doing our cool down and he's staring at me.  Um, eyes on the younger girls if you want to be a pig.  I don't dress like Nudie.  I'm still a pretty girl but homey don't play that.  I'm there to work out and go home.  Not to find a plaything and if I was looking, not even on my list this century.

So he sets up next to me and today he decided to strip more in my space than he has ever been before and he had plenty of room.  He also walked up on me a few times during class and stepped in front of me during cleanup.  I ignored hm each and every time.  Get the hint or my mouth is a terrible thing when it gets going.

The sad part is I know I saw a pic of him and his wife on the gym page a few months ago when they were spotlighting the heavy duty members.  Some men are real jerks.

Anyway, I am off to take my shower (scrub him and the rest of the gym off) and then to work where I will be studying on my last day before I hopefully can put it all behind me.  I will be so glad to get it over with!

Have a great day all!

@Laura14, I have no doubt that not only will you pass but will score high.  If I were you, I'd be thinking about how I'm going to reward myself.

@Laura14--good luck on your test tomorrow!  Lots of positive vibes headed out to the Universe on your behalf!

I know what you mean about being a student as an adult.  I experience it every time I have to learn new choreography for Zumba or La Blast!  I used to have a fantastic memory, now I have to really work at memorizing things.

Small group today and a busy day at work, so this is pretty short--have a great day everyone!

@Mmsfoxxie and @DrKelli  I am glad I am not alone on losing some learning cells.

And @Mmsfoxxie, had I not had company this weekend, the reward would have already happened.  Planned and just waiting for tomorrow to be over so I can go get it.

@Laura14 You got this!  Lots of good thoughts going out to you for the test tomorrow.  I took a college class in my mid-50's and studying was definitely harder!  I so admire you for making this change and sticking with it.  It took a lot of courage to take that step.  I know you will do well tomorrow.

Thank you @JudyL!  I hope you are right side up and can stay that way.  Nothing better than being on the other side of a health issue.

Good May 1st day to you all!   We used to call it May Day when I was little and I remember people used to put little flower bouquets on your door knobs...funny how I remember that.

Laura you will Rock this exam, I know how hard you have been studying and how hard it was to get to this point, you can do this!!!  We look forward to celebrating with you!

I'm another one afraid to break out of my comfort zone, I know all too well!

Just came in from a 2.5 mile walk before the rain sets in, very windy out.  We are in a high fire danger right now, and that's hard to believe since we still have snow on the ground but there are areas where it's tinder dry and the pines and needles and the winds...had a wild fire not far from me yesterday and some had to evacuate but it's out now but they seem to be popping up in other areas now.

Foxxie enjoy your super Tuesday workouts, you'll be on your high cloud again!

DrKelli hope your day goes well for you too!.

Judy so glad to see your post and your upright!  Hooray...this will soon be a distant memory!

MickD thank you, I have Merrells but they aren't wide enough and my toes are cramped.

Waving to everyone, need to get on my TG now, not feeling it though.