Auto-suggest helps you quickly narrow down your search results by suggesting possible matches as you type.
Showing results for
Search instead for
Do you mean
Reply
Topic Options
Highlighted
Mindy D
Esteemed Contributor

As for the ACTUAL STUDY MENTIONED IN THE ARTICLE.  THE RESULTS ARE NOT STRONG ENOUGH TO POINT TO AVOIDING SOLANACEOUS VEGETABLES BEFORE SURGERY. INSTEAD, THE RESEARCHERS CALL FOR FURTHER STUDY.
Can J Anaesth. 1997 May;44(5 Pt 1):525-34.
Natural inhibitors of cholinesterases: implications for adverse drug reactions.
Krasowski MD1, McGehee DS, Moss J.
1 Department of Anesthesia & Critical Care, University of Chicago, Illinois 60637, USA.
”In addition, SGAs may influence the metabolism of anaesthetic drugs and this hypothesis warrants experimental investigation.”
PMID: 9161749 PMCID: PMC2877586 DOI: 10.1007/BF03011943
HERE, BELOW,  IS A MORE RECENT STUDY  which does add to the liklihood  that potatoes consumed before anesthesia (succinylcholine neuromuscular block) can delay recovery from this anesthesia. Coupling the information strengthens the case to avoid potatoes before surgery with succincinylcholine block.
J Clin Monit Comput. 2013 Dec;27(6):609-12. doi: 10.1007/s10877-013-9476-z. Epub 2013 May 23.
The effect of preoperative consumption of potatoes on succinylcholine-induced block and recovery from anesthesia.
Bestas A1, Goksu H, Erhan OL.
1 Department of Anesthesiology and Reanimation, Firat University School of Medicine, 23119, Elazig, Turkey, abestas@firat.edu.tr.
“This study suggests that potatoes eaten before anesthesia can prolong the duration of succinylcholine-induced neuromuscular block and delay recovery from anesthesia.”
PMID:
Can J Anaesth. 1997 May;44(5 Pt 1):525-34.
Report Inappropriate Content
Message 11 of 62 (337 Views)
Reply
1 Heart
Highlighted
cherry
Honored Contributor

It might sort of be a case like peanuts, some people can eat them and others can't. As you have so wisely pointed out on many occasions we are all different. FWIW I agree with @violann

Just for the fun of it, here's some more info about a real "deadly nightshade", belladonna.....

<<Atropa belladonna
.
Atropa belladonna, commonly known as belladonna or deadly nightshade, is a perennial herbaceous plant in the nightshade family Solanaceae, which includes tomatoes, potatoes, and eggplant (aubergine). It is native to Europe, North Africa, and Western Asia. Its distribution extends from Great Britain in the west to western Ukraine and the Iranian province of Gilan in the east. It is also naturalised or introduced in some parts of Canada and the United States.

The foliage and berries are extremely toxic when ingested, containing tropane alkaloids.[1][2] These toxins include atropine, scopolamine and hyoscyamine, which cause delirium and hallucinations,[1][2][3] and are also used as pharmaceutical anticholinergics. These tropane alkaloids appear to be common in the family Solanaceae, as they are also present in plants of the genera Brugmansia, Datura and Hyoscyamus, of the same family but in different subfamilies and tribes than the nightshade.

Atropa belladonna has unpredictable effects.[1] The antidote for belladonna poisoning is physostigmine or pilocarpine, the same as for atropine.[4]

It has a long history of use as a medicine, cosmetic, and poison.[1][2]

Before the Middle Ages, it was used as an anesthetic for surgery; the ancient Romans used it as a poison — the Roman empresses Livia Drusilla and Agrippina the Younger both were rumored to have used it for murder; and, predating this, it was used to make poison-tipped arrows.

The genus name Atropa comes from Atropos ("unable to be turned aside"), one of the three Fates from Greek mythology, who cut the thread of life after her sisters had spun and measured it.

The name belladonna is derived from Italian for "beautiful woman", as during the Renaissance, the herb was used in eyedrops by women to dilate the pupils of the eyes to make them appear seductive.[2][5][6]

It might sort of be a case like peanuts, some people can eat them and others can't. As you have so wisely pointed out on many occasions we are all different. FWIW I agree with @violann

Hi cherry. Solanine is a poison. In high amounts it can cause death and illness. Response to poisoning is different than allergic response.. This result is not an allergic result. There are also people that are allergic to any of these plants.

If something can kill you, I don't pick nits about it  and I really don't care if it is a poison ,or an allergic reaction, the result is the same

Many plants contain toxins. These toxins are defenses the plants have evolved to protect them and ensure the survival of these species.

novamac, here’s Belladonna’s effect on the pupil of the eye. 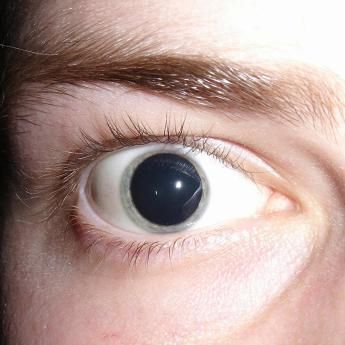 If something can kill you, I don't pick nits about it  and I really don't care if it is a poison ,or an allergic reaction, the result is the same

Solanine is found in the GREEN parts of plants in the Solanacea* family. The poison is concentrated in the green parts and only, unharmful, very trace amounts are found in most ripe fruits of the plant.* Don’t eat potatoes that are greenish anywhere and only eat ripe tomatoes, bell peppers, and eggplant. Green bell pepper fruit also contains only trace amounts of solanine (less than 10 mg of glycoalkaloid per kg). I took Tropical Botany in grad school, and my professors were leading experts in this. They had even authored the textbook. Never eat the leaves and stems of any plant of this genus, (Solanum). Cut all eyes from potatoes.  The toxin increases when the green parts of the plant are exposed to light and undergo photosynthesis. Persons that are allergic,to tomatoes, for example, should avoid them. If you have been eating these fruits for  years without any signs of trouble, you are probably not allergic. The results are definitely not the same.   https://www.diagnosisdiet.com/nightshades/

*Belladonna is also a member of this family and the berries can be lethal, but not because of solanine content. This plant contains other toxins that are highly lethal.

Interesting, isn’t it? I love botany.