Auto-suggest helps you quickly narrow down your search results by suggesting possible matches as you type.
Showing results for
Search instead for
Do you mean
Reply
Topic Options
Highlighted
hckynut
Honored Contributor 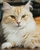 I will add 1 more comment to this thread along with my previous post. I said this phrase not that long ago in this forum in another thread. Am I quoting? Beats me!

"It is not the number of chronological years in one's life that is the most important. It is the quality of one's life within that number of years"!

That's it, we all will meet the same conclusion of life, death.

@tsavorite  yes he did ,soon after saying he was going to live to be 100. I think that is why Cavett thought he was clowning around

@tsavorite  yes he did ,soon after saying he was going to live to be 100. I think that is why Cavett thought he was clowning around

"Rodale died of a heart attack at the age of 72 while participating as a guest on an early-evening taping of The ****** Cavett Show slated to be aired that same night, Tuesday, June 8, 1971. Rodale was still on stage, having finished his interview, and was seated on a couch next to the active interviewee, New York Post columnist Pete Hamill. Rodale had stated during his just-completed interview on the show, "I'm in such good health that I fell down a long flight of stairs yesterday and I laughed all the way", "I've decided to live to be a hundred", and "I never felt better in my life!"[12] He had also previously said, "I'm going to live to be 100, unless I'm run down by some sugar-crazed taxi driver."[13][14]
According to ****** Cavett, Hamill noticed something was wrong with Rodale, leaned over to Cavett, and said, "This looks bad." According to others, Cavett asked, "Are we boring you, Mr. Rodale?" Cavett himself said that he "emphatically" did not recall saying this, but one of the two physicians in the audience did remember this. The physicians (an internist and orthopedic surgeon, both in residency) rushed onto the stage to try to revive Rodale with cardiopulmonary resuscitation, including mouth-to-mouth resuscitation. (During an appearance on The Tonight Show Starring Johnny Carson that originally aired on February 5, 1982, Cavett stated "firefighters from across the street" also attended the patient.) Although an electrocardiogram continued to show cardiac activity, they were unsuccessful; Rodale was pronounced dead on arrival at Roosevelt Hospital.[15][16] The episode was never broadcast, although Cavett has described the story in public appearances and on his blog.[12]"

@moonlady wrote:
I remember all about Rodale's appearance on Cavett's show. He'd been bragging that he was going to live to be 100 just before he keeled over. Cavett, in his usual, deadpan voice, asked if they were boring him. Yikes.

It is interesting, though. Those like LaLanne (I remember Elaine LaLanne and their dog, Happy, too) benefited from their healthy lifestyles. Some who died relatively young were genetically predisposed to heart disease or had a history of unhealthy habits. Jim Fixx, for example, had been a heavy smoker and overweight before adopting a healthy lifestyle--plus he had a family history of heart disease.

Atkins is interesting, too, because people were quick at the time to attribute his death to, perhaps, a heart attack due to his high-fat diet. As it turned out, he'd fallen and sustained a head injury. What caused the fall, no one knew, but he'd had numerous health problems, himself.

Robert Atkins slipped and fell on an icy sidewalk and hit his head rather hard.    He was in the hospital for several days and I don't believe he ever regained consciousness.

Adele Davis was very well versed on nutrition and when she was diagnosed with cancer, she just couldn't believe it.  I recall reading that others in her family had had cancer, but the genetic link wasn't given much attention at that time.

I avidly used to read and collect Adelle Davis books.  Just discovered that a foundation had been created in her name.

This site includes recipes attributed to her.  And a claim that she
"invented granola".

I read the Adelle Davis book in my teens because the title attracted me.  Eat Right to Keep Fit.  She had a recipe book, too.  As I recall she advocated eating lots of liver, drinking quarts of milk, and recommended blending oil, raw eggs, lecithin and dried powdered milk in a disgusting drink called Pep Up.  Also mega doses of vitamins and minerals.  She was a pioneer in recommending more natural foods and educating us about the dangers of processed and high fat foods but uck, the rest of it.

I remember that awful-sounding 'pep up" concoction.

I loved Adelle, but only for her overview of nutrition and health...........certainly not for ANYTHING requiring the addition of lecithin, liver,  raw eggs and powdered milk.

My husband has loved B-vitamin-rich calves' liver and chicken livers all his ilfe, but has to go to restaurants to get them, because I sure won't have anything to do with them.

He also drank quarts and quarts of milk per day while younger, and still does drink a lot of it.  Have always wondered if those habits have anything to do with the fact that his hair has barely turned gray and he still has hair........he's 78 years old.

No thanks for reminding me  that Adelle wasn't perfect.  Liver, raw eggs, powdered milk--yuck.