It had been 15 weeks since Chaz cut my hair, so I was glad he had an opening for me today. I came with my usual list of questions. I also took some photos, particularly the one with the Spring offerings on the shelf. If you are interested, here were my questions:

@77yangya He did see what you wrote, what you requested I ask of him, but that was not periscoped. It was before we started. However, when he was busy in the other building and I was sitting in the chair waiting, I had time to read what you wrote, in case you were watching.

Now, here are some photos I took. Some I have done in the past, but are for those who have not looked at my prior threads on visits to his salon. 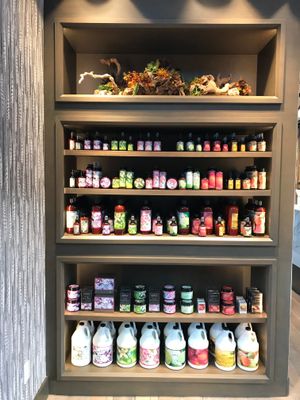 This is the Spring display. 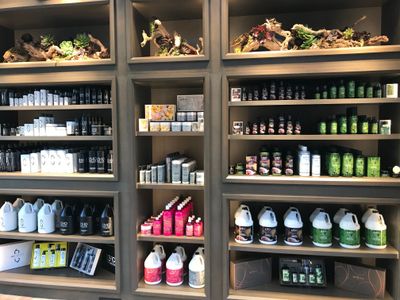 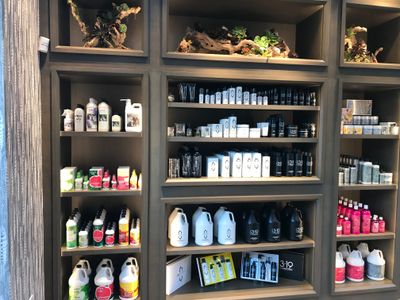 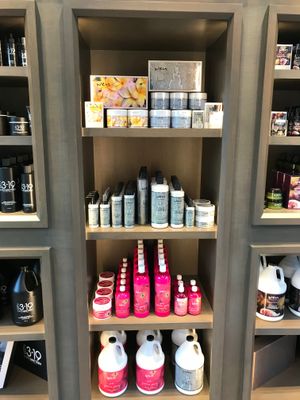 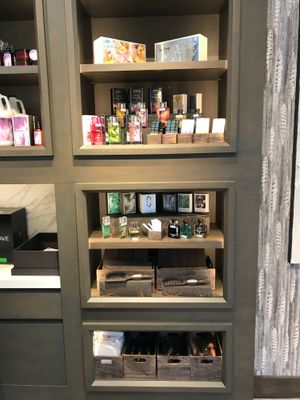 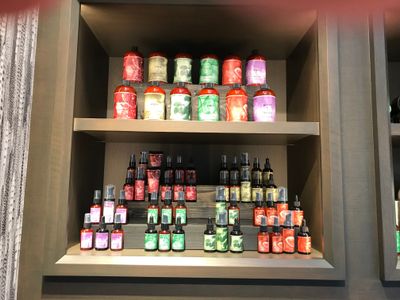 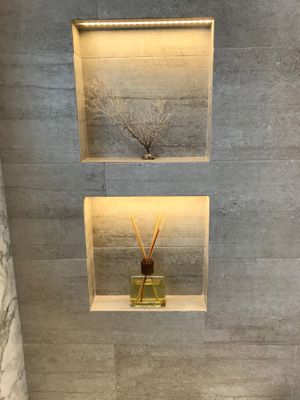 This is part of a shower in one of the bungalows. 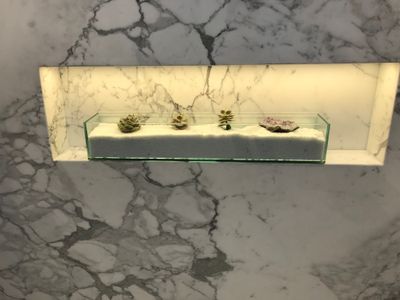 Another wall in the shower. 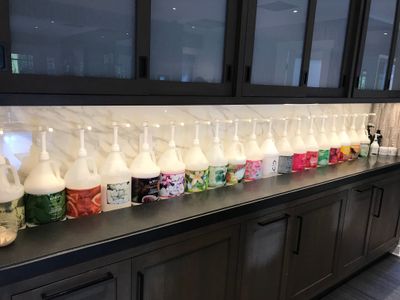 Your choice of what you would like to use! 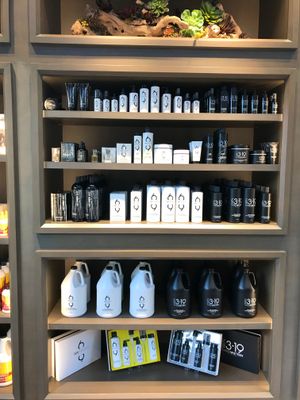 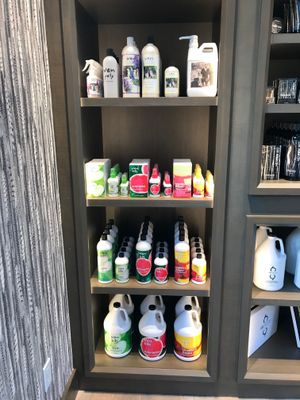 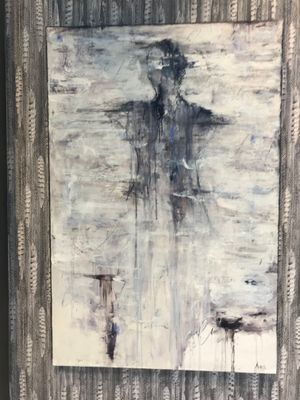 This is on the wall where the Christmas Tree was displayed. Not sure what it is, but I love the coloring of it.

@World Traveler  Thank you for taking the time to ask and post the questions/answers.

I live close enough to visit his salon, but have never made the trek or have that extra money available because I'm sure that if I went there once, I would have to go there everytime I needed a trim.

Thank you for taking the time to write & photograph a very Interesting article on Chaz & his salon....I found it to be very informative....

What a fun day it must have been to spend it with him & to bend his ear!  He seems like a very spiritual person & I look forward to his visits!

He seems like sure a calming and kind soul.

I would love to know if he has or what are his favorite animal welfare group(s).  He is so gentle and loving to his dogs.  I admire that.

The last photo of the art work, I looks like a person standing or laying with arms and legs spead apart.

@World Traveler   Interesting post.  Thank you for taking the time to give us this information.  I've been using Wen for 7 years and I love it.   I always enjoy what he has to say and continue to learn how to best use his line.

@World Traveler.  Thank you so much for this post.  Love the photos and I'm curious about the seventh picture from the top.  The one of the shower in one of Chaz' bungalows.  Do you know if that Is that a diffuser?  Could that be WEN oil?

@CAcableGirl2 Yes, I know. I was only going to have him cut my hair once, just for the experience. Two years later, I still keep going. He doesn't cut it every time. On balance, it is about every other cut I get, making it around four times a year. As I have said many times before, I consider it like a doctor visit, a hair doctor visit. It is my one-on-one consultation with an expert on hair. I always learn a lot, and he keeps a close eye on which areas of my scalp I need to work on. I am eternally grateful to how much help and results I have gotten from him and his products.

But, I would love for you to just go there to look around and enjoy the grounds. It is very relaxing to sit outside. Amazing that it is so Zen-feeling when that part of Hollywood is busy and there has been construction going on for what seems like forever! ha!

Perhaps take a very strong person with you and entrust them with pulling you away before you spend any money! LOL!!!

@World Traveler.  Thank you so much for this post.  Love the photos and I'm curious about the seventh picture from the top.  The one of the shower in one of Chaz' bungalows.  Do you know if that Is that a diffuser?  Could that be WEN oil?

@Gussie2007 Oh, I never thought about whether it was a diffuser; good possibility. I was using the bathroom and wasn't paying too much attention, other than how neat that there is a shower in that bathroom. I didn't smell anything different, like it was some type of oil, and just assumed it was for looks. But I bet you are correct.

However, right outside that bathroom, there was a strong smell of the Vanilla Mint candle, which kind of surprised me because he normally likes to keep within the seasons with the displays and products you can use/buy. I asked someone working there and they said it was the Vanilla Mint. Yummy!

I also took several photos outside, but every time I try to post them, I get a QVC error message that says "the file is too large," around 4k, and I can only post up to 3k, approximately. Don't know how to work around that you can see the outside of his place. I used my iPhone to take those outside pictures, but also used my phone to take the inside photos. If someone more knowledgeable about working with file sizes wishes to give me some ideas on how to make it work so you can see more photos, I will try it.

@World Traveler, thank you for posting such an informative interview.  I have hopes of having him cut my hair sometime in the future.  I always enjoy your posts.

The next time that I hear salt and ice together, it better be in a margarita!
Report Inappropriate Content
Message 10 of 25 (1,417 Views)
Reply
3 Hearts