Auto-suggest helps you quickly narrow down your search results by suggesting possible matches as you type.
Showing results for
Search instead for
Do you mean
Reply
Topic Options
SilleeMee
Honored Contributor

Uh, why are they called 'wireless'?? I see the wire. Furthermore, they are calling these 'headphones'...?? Look like earbuds to me. I'm at a total loss.

The 3 major shopping channels all are hawking ear/headphones this weekend---. the big guy on H^SN, Guy, I think, even mentioned how nicely priced at $70 or whatever so that the less fortunate has a chance to buy them--------like headphones will be the shining answer!!!! Was a little amazed but not really---seems like those kind of riduculous statements abound .

I went on and ordered them because they said you don't have to have the cell phone with you to answer it.

I have a landline too but you'd never know it because the only calls I get on it are advertisers.  Ugh!

Family and friends ONLY call me on the stupid cell phone.  I get so tired of carrying that cell phone around the house, I thought this might be the answer.

But I might be sending them back because it worries me the way they keep saying "to disconnect you just put the ear buds together".

I'm so dingbat I know I'll end up NOT ending the call and the person on the other end will be yelling to me to end the call!  Ha!

QUICK story:  Years ago when my husband was alive he was in Florida working on a house he'd bought.  He'd just called me to tell me how it was going and that he was taking a dinner break and driving to his favorite eatery to get something to take back and eat on the dock he'd been working on.  We said our "I love you's" and disconnected.

Then a minute or two later the phone rang.  I answered it and heard my husband singing, "Sittin' on the dock of the bay" (at the top of his lungs) happy as a lark....I kept yelling his name to tell him he'd "butt" dialed me.  I felt so guilty listening in....

Finally we were disconnected.  I waited a few minutes and called him back.  When he answered, I simply started singing, "Sittin' on the dock of the bay".  He started laughing and said, "How did you know I was singing that".

I said, "Well, this goes to show you better be good because I'm like Santa Claus.  I know what you are doing".

He laughed and I told him he'd butt dialed me.  (For those who don't know about butt dialing).  It's when you accidentally push the button that re-dials the last number you'd called.

This was back in around 2004.  I think it might be a little more difficult to do that with the new(er) cell phones.

You’ll have to take that up with the electronic industry, but this style is indeed called “collar” headphones or “neckband” headphones.  LG makes a pair like these as well.

Wireless doesn’t’ mean there are absolutely no wires, it means the headphones are paired via Bluetooth, so it’s not tethered [by wire] to your phone or tablet to do the job it’s made to do.

I've seen real wireless, real earbuds...NO wires whatsoever. Imo, the name of this Samsung item is very wrong. Headphones go on your head not inside your ears. 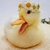 @annabellethecat  What a great story and a beautiful memory.

I’m waiting until the industry offers something foolproof.

DD has a wireless system to pair their car’s system with her phone and it rarely works correctly?

@SilleeMee  I may not be completely up on everyting regarding electronics or headphones, but my personal understanding is that there are over- ear headphones, on -ear headphones and in- ear headhones (same as earbuds?).

Also, i think wireless just means that you and the headphones are not physically attached to what you are listening to.

I have a 2018 Accura and the minute I get in my car it connects with my cell phone.  Sounds good, hugh?

Well it works best when someone calls me, but when I verbally tell it to call so and so, it says...."calling some person I don't even know or some random person from my addresses".  I quickly disconnect.  It drives me crazy.

I don't mumble and have always prided myself that I speak very clearly....yet it does this all of the time.

I don't use that anymore.  Recently, a friend said, "I received the strangest call and it said it was from your cell phone!"  I admit I looked confused...I didn't lie just kinda didn't say anything...(Ha!).

DD has a wireless system to pair their car’s system with her phone and it rarely works correctly?

I bet its human error.  This summer I purchased a new car.  Last month I decided to play around w/its BT/pairing capabilities to pair my video iPod Nano w/o first reading the car manual.  The first few go arounds it didn't work.  I whipped out the car manual.  I missed 2 important steps.....initial setup, car must be running & I selected the wrong button on the airplane control panel.  Now the car just "pairs" anything automatically from "memory."