Brauwyn, Kelly and Emily all need to lay off the lip fillers!!!!!!!  Especially Brauwyn and Kelly, Brauwyn's lips look hideous! Why do women think this is attractive??

Well here's a little nugget.  One of the all things Bravo Instagram accounts I follow posted a screen shot of Kelly's 23 and Me results she posted months ago to her own account.  The results did not reveal she is black.

I typically watch the prior weeks episode airing at 8pm (ET) and then the new show at 9.  Braunwyn was CONSTANTLY playing with her hair, very distracting not to mention annoying.  I can't stand her - she doesn't like anyone else to talk, and I feel sorry for her husband, who truly does love her.  The way she yelled at him all season for trying to get a word in edgewise because she just never shuts her pie hole.  I don't think she has added anything to the show.

I loved Gina's sleek bob hairstyle.  She's so pretty I think, and real - I don't see her as a phoney baloney.  Not wild about Emily and her dorky husband.  Who throws a party and has it at someone else's house?  Weird.  She seems to be more of a pot stirrer than anything else.  Elizabeth is an odd duck as well, but I wanted to stand up and cheer for her last night when she told Braunwyn off.  I also think her husky pooch is a great addition to the show.  He's so cute.  Her boyfriend - well, not so much imo.

Shannon is annoying but I like her for some reason.  For someone into health - taking vitamins, tinctures, seeing Dr. Moon for his alternative treatments, I wouldn't think she'd want to be pouring so much alcohol into her body.  I mean she's been pretty bombed at times, and she's too old for that.  And this new guy she's with, if he's a big drinker too, well that is not going to end well.  Her daughters are quite pretty and I like her dog Archie too.  I got a kick out of him in the hot tub relaxing, while Shannon had someone over.  He was resting his sweet head on the ledge near their feet.  So darned cute!!!

Kelly is mean.  And what a honker of a nose her new hubbie has.  My goodness.  I don't think I'd want to see her leave the show, because she does show a sense of humor at times and a different point of view, but I sure wouldn't want to be on her bad side.  Her daughter is growing up to be quite beautiful as well.  She must be doing something right.

Will see what happens next week.  Yes, thank goodness only 2 Reunion episodes.  After the RHOC finishes at 10pm, my blood pressure is too raised to continue watching the RHofSLC - sometimes I'll watch it on Demand but I don't care much for the cast, but I do enjoy the scenery, the homes and fashions, etc....Til next week - signing off....

I agree with all who think Shannons hair and make up should have been toned down about 75%...and what the heck was Braunwyn wearing 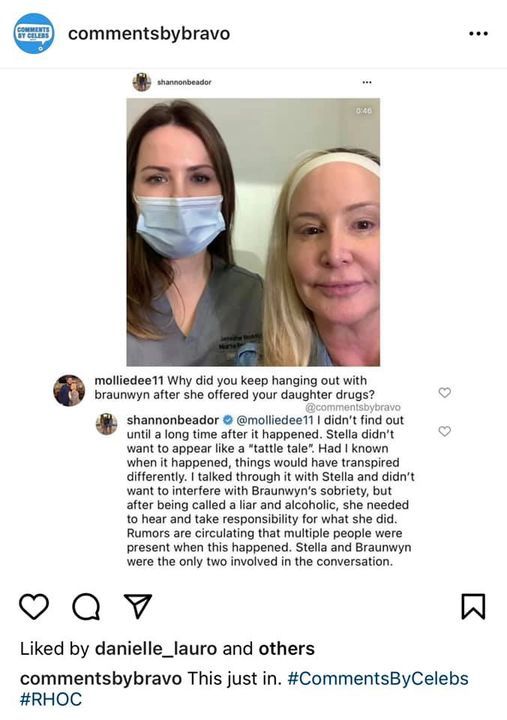