Auto-suggest helps you quickly narrow down your search results by suggesting possible matches as you type.
Showing results for
Search instead for
Do you mean
Reply
Topic Options
faeriemoon
Honored Contributor

~ It helps if you imagine Auto Correct as a tiny little faerie in your phone who's trying so hard to be helpful, but is in fact quite drunk. ~
Report Inappropriate Content
Message 81 of 433 (835 Views)
Reply
1 Heart
DREAMON
Esteemed Contributor

I thought it was Barbara they were talking about......maybe it is both of them.

I also thought she was talking about Barbara. Ramona also then made a comment about Barbara looking a bit manly.

I completely forgot it was on and didn't even set the DVR... I guess I'll have to try to catch both shows next week, though if this one was boring and with the prospect of Tinsley hosting a fashion show for her dog, which is what the cable guide says is in store, I wonder if it's worth it anymore...

I'm getting concerned that these 'friends of Luann" are going to appear on the show too much.  Besides Barbara, they keep showing another woman with blond hair, 50ish, getting in on the drama.  I'm going to give Barbara a chance, but I agree, she seems to be on a lot for a newbie.

That kiss in the bar with Sonja and that woman was too much.  A stranger kissing you like that?  Sonja is the free spirit of the show, anything goes with her.  I guess she makes more $ renting her townhome than if she were to sell it outright?  I can't believe there would be that many future renters for a place like that at $32,000 a month, but if several people go in on it ( forget how many bedrooms it has), maybe it is more affordable than a single apartment for Manhattan.

Dorinda xploded on Barbara about renovation discussions and Luann's feelings about Dorinda.  Dorinda was heckling her with "Jovani Jovani" at her show.  And perhaps Luann acted ungraciously toward Dorinda over providing her with the dresses.  It's as stupid as puppygate on the BHHW.  But maybe Barbara could have gotten Dorinda's kitchen renovations done more affordably than an outside contractor.  Well, her loss there.

Tinsley is 43 and I guess her family has $.  and lots of it.  She'd like a proposal from Scott, but I don't think that's going to happen.  I think he'll eventually go with a younger woman.  Tinsley is very attractive but may be too needy at this point which is a turn off I would think.

Didn't see too much of Bethenny.  She's on her good behavior this season.  I think she wears beautiful clothes and has nice taste in her apartments and homes.  Oh and the date Ramona was on, yikes!  He was frightening to look at, imo.  Ramona does have a youthful facial appearance I have to say.  I don't think she looks like she's 60.  Very young looking.  I don't care for the way she dresses, always xposing her herself, but she is the Ramonacoaster after all.  I'll be watching

@jellyBEAN . I read where Bethenny is trying to get sole custody of her daughter, so that may be why she is on her good behavior! lol!

I don't understand these women at all...maybe I am just getting tired and bored with the housewives in general.

Dorinda still has a mean streak when she isn't drinking and refuses to admit to ever being wrong or negative in any way.

Sonja's fake hair looked terrible in this episode. It was matted and so cheap looking. I would have taken it off for sure.

I don't know why Bethenny would be so quick to date if she is grieving the loss of her fiance. Sometimes we have to give ourselves time to heal.

Tinsley is like the Seat Filler at the Oscars...she moves in when needed with no story line.

I like Lu but she seems to be getting quite full of herself with the Cabaret Show.

Barbara must know someone at Bravo because she has a ton of air time and is in every scene with every housewife...strange for a new comer.

The Clam Bake looked staged to me. There were very few people there besides the cast and a ton of food. When they showed the scene of them in the pool there were no other guests in the background.

And then there's Ramona....There has to be something mentally wrong with that woman. Shoving lobster in a tote bag, walking around acting so strange. She has to have more than 1 screw loose.

@DREAMON   Maybe Bravo has to pay anyone appearing, so the background people aren't filmed, who knows, lol.

what a gorgeous view! 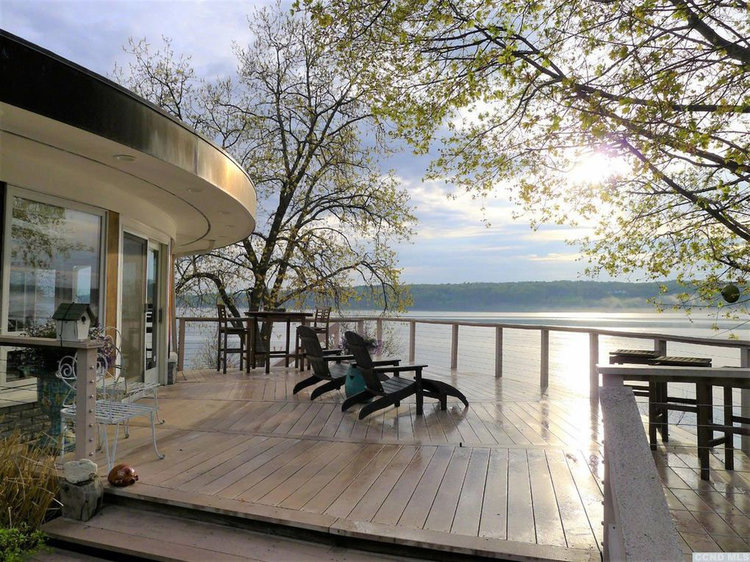