Auto-suggest helps you quickly narrow down your search results by suggesting possible matches as you type.
Showing results for
Search instead for
Do you mean
Reply
Topic Options
Sunshine45
Honored Contributor

hi ladies......the crazy new york ladies are baaaccckkkkk! we are on season 11! who is in for another season. carole radziwell is gone as a housewife. the show begins at 9pm et. married to medicine LA begins at 10pm et with some of the atlanta women going to see the LA women. dorinda medley and amber tamblyn will be on watch what happens live with andy tonight.

ENJOY!.....and lets see how many skinnygirl product placements we see in the first episode alone. LOL 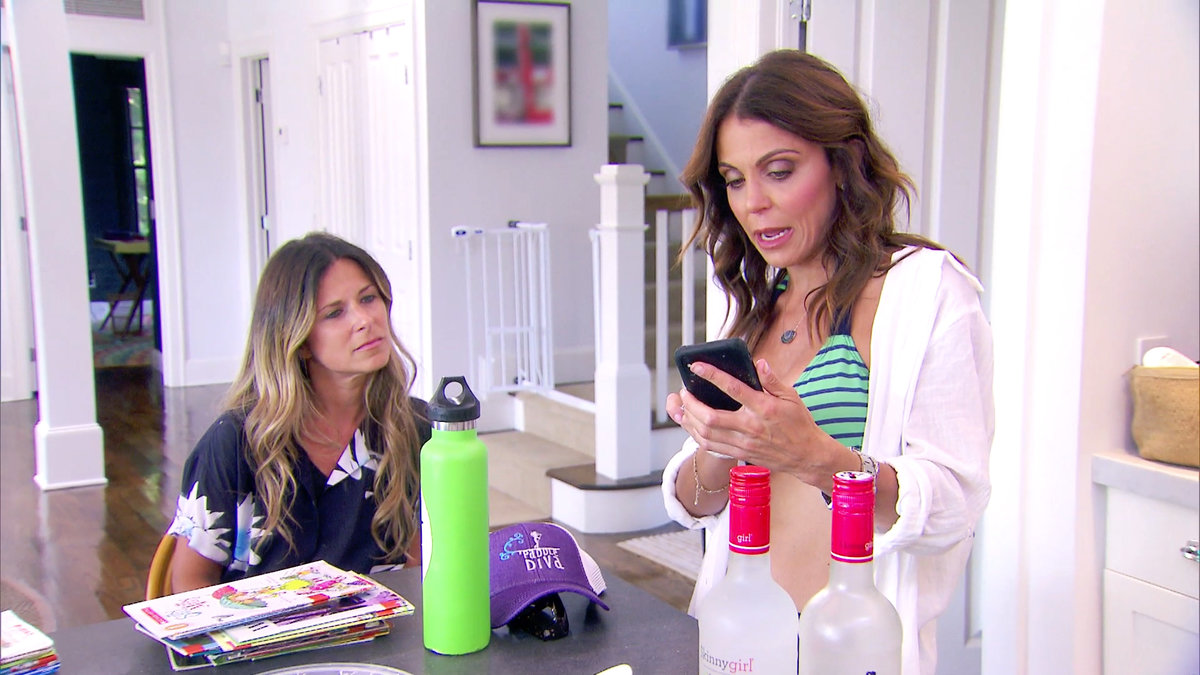 This season, after the tragic death of her boyfriend Dennis, Bethenny struggles with conflicting emotions while unexpectedly meeting someone new. Fresh off her second stint in rehab after last year's relapse, Luann is committed to her new love: cabaret! But will she ever get back on track with Dorinda after being heckled at her debut? Meanwhile, Sonja is embracing her future by finally moving out of her beloved townhouse for a fresh perspective on the city she calls home. Looking for a fresh start, Dorinda moves into an apartment in midtown. But not all change is good, as she is forced to evaluate her friendship with Luann. Always the hopeless romantic, Tinsley is ready for the next step with Scott, but he may not be on the same page. Also on the love train, Ramona continues her search for Mr. Right, even when old flames threaten to throw her off course. And Barbara Kavovit, a good friend of Luann’s who stood by the former countess after her relapse, should fit right in as she is not afraid to speak her mind. Barbara is a successful businesswoman running her own construction company.

I didn't realize it was on tonight.  Thanks for the reminder.

@Sunshine45 , Thanks for the info, I did not realize it was starting tonight, only one I care about watching!

They were on the Hoda show this morning, all doing little infomercials for the their products. Luann her show, Sonja her clothes and Ramona her skin care.  Tinsley was also on and looked very thin,  I am not sure if it was the camera angle or her clothes, but she looked too thin,  hopefully she is ok.  It will be interesting to see how it plays out for Bethany with loosing her former boyfriend,

So many HW's, so little time...I njoyed the 1st episode.  Not sure about the new HW just yet, Luann's female construction friend.  I like seeing their homes/apartments and their little doggies.  Sonja looks really beautiful in her confessional interviews.  Bethanny seems to be talking faster than usual, I had a hard time understanding her.  Tinsley is very lucky to have Scott who had a Bentley SUV sent to her in NYC.  She seems like such an airhead yet is able to attract rich men who have no problem spending $$$ on her.  Ramona is Ramona, embarrassing to see her with the swim instructor - she did more flirting than swimming.  I didn't quite get the Luann thing with wanting to sell her Hamptons home and the children filing a lawsuit against her, so she kept the Hampton home and I assume still has an apt. in the City.  Dorinda is still at odds with Luann and the whole JOVANI JOVANI JOVANI incident.

Well, we shall see what happens.  I've got to catch up now on the Jersey Reunion Part 3!  I xpect to see more fireworks!

Eh... It's a good thing I'm more or less addicted to this franchise, because were I going in 'cold', based on this first episode, I'm not sure I'd tune in again. For me, it fell pretty flat, but maybe I was just expecting too much, given everything that happened in the off season. Interesting that at no time tonight were all the women at the same place at the same time.

@jellyBEAN  I think this is the story... Before Lu had the current house in Sag Harbor, she had another house in the Hamptons. Supposedly, there was some agreement that when she sold it a certain amount of the proceeds were to go either to her children or in a trust for her children. They didn't. Instead, she bought the house in Sag Harbor... Last year, she tried to sell the house in Sag Harbor so she could buy a place in Upstate NY and her ex (the Count) and children filed an action against her to stop her from doing so. Supposedly, having her children take her to court was one of the things that led her to rehab the second time... I think she rented an NYC apartment when she divorced Tom, but not sure she kept it...

Thanks -- a very large kidney stone that won't pass, have a stent, but good news is the stone and stent should come out next Tuesday and hopefully will be back to normal and off the couch watching Hulu and Netflix,

I watched. Kind of boring 1st episode, but then again they usually are...As usual, Dorinda always talking about someone else, focus on yourself Dorinda and your problems and issues......LuAnne can be very full of herself, but I have always liked her, same with Sonja, I have always liked her...Ramona, thinks she is more beautiful and more sexy than she is as usual, and her constant flirting is so embarassing.....Bethenny wasn't too bad, and Tinsley is so flaky.......It willbe nteresting to see if she ever marries that guy-forgot his name.....

This is my favorite of the Housewives shows, so hopefully this season will be good!