Auto-suggest helps you quickly narrow down your search results by suggesting possible matches as you type.
Showing results for
Search instead for
Do you mean
Reply
Topic Options
VanSleepy
Respected Contributor

Lisa Rinna is at it again.  She just made up the whole scenario of Teddie and Kyle being so-called pawns, and they fall for it and now it's truth?  It was LVP's employee who was gossiping and telling the (perhaps not accurate) story to others.  I haven't seen Lisa talk about it unless someone else brings it up, and then she tries to shut it down.

On WWHL last night Isaac was practically salivating at the suggestion that Nicolette Sheridan be hired as a housewife. Dorit gave him a dirty look when he was going on about Nicolette. I would love to see this.

Dorit didn't return the dog to LVP's shelter because she wanted to avoid facing her. As in the motto "it's easier to ask for forgiveness than permission".

A three man glam squad, Erika should look better than she does. Her clothes are no bueno!

Lisa Rinna stirs the pot so she has something to do on the show.

On WWHL last night Isaac was practically salivating at the suggestion that Nicolette Sheridan be hired as a housewife. Dorit gave him a dirty look when he was going on about Nicolette. I would love to see this.

If that happened Lisa Rinna and Denise Richards would leave......Nicollette Sheridan has a horrible reputation of not playing well with others. I remember on Desperate Housewives, she was the one that couldn't get along with the other women. She ended being fired from the show as well.......

isaac looks fantastic in his suit tonight on #wwhl.

i did not know he had a new book out.

this entire thing is dorits fault yet everyone wants to blame lvp?

why did kyle and teddi feel the need to even say anything to rinna?

they could have kept their mouths shut.

I agree, it seems like they are all ganging up on LVP.  The ladies on RHNY did this to Bethany too.  I guess their egos can't take a queen bee.  It will be interesting to see how it all ends, hopefully this entire season is not about the puppy.

Although it did seem LVP was innocent in all this I somehow doubt she hasn't thrown a little grenade here and there.  She does have a history of playing the victim.  Who knows what kind of edit each is being given.  But Rinna does know how to be sure she gets screentime.  Let's face it, they all know they better bring the drama or they won't be coming back.

As far as Denise Richards, you know, she is much more natural than the other girls I think.  I think one reason she looks bad is her tan is real and not faux.  I'm sure those of you who live in So Cal can tell by looking at people if it's real or fake.  I grew up at the beach and looking at the high school reunions, you can just pick out who is still a sun worshiper vs. those who are faux tanning.   She clearly isn't spending the time on hair and makeup as the rest.  No layers of makeup to get the right shading and contouring, etc.  I had to laugh when she showed up in a cute little shortset for the gathering in the room and the rest were all dressed up. 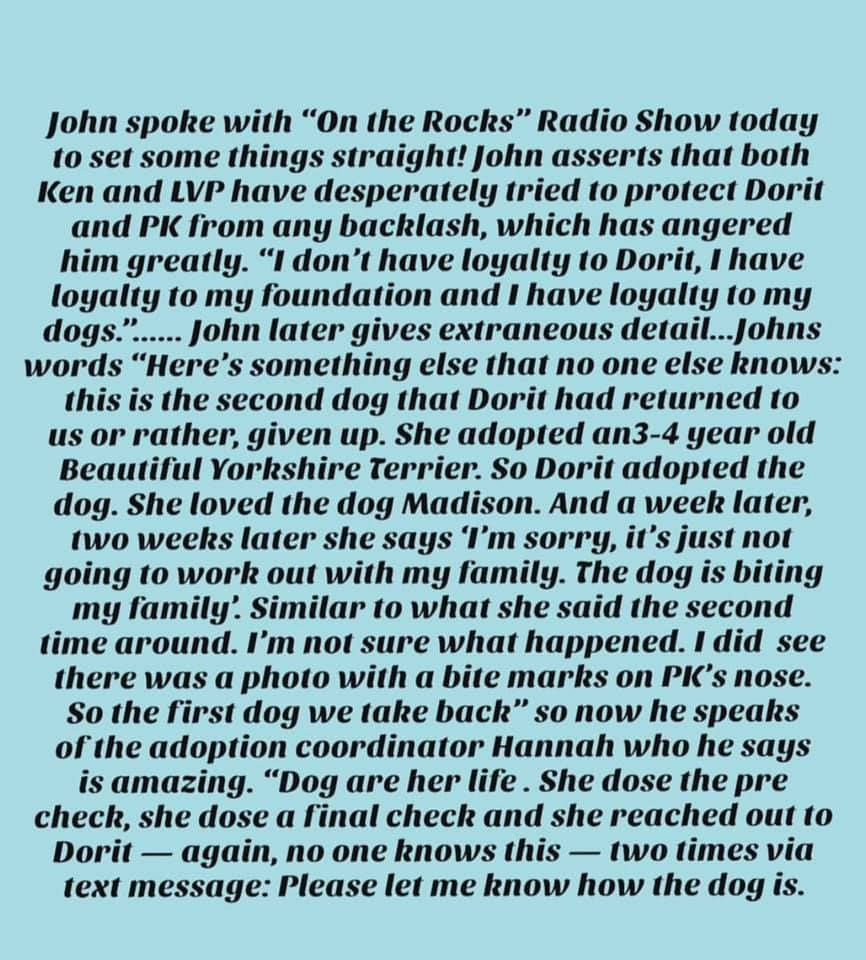 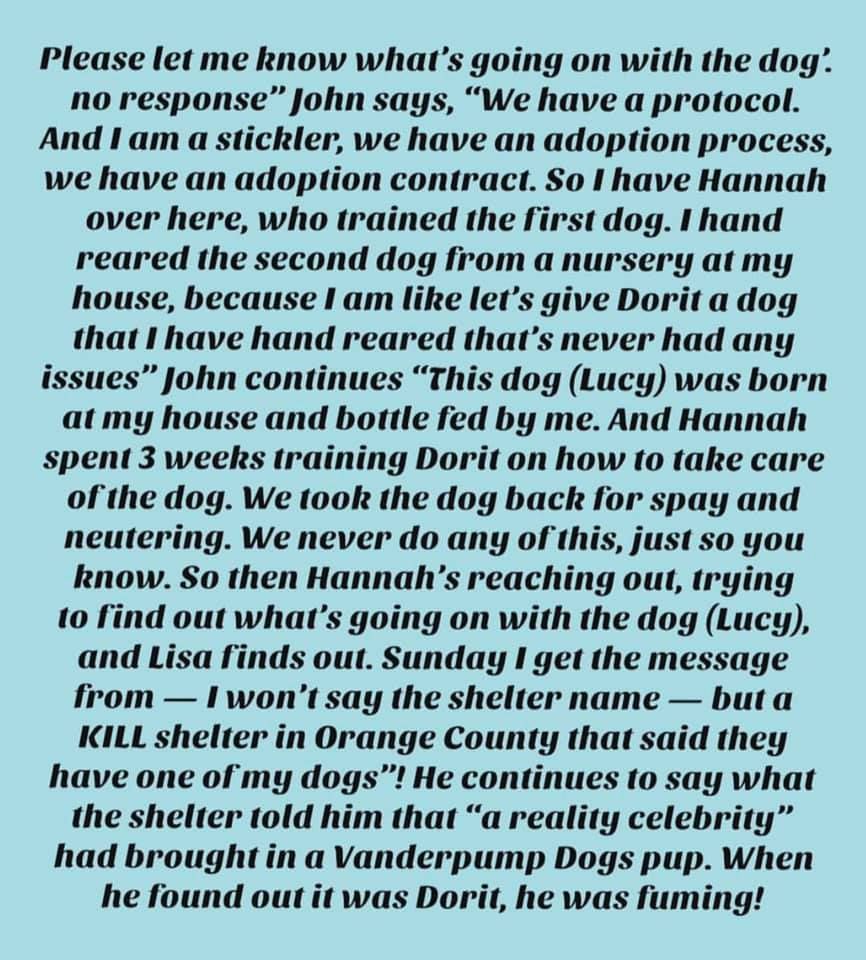 Dorit kept saying that she had told Lisa that she had given the dog to someone else, but she avoided saying why she didn't call Lisa first. There has to be a reason for that.

dorit was on wwhl last night. i was really listening to her "excuses."

on the show, she said she called lisa the next day.

on wwhl she said she told lisat the same day.

on the show she told everyone she gave the dog to a good friend.

the bottom line is........dorit and PK were responsible for that dog. the dog should have been returned to vanderpump dogs. that makes this THEIR fault.....totally. why everyone is trying to put the blame on lisa is ridiculous and we know the OTHER lisa is being the big instigator.

Why did Teddi have to bring up the dog subject   again?  LVP wanted to shut down the subject.  Sure did please Rinna.  At the last Reunion Rinna said she was going to be a better role model for her girls.

Erika has a temper!