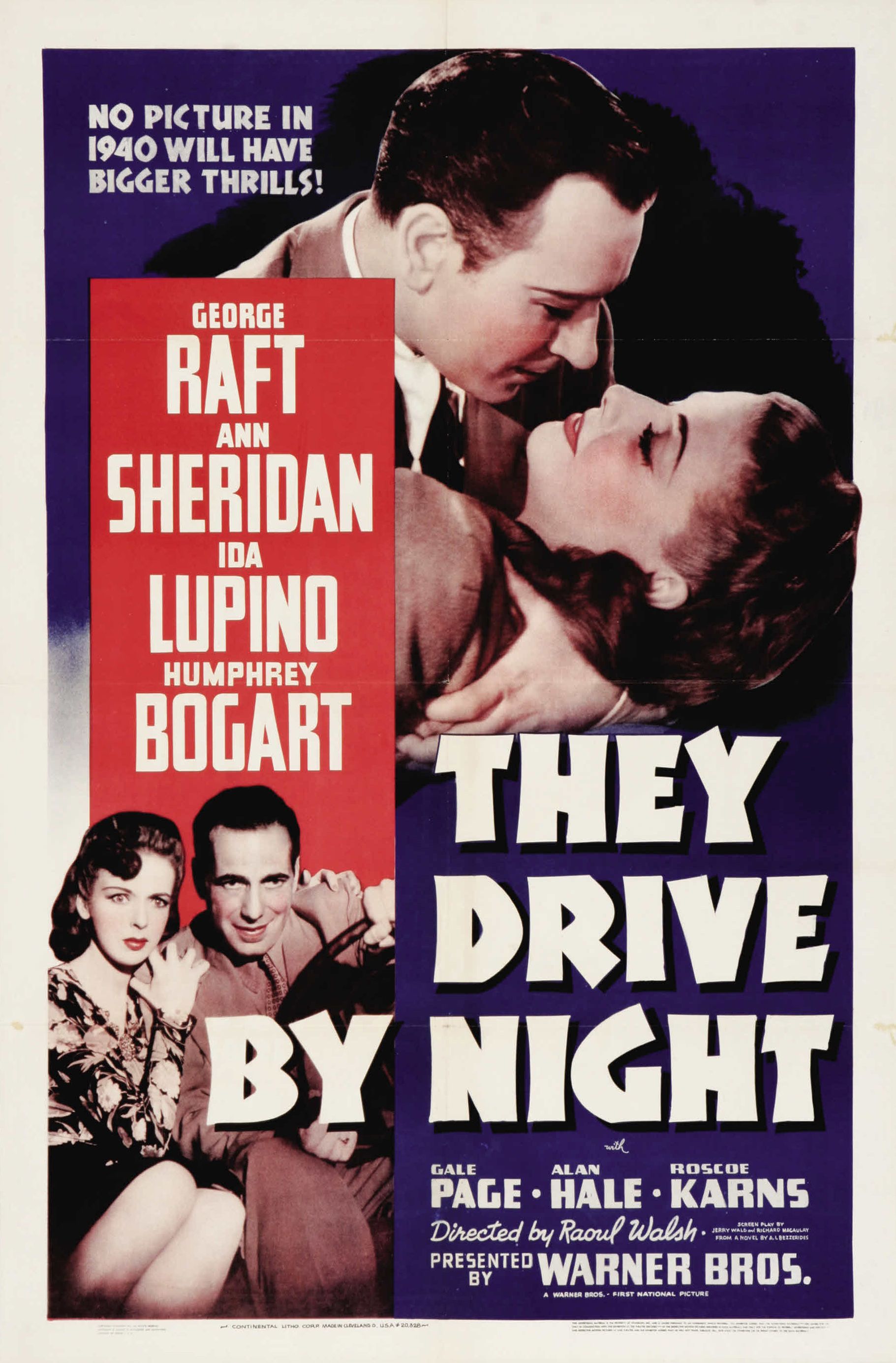 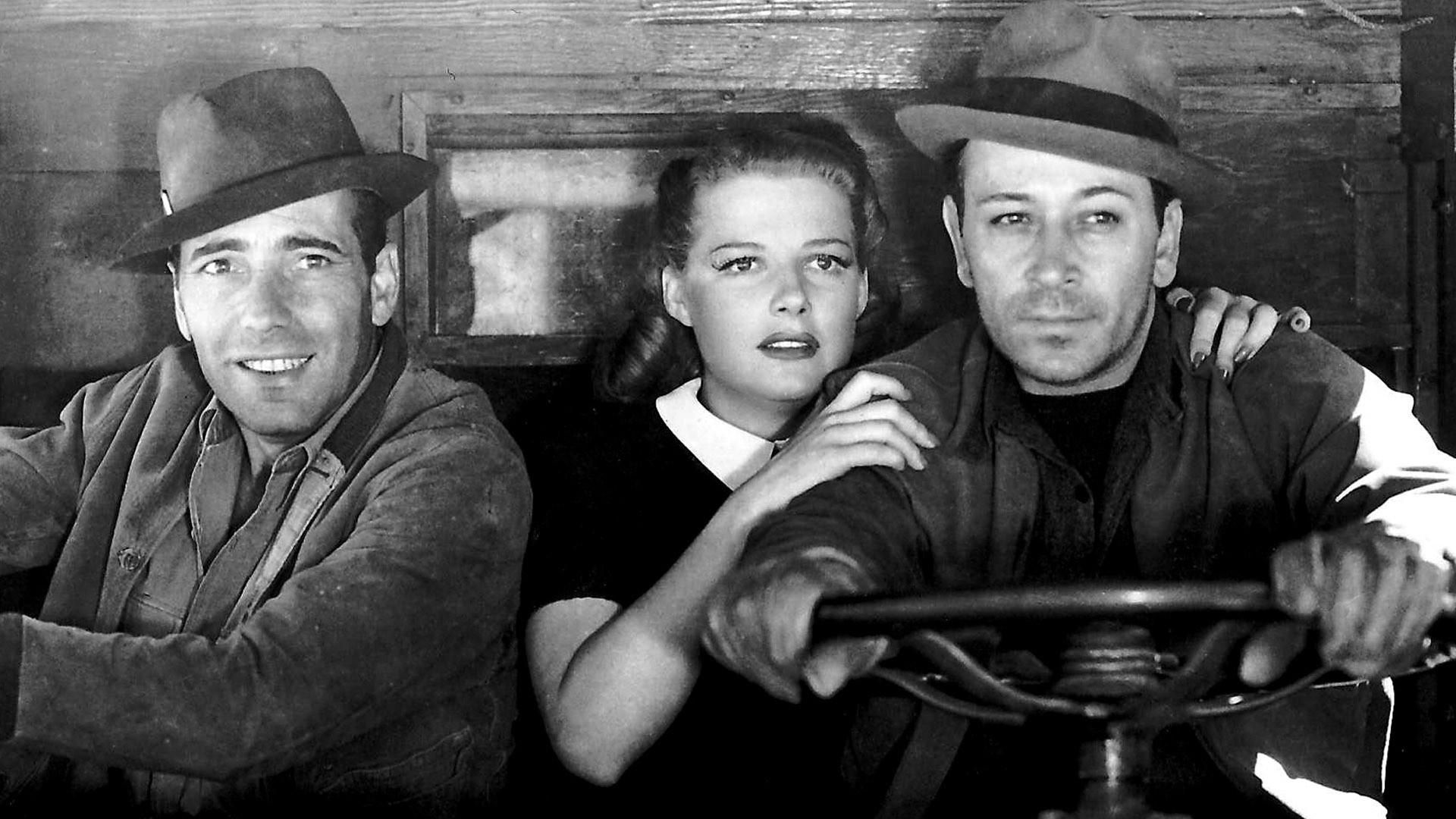 Raft and Bogart are brothers in a struggling trucking enterprise;  Bogie's married and wanting to be settled, while George Raft is ambitious and restless.  He falls for a spunky Ann Sheridan, but is romatically pursued by the wife (Ida Lupino) of an older friend who owns a trucking firm.  It's only one of the dangers that looms....

Love both Ann Sheridan and Ida Lupino, who's picturesquely almost driven crazy by her yearning for the elusive Raft.  The costumers have her frantically overdressed to match her "overheated" character in most of the movie: 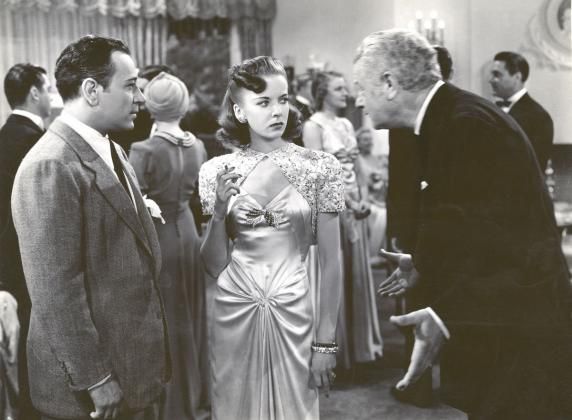 Except when she takes the stand, in her big moment.  Amber Heard vibes, anyone? 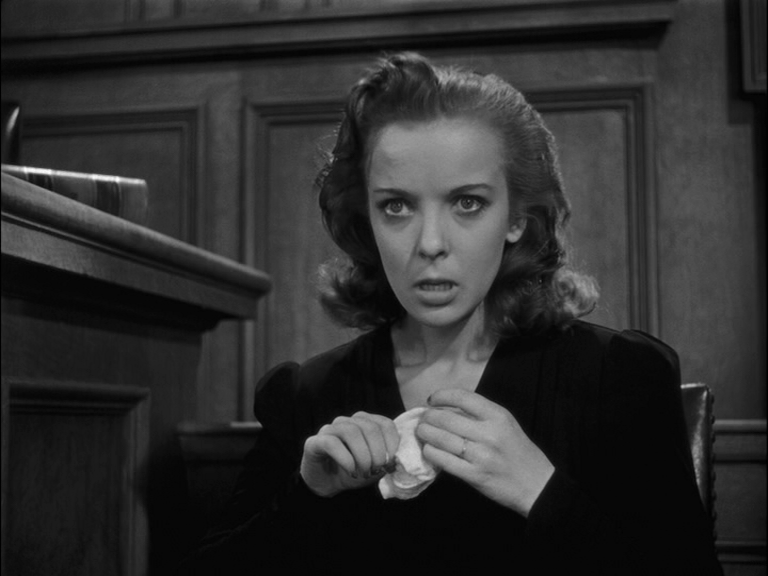 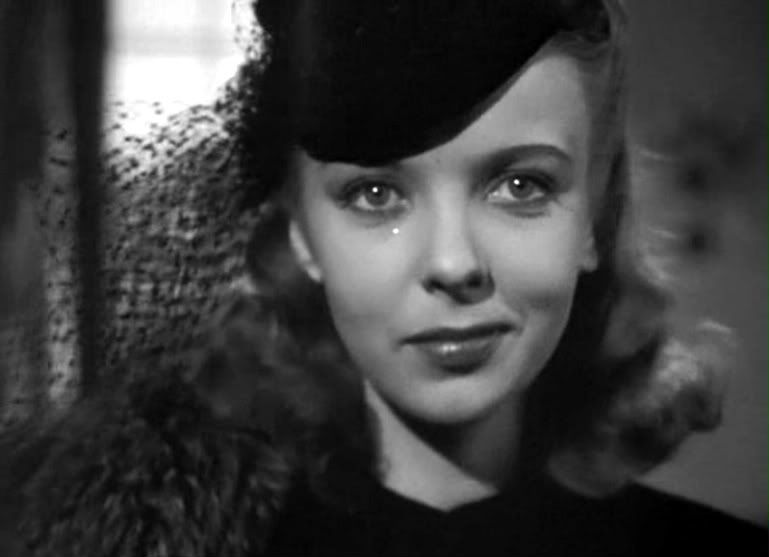 But I love all four leads in this, a must for noir fans.  Directed by legenday Raoul Walsh, of "High Sierra" and "White Heat" fame. 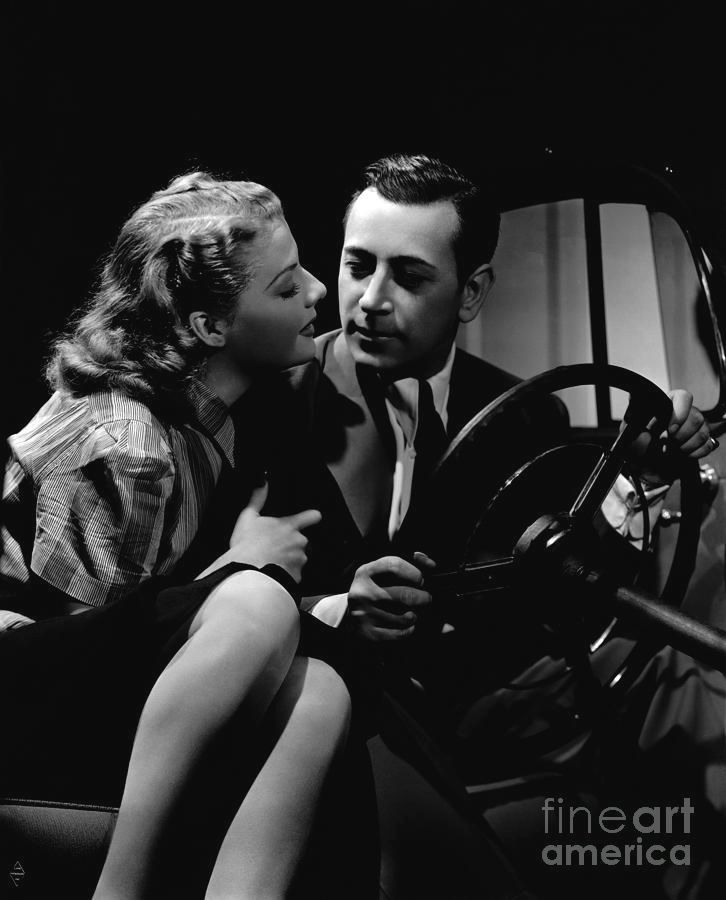 Comcast took the TCM channel away from me a few years ago and I dearly miss it!  While, in my opinion, any Humphrey Bogart is good, I certainly have my favorites.  I enjoyed "They Drive By Night" many times.  "High Sierra" is my favorite Bogie movie, along with "The Petrified Forest".  Having Ida Lupino in one and Bette Davis in the other adds to the fun!

@Oznell  That's an excellent movie with great movie stars, real stars.  Love Humphrey Bogart.  I remember the scene with the garage door going up and down up and down.  Eerie.

Oh, boy, @Citrine1 ,   that Comcast has so much to answer for.  I'm sorry you lost this pipeline for classic films, TCM, especially since you have such good taste in movies-- your faves are tops.

Glad you mentioned that scene, @MoJoV !    There are certain well-directed scenes that stick in our minds forever, so effective....

A great film noir----hard boiled. What a cast. Great view of California before beach and roads were fenced in. What a ride!, and the moonlight!

Great movie! One of my Faves.  "The doors made me do it" Ida at her best.