Flash!  Sorry for the late notice.  Just discovered "The Fugitive" is being started up again by MeTV in the wee hours of Monday morning (or, late, late, Sunday nite, if you look at it that way!).

They did this before, where they only show it once a week, just like a first-run show. It's so worth recording, though.  In my 'umble estimation, for mood, writing, character development, and acting, "The Fugitive" stands as one of the best American television series ever produced.

Much of its excellence of course is attributable to David Janssen, whose sheer charisma and insightful characterization of the wrongly-accused "Dr. Richard Kimble", kept the audience glued from first episode to last.

It's TV for film noir enthusiasts, and those who scorn the drivel that is so much TV fare now.

If you missed its run last time, and are looking for something good that you can watch week to week, this is it.  Tonight's episode is "Fear in a Desert City",  in which Kimble comes between a runaway wife (Vera Miles) and her vicious, possessive sociopathic husband (played volcanically by Brian Keith). 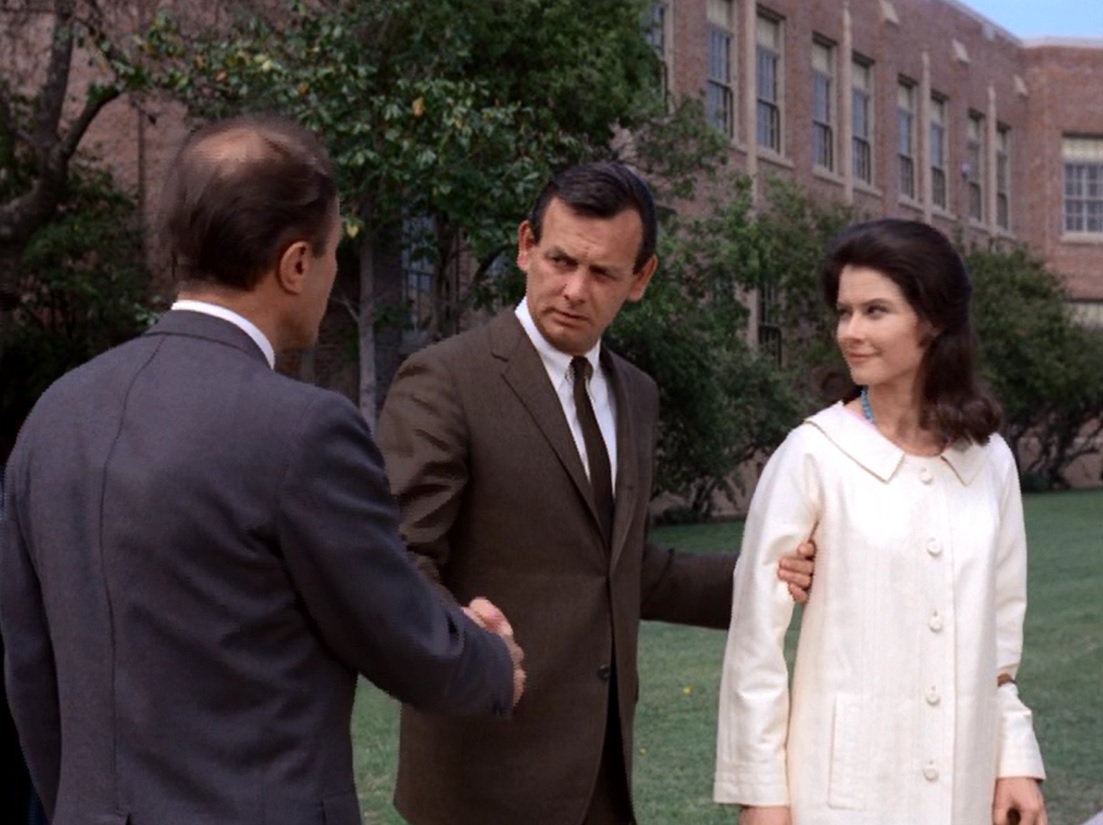 @oznell. 🥰🥰🥰🥰 My favorite show of all time! I just read your post now at midnight and will stay up to watch it tonight. That is the pilot show with Vera Miles si it looks like MeTV is playing them all in order.
Report Inappropriate Content
Message 3 of 23 (706 Views)
Reply
2 Hearts
Highlighted
oznell
Honored Contributor

@KLevineFan,  I forgot about "Mission Impossible",  thanks!  Fantastic.

@Pearley,  I believe you are right-- I think last time around they went right from the pilot, in order, to the end.

P.S.  Can't believe how scary and creepy the soft-spoken Brian Keith is in that episode.

Oh I so love this show!  Thanks again @oznell

One of my favorite series from the '60s.  Loved David J!  I was skeptical when they made a movie out of it with Harrison Ford but I love that movie too!

I love those old episodes with the train wreck beginning.
Meant to write above, of course I remember the 2-part ending, waching it as it originally aired. I've hated Diana Baker ever since because she got Kimble! 😄 But seriously I didnt like her in that role. Even as a teenager watching it, I thought she was too young for him, came out of "nowhere" in the story, and there wasnt chemistry between them. And I didnt like her last line of "Hey" after she and David spotted police cars at the end and just walked on (I think he said Hey back at her) after all the fantastic writing of that show. And that show truly was superbly written. David had much more chemistry with other females in the show -- with Baker not so much.

Agree totally, @Pearley --  I don't see how anyone could have thought that that final, pallid relationship he had with Diane Baker would satisfy the "Fugitive"s loyal viewership.

He had so much better chemistry with Suzanne Pleshette (of course!) and quite a few others.  I liked him with quite a few women, actually (in the plots you can tell that so many of the women who helped him were at least half or wholly in love with the tormented, sensitive Kimble, ha).

Even in fairly businesslike relationships he had, like his alliance with Carol Rossen (as the secretary to the young classical pianist prodigy Kimble goes to work for) had more chemistry.  I love Carol Rossen.

And when he had a full-blown romance, like with ethereal Susan Oliver in the California sail-making double episode, the chemistry really bubbled.

So it's baffling why they came up with such a poor match-up for what should have been a blockbuster ending to the series....

@oznell. LOL. I had that double episode Susan Oliver one in mind (Never Wave Goodbye or something like that was the title) when I wrote that other women had much better chemistry with Kimble. You read my mind posting that photo!
Report Inappropriate Content
Message 9 of 23 (607 Views)
Reply
1 Heart
Highlighted
Pearley
Honored Contributor

Reminder this is on tonight. I love the early episodes. ❤ Love this show.
Report Inappropriate Content
Message 10 of 23 (546 Views)
Reply
2 Hearts