George Stevens ("A Place in the Sun",  "Shane",  "The More the Merrier",  "I Remember Mama", among many others), was a brilliant director.  He was just the right choice to bring Anne Frank's heart-searing story to the screen.  All aspects of the film were nominated and won multiple awards.

That attic in Amsterdam, where Anne and her family and friends hid out from the Nazis, is so strongly evoked that you feel the fear, the terror and the claustrophobia of their terrifying predicament.  Millie Perkins received mixed reviews as the luminous Anne Frank, a remarkable, real-life Jewish girl who committed the whole sordid story to her diary for the world to know and marvel over.  Shelley Winters won an Oscar as a woman of many fears.

Anne's courage, indomitable spirit and intelligence make her a heroine for the ages and a beacon for those walking in the "the valley of the shadow".

The real Anne Frank, in all her vibrancy: 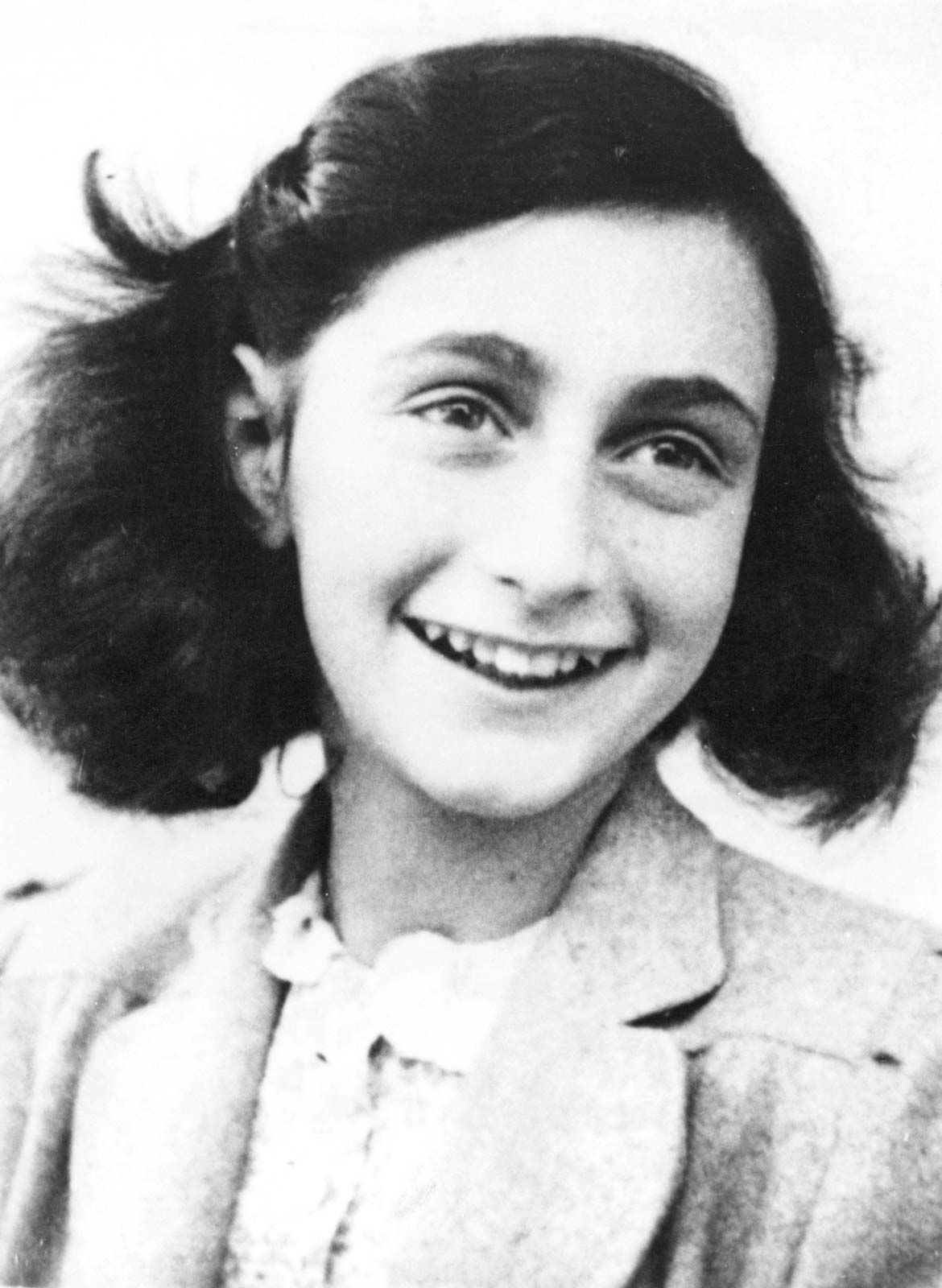 I've seen the movie and have also visited the Anne Frank house in Amsterdam which for me was an overwhelming experience.  Don't think I want to watch the movie again.

Another great film, that was shown recently. Cant TCM afford to buiy the rights to other films that dont already have in their inventory?

This is an excellent movie which brings out emotions of anger at what was going on and tears for those people who suffered.  I read the book and was very moved as I remember and the movie brought out the same feelings.

It is a very worth while movie and so well done by all the actors and actresses .To this day the impact of Anne Frank's words and experience still affects me.

Won't be watching this again...too sad. I've seen it many times.  In addition to it being sad, Shelley Winters really gets on my nerves in this film!

A sad reminder of the irrationally, destruction and evil that can result from such hate. (Our own society should take note). I can't imagine what poor Anne and her family went through. You're right, oznell, Anne Frank is a heroine.

I also visited the Anne Frank House in Amsterdam. I was most moved by the countless languages that translated her diary. I had seen the film years before. I don't think I could see it again. It's like Schindler's List, a must-see movie that you watch intently one time but that is so emotionally unsettling that you cannot bring yourself to view again.

@cimaranrose As a Jewish person I am somewhat offended by your comparison of Nazi Germany in a film about the Frank family who ended up in concentration camps, to "our own society" enough to warn it to take note. 🙁
Report Inappropriate Content
Message 8 of 9 (297 Views)
Reply
0 Hearts
cimeranrose
Valued Contributor

@Pearlee I meant no offense at all. I'm sorry if you took it that way. I would never think to compare or minimilize what happened in those horrendous concentration camps. There seems to be so much division and hatred in this country (even in the world) sometimes that I was only suggesting that society should remember what awful things can happen as a result of so much hatred.