Frothy, color-saturated musical about an American brother-sister dance team in London during the exciting time of Elizabeth's marriage to Philip Mountbatten.  An early effort by peerless musical director Stanley Donen.

This is very loosely based on Fred's early career with his charming dance partner-sister, Adele Astaire.  They were very successful, but it was after she left the act that Fred went on to movie fame.  He and sprightly, adorable Jane Powell seem a bit mismatched as brother and sister, but their talent shines through and makes this workable.  Fred's immortal "dance on the ceiling" makes this a must-see of his canon.

Cute romantic mishaps between Jane Powell and Peter Lawford, but Fred's love interest in this, Sarah Churchill does seem miscast to me.  Am wondering what the story was behind her casting?  She's a perfectly amiable personage, but wrong for this, in my opinion...

The movie is a fun diversion, mainly due to Fred's consummate artistry, and the romantic intrigues surrounding the British royal wedding. 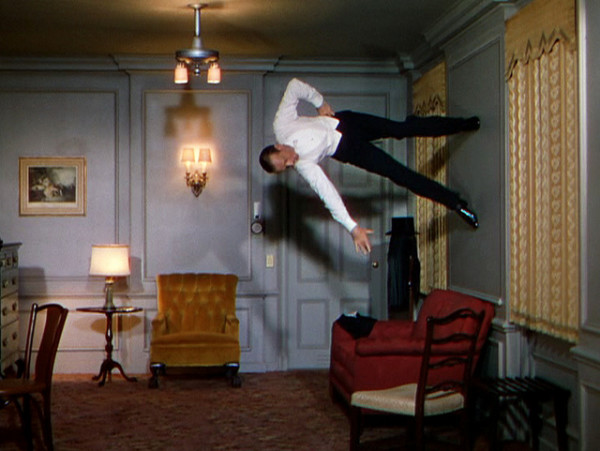 I went to a lecture by a guy who wrote a book about Fred Astaire. He showed us how the scene "Dancing on the Ceiling" was made. It was not easy for Fred Astaire nor the camera man. I can't believe how much they practiced.

I like that they used actual film footage of the crowds from Queen Elizabeth's wedding. My parents were in London when Princess Margaret was married. They said the city of London was decorated for the event. It was beautiful.

You can always be counted on for cool background info, @drizzella --  thanks!

I look forward to watching this movie tonight.

Jane Powell is such a doll.

This is a wonderful movie and as everyone knows who has seen Astaire dance, that alone is worth watching.  I love him in Holiday Inn and of course the women who danced with him were superb also.  This is a relax and enjoy movie.