Yes, the exclamation point is built into the title!  Very nifty, noirish little suspense film about marital jealousy.  Loretta Young and Barry Sullivan started out as blissfully in love, but they now inhabit a kind of Fifties' suburban hell.

Illness and frustration have embittered and twisted Barry, and he suspects his devoted wife of infidelities that drive him even crazier....  Loretta is also driven to the edge of her limit in this, and gives an interesting, nervous, and hyper alert performance-- she has the vigilant instincts in this of someone who is accustomed to abuse.  Absorbing film with twists.  I just wish the adorable Barry Sullivan didn't have to play such an unsympathtic character-- what a waste of natural charm!

No one describes a film like you, @oznell!  I’ll be in PT at this time, so I will be recording it for sure.

I so agree, it is a noirish film. It has several twists and turns. An enjoyable watch.

I think the little fellow who played Hoppy "Billy" is a cutie pie.

I couldn't tell you the last time I saw a Loretta Young movie on TCM. And now 2 in 2 days.

Oznell--Too many good movies by you. Don't know when I am going to see them all.  But thanks again.

You know, you're right, @drizzella, they don't seem to show her films that much, now that I think of it.  Lately they have been airing my favorite of hers,  "The Stranger", that she did with Orson Welles, fairly often.  You've probably seen that many times, but if not, watch for it-- it's a terrific noir.

The above photo of Barry Sullivan doesn't do him justice, but I couldn't find a good one of him in "Cause for Alarm!"

This one of him (from "Tension", I think) with the cheekbones, the cool downward gaze, the fedora and the shadows, that's the essential Barry Sullivan! 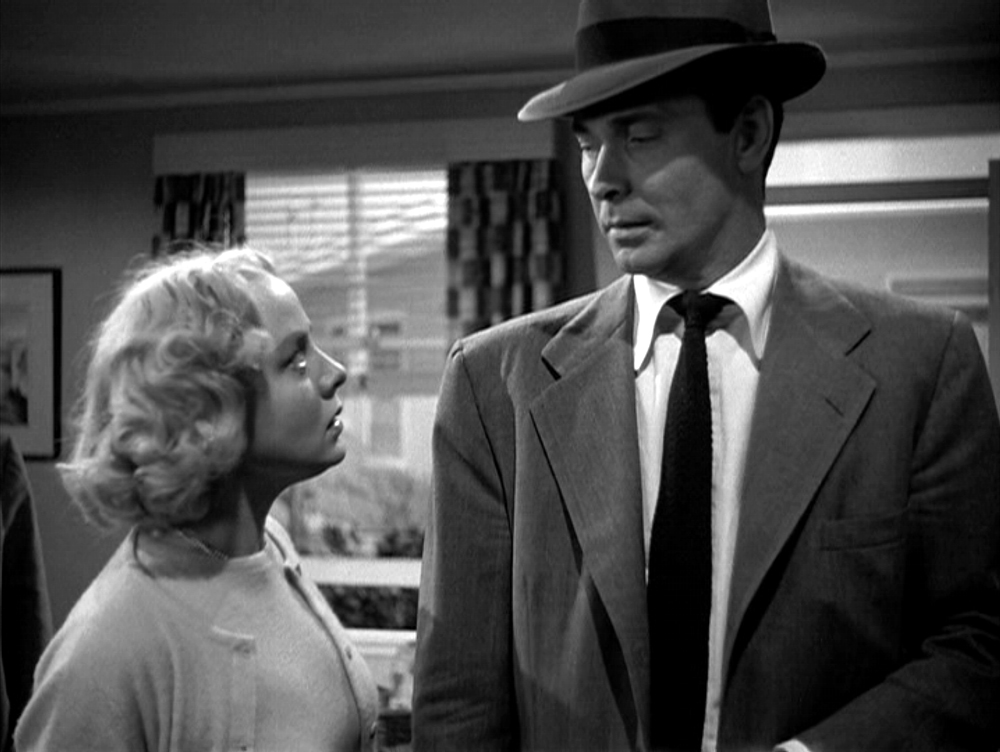 The above photo of Barry Sullivan doesn't do him justice, but I couldn't find a good one of him in "Cause for Alarm!"

This one of him (from "Tension", I think) with the cheekbones, the cool downward gaze, the fedora and the shadows, that's the essential Barry Sullivan!

@oznell   I love Tension.  It has been replayed often lately, never had heard of it before, but it is now one of my favorite film noir movies.

I also really like Cause for Alarm, but then Loretta Young is wonderful in her craft.

No matter how many times I have seen that movie - it still "gets to me".

I just love the ending because you did not see it coming.