This film always strikes me as such an American original-- beautifully written, earthy, impressionistic and darkly moody. Next to her in that same first, group photo is trench-coated John Ireland, a reporter who's ambivalently following Crawford's meteroric career.   He's another one of those actors I always wish had had a splashier career himself--  to me, he has sort of a "thinking woman's" matinee idol rakishness.  He was Oscar-nominated for "Best Supporting Actor" in this.

He's perhaps not show-stoppingly handsome (by ridiculously stringent Hollywood standards), but whenever I see him in "...Kings Men",  I can well understand why he has the reputation of having been plenty appealing to so many 'real life' film colony ladies: "All the King's Men" won the "Best Picture" Oscar for 1949.  Also has the honor of being selected by the Library of Congress for being "culturally, historically or aesthetically siginificant", and selected for preservation by the National Film Registry.

Bonuses:   Beautiful Joanne Dru, and one of my favorite character actors, Shepperd Strudwick, here at the piano-- Joanne Dru was also married to D i c k Haymes. What a voice.

Never seen this movie.  Will check it out.

I'm aware of those who have contributed to this moment, and thankful for them, but I would like to say to every waiting actor: Hold on! Look what can happen. Thank you very much. 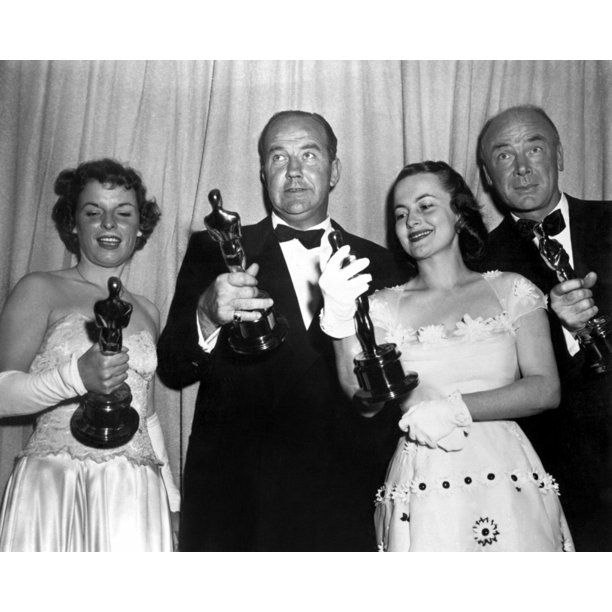 For those who haven't seen it, a very worthwhile movie with excellent performances.

It won best picture over The Heiress and Letter to Three Wives.

Joanne Dru was also married to D i c k Haymes. What a voice.

Everyone was married to D ic k Haymes.🤣

eta, Thanks, @Oznell, for the reminder.

That is cool trivia, @alicedee ,  and in the piano picture, you can see Joanne Dru's resemblance to her brother Peter Marshall--  they both have those great cheekbones!