Auto-suggest helps you quickly narrow down your search results by suggesting possible matches as you type.
Showing results for
Search instead for
Do you mean
Reply
Topic Options
WildFlowers
Respected Contributor

Season 3 premieres this Friday, July 9th on Netflix!...Woo Hoo!...I started watching reruns of Seasons 1 and 2 this past weekend.

I got the email and am soooo excited.  Love that series.

Stop being afraid of what could go wrong and start being positive what could go right.
Report Inappropriate Content
Message 3 of 9 (840 Views)
Reply
4 Hearts
WildFlowers
Respected Contributor

It has been announced that there has been a very early renewal for Season 4!!

"Will there be a season 4 of Virgin River on Netflix?

The answer to this almost certainly yes! As we reported, season 4 of the show is due to get underway in due course meaning that we could see the fourth season in 2022.

Filming for season 4 is set to get underway at the end of July (specifically on July 28th) and run through to November 30th, 2021. Sue Tenney will continue her role as showrunner."

Be Still My Heart! 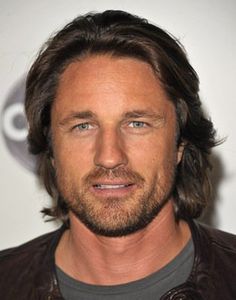 I love the show, the characters and the gorgeous scenery.

I hope they wrap up the Charmaine storyline soon. She's been pregnant since the end of season 1. They're really dragging this out too much. And I do wonder if Jack is really the father of the twins.

@lmt ...I don't care for the Charmaine storyline or her character either and I think that the writers could have done a much better job...I don't doubt that Jack is the father but who knows where Season 3 will take it.

The chemistry between Mel and Jack is so strong and palpable that it makes you feel and believe that they are for real and not just characters in a TV series...You can really feel and see the passion between them...wow!...lol...I read that they are good friends in real life and you can definitely sense the ease and closeness in their characters together.

I don't know how Doc puts up with Hope...I do like them together and their storyline, but her character is really way overboard...She's exhausting! lol

I like Preacher's character and am interested in where his storyline takes us...We were left seeing him meeting up with Paige's friend who it appears is handing Christopher over into his care...I don't want to see him making the move to San Francisco as him and Jack are such supportive and loyal buddies and Jack's Bar wouldn't be the same without him...I was hoping that Jack would have agreed to making him a partner at his Bar.

Well, I guess that just about sums it up for me...I just love good  shows like this...about life, relationships and family...so this has been a winner for me.

I love this show too and I cannot wait until Friday!!  It's a good story and lighthearted......I get tired and worn out from other shows like Yellowstone (which I also love) but just need a breather sometimes.   We just finished Peaky Blinders last night, that was very good too (still recovering), also on Netflix.

i started reading the books because i missed the show. They are good too.

Yeah watched 7 eposides so far, its great and do not want it to end

Stop being afraid of what could go wrong and start being positive what could go right.
Report Inappropriate Content
Message 9 of 9 (322 Views)
Reply
0 Hearts