Auto-suggest helps you quickly narrow down your search results by suggesting possible matches as you type.
Showing results for
Search instead for
Do you mean
Reply
Topic Options
Jordan2
Honored Contributor

@waterlily no need to apologize it's all good.

I lived in one of the boroughs at the time.

I had long brown hair and cut it really short because didn't drive and used public transportation to get to and from work.

I lived in NYC during this time.  I recall them referring to him as the 44 Caliber Killer, then the Son of Sam.  I never understood where they got this moniker from, but it was definitely a scary time to be a woman in New York.

He would sneak up on couples out on dates and kill them.  I thought he died in prison though.  I hope he never sees the light of day ~ ever again.

His name was really David Falco.  He was adopted too...

Berkowitz was a difficult and occasionally violent child. His erratic behaviour, which began after the death of his adoptive mother in 1967, intensified when his adoptive father remarried in 1971 and moved to Florida without him. In 1971 Berkowitz joined the army, and he became an excellent marksman before he left the service in 1974. According to Berkowitz’s diary, he set some 1,500 fires in New York City in the mid-1970s.

Claiming he was driven by demons, Berkowitz attempted to murder a woman in December 1975, but she survived several stab wounds. He then murdered a woman in July 1976, and over the next year he attacked several couples, claiming five more victims. During his killing spree, he sent letters to New York newspapers, signing them “Son of Sam,” a reference to a demon he believed lived inside the black Labrador retriever owned by his neighbour Sam Carr.

I just binged all four episodes since yesterday. This documentary is well done. I don't buy the idea that Berkowitz didn't act alone or that he was part of a cult. I do think his references to the Carrs in one of his letters means he knew them or knew about them. He sure is a manipulative SO*. I think that the guy conducting his interview asked completely leading questions.

The OP is correct.  The show uses the plural: 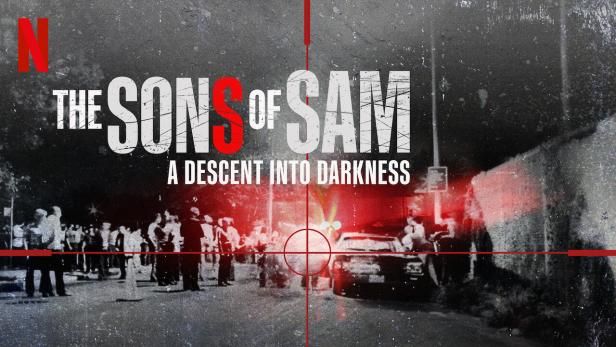 @Johnnyeager thank you for having my back! The whole point of the title Sons is Berkowitz didn't act alone.