TWO MANNIX EPISODES BRING BLAST FROM THE PAST

Temporarily thin pickings in movie offerings right now;  the next 2 episodes on "Mannix" on METV are especially good to record and feature top players from the past, that many will remember!

Friday, 2:00 a.m. Eastern--  "A Ransom for Yesterday".   Lovely, wealthy, resigned woman has her hopes revived when she receives word from the kidnapper who took her little boy 6 years earlier.  Beautiful, poignant Diana Hyland is the woman;  and of all people, a young Dabney Coleman is her impatient, estranged tycoon-husband.  And ol' Howard Hesseman shows up too...

Mannix (Mike Connors) is always at his best when called upon to be both "sensitive" and a total man of action!  Exciting episode.

Saturday, 2:00 a.m. Eastern--  "The Empty Tower".   Mannix's pal convinces him over drinks to take a lighthearted overnight fishing trip (I think) out of town; on the way there, they stop at the guy's office only to be involuntarily drawn into something way more dire.  This episode twists and turns, and requires Mannix's utmost cunning and resourcefulness.  The kicker-- his buddy is played by none other than Bill Bixby!  The two of them together are fun to watch-- between them, they covered a lot of yeoman TV actor territory!  And interestingly, Bill Bixby directed both this episode and the aforementioned "A Ransom for Yesterday".   Both a cut above the usual. 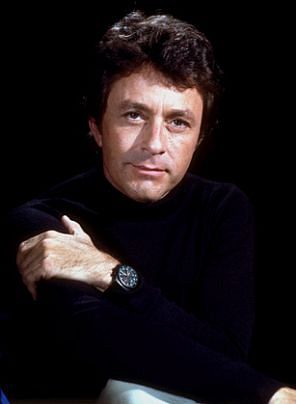 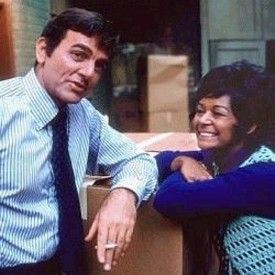 We already know how essential the great, charismatic Gail Fisher was, as indispensable assistant "Peggy" in the series.  A third element that came into play in the mid-to-later episodes was "Lieutenant Art Malcolm", played by stoic Ward Wood.  The quiet, warm friendship that he, Mannix and Peggy developed was also enhancing to the series. 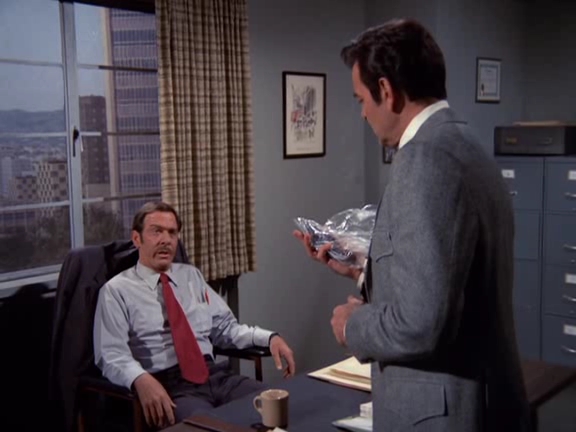 These episodes are nearing the end of the eighth, final season.  Presumably, METV will crank up "Mannix" all over again with Season One in about a week.  Given its ongoing popularity, they'd be silly not to.

I remember watching Mannix with my sister and father.  The only thing that sticks in my mind is that whenever they cut to commercial, there were a bunch of little squares with his face from different scenes.  Funny the things you remember.  And, of course, that I thought he was so handsome!

Oh, yeah, @VanSleepy, those split multi-screens were sort of a trademark.  I seem to think they were popular in films like "Bullitt" maybe?  Of course, TV was all too happy to borrow stylish camera licks from the big screen!

@oznell  - thanks for posting this for two reasons!  First, I will DVR theese two episodes - they sound good.  I remember watching Mannix every Saturday night with my mom when I was a kid.

Secondly, I meant to tell you (and forgot) I found Route 66 on yet another strange channel.  It airs everyday at 5PM on ZLiving channel.   Never heard of this channel before either - LOL!!  I just happened to find it while channel surfing.  When I saw your post about Mannix, I remembered about Route 66.

Thanks for the alert - will set my DVR now,

You're such a pal, @twinsister -- thanks for turning up the Z Living channel!   It'll be great if there's another retro channel carried by our system, we are underserved, in my opinion.

Oh, yeah, @VanSleepy, those split multi-screens were sort of a trademark.  I seem to think they were popular in films like "Bullitt" maybe?  Of course, TV was all too happy to borrow stylish camera licks from the big screen!

"Kojak" used them too.

Oh, interesting, @vsm..  I can see that sort of technique/effect being very much in sync with the whole Kojak "ethos" too!

I recently realized I have another retro channel: START TV.

If you have this one, it carries programs like In Plain Sight, Crossing Jordan, Cagney and Lacey, Unforgettable, Cold Case, The Closer and more.

I'm particularly fond of In Plain Sight and Crossing Jordan.

Hey, good, @Homegirl --  taking note, Start TV!   That one does have a familiar sound to it-- will check it out, thanks.

Thank you for posting.  They don't make shows like Mannix anymore.  They had good looking men on TV back then.  Gail Fisher was a cute as a button.  So glad they retro tv channels.