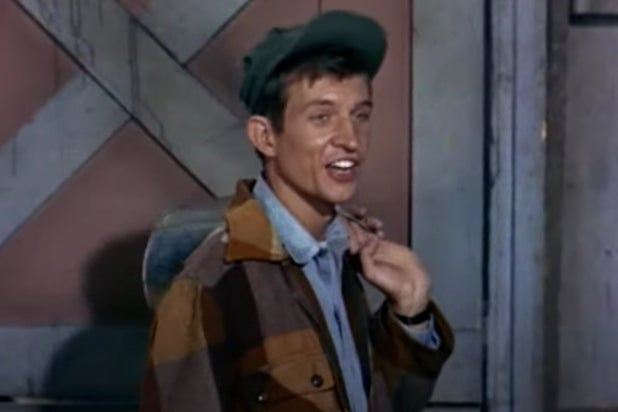 I was sorry to hear that Tom Lester, the kooky farmhand "Eb Dawson", employed by lawyer-turned-farmer Eddie Albert on "Green Acres", died two days ago.  Cause of death was complications from Parkinson's disease.

The show, which appears weekday mornings on FETV, is an off-beat look at the fantasies of an urbane, New York lawyer obsessed with being a farmer and moving to the sticks.  His fluffy socialite wife (Eva Gabor) at first hates the idea, but because she is seriously spacey herself, she soon finds herself fitting right in to their ludicrous new surroundings.

"Eb" is hilarious as a foil for the immensely skilled Eddie Albert.  It is Eb's role to exasperate his earnest, easily ruffled employer, and he does it with a funny combo of naivete, and cheeky aplomb.

"Green Acres" while in one sense a situation comedy, has a loony, surrealistic edge, with its absurd situations and characters, and Tom Lester was an integral part of that.  He and Eddie Albert had such a nice chemistry on the show, and according to various accounts, were good friends until Albert's own death.   RIP.

My DH sent this to me yesterday, he has been a Green Acres fan since it began. Still on nightly on ME TV.

Another great show, and talented actor.  Thanks for posting this.

I just saw him on an episode of "The Beverly Hillbillies" this morning. The Clampetts went to Hooterville for Christmas. I always liked his character. RIP.

I caught myself watching an old episode a while ago and I was laughing outloud it was so funny... Tom was a great actor. Everyone on the show was so funny.  Simple clean good humor. It still works.

Hubby loves this show ....along with Gilligan's Island

Exactly, @SeaMaiden .   And part of the charm of it, is, there they were, in those absurd situations, but carrying on like it was all normal.  To see Eva Gabor in her exquisite peignoirs, gamely coping with her tumbledown farmhouse-- furnished with their luxe New York furniture-- it was delicious...

I read somewhere that "Eb" was supposed to have a crush on "Elly May Clampett" of the "Beverly Hillbillies", when they cross-pollinated the two shows a few times....  Elly May wasn't impressed with him, but they would have been a cute couple!

I always thought he was cute and good at that role as Eb.  May he rest in peace.

ETA:  Eb and Ellie Mae?  That would have been a perfect match!  I could have seen them with their own spinoff.

That would have been a great idea, @wildcat fan !

I love that silly show. RIP,Eb. Everyone was so perfect in their role,including Arnold the pig.

Eddie Albert was a fantastic human being,a real war hero during WW2 and many other things done during his life.