Auto-suggest helps you quickly narrow down your search results by suggesting possible matches as you type.
Showing results for
Search instead for
Do you mean
Reply
Topic Options
Highlighted
Pearley
Honored Contributor

Shirley Knight was an excellent actress. I first became aware of her (and many other stars) from her appearance on The Fugitive which was noted by @oznell. She made the rounds of TV shows for years including Murder She Wrote and Columbo and Matlock.

As mentioned above, she played Hunt's mother in As Good As It Gets and utters probably the best line in the movie. When Hunt is complaining about how weird Jack Nicholson is and says something like "why can't I find a boyfriend who is perfect? ( or maybe she says normal) and Knight replies, "There's no such thing dear."

Didn't she marry Cornell Wilde? (too lazy to look it up)

If she is the same as whom I am thinking she also played Brooke Shields mother in Endless Love.

Years ago watching late night movies while babysitting, I saw her in a movie called Five Gates To Hell with Neville Brand.  I googled it...it was James Clavell's first screenwriting job.  Shirley Knight played a nun.  She was beautiful, and a great actress.  May she Rest In Peace.

She also played the character of Hope's mother in Thirtysomething.

I had recorded The Group and watched it last night.  Knight was the best thing in what IMO was a mediocre movie.  I haven't seen the movies for which she was nominated for an Oscar.  Trust TCM will have some tribute to her.

Didn't she marry Cornell Wilde? (too lazy to look it up)

A shame -- I really liked her. 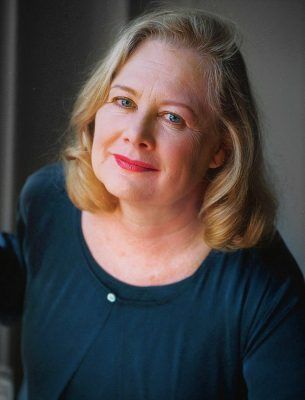 @just bee   Thanks, you were right. It was Jean Wallace. I think maybe I got them mixed up all the time when I was young. Apparently I still do, lol

@RoughDraftThank you - that is where I know her from.  It would have driven me crazy all day had you not posted this.

@RoughDraftThank you - that is where I know her from.  It would have driven me crazy all day had you not posted this.

Bit of trivia, that role in As Good as it Gets was first offered to Betty White, as soon as she read that the little dog gets put down in the dumbwaiter, White declined the part.