She made a big splash in her youth in the film of Mary McCarthy's novel, "The Group".   Other credits included "Sweet Bird of Youth",  "The Dark at the Top of the Stairs",  "Petulia",  and many more.  Received multiple award nominations for her acting.

Even on TV she stood out.  I remember her on an episode of "The Fugitive".   She played a well-brought up Southern young woman who had a nervous breakdown after a traumatic incident.  She brought a translucent, fragile yet indomitable quality to her role, and prevailed against a tormenting step-mother played by none other than late-career Gloria Grahame!

She was talented, elusive-- to me, always seems slightly off-beat, a little reminiscent of Sandy Dennis, or Joanne Woodward.  An actress of substance,  who may not have always gotten roles commensurate with her ability.

I wanted to see who she was-she sure is beautiful in that picture.

When I saw how she looked more recent I thought I recognized her!

She played Marcia Cross' mother-in-law in Desperate Housewives!And many more things of course.

Such a fun actress.

I'm sorry to hear this and for her family.

"If you walk the footsteps of a stranger, you'll learn things you never knew. Can you sing with all the voices of the mountains? can you paint with all the colors of the wind?"
Report Inappropriate Content
Message 2 of 21 (773 Views)
Reply
4 Hearts
Highlighted
spider woman
Respected Contributor

I am sorry to hear this.  I have the movie The Group on my DVR, it is one of my favorites from that time and has a terrific cast including Shirley Knight.   I also loved Joan Hackett in that movie, she passed at a young age.  She was an actress who could have done much more had she lived. I agree with your description about Shirley Knight, she was off beat and I liked that about her.

I appreciated Shirley Knight as a unique lovely actress.  May she be at peace with God.

I had to look up her film credits as I remembered the face but wasn't sure where I had seen her..........Law and Order SVU. Great actress.

~The only difference between this place and the Titanic is that the Titanic had a band.~
Report Inappropriate Content
Message 5 of 21 (603 Views)
Reply
6 Hearts
Highlighted
Tangocash
Super Contributor

I was going to post that. I also watched her just 2 nights ago in The Group on TMC.

So sorry to hear this too.  I always liked her

I remember seeing her in several "Murder She Wrote" episodes.   An excellent actor.    A true loss for the profession.   RIP. 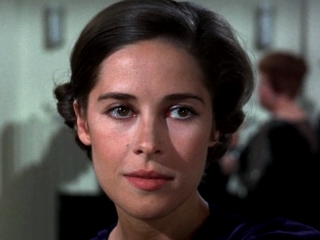 Oh I loved Joan Hackett too - what a loss.