Anyone plan on watching? They tweaked the show a bit from the original series:

After reluctantly returning to her tourist-trap hometown of Roswell, New Mexico, the daughter of undocumented immigrants discovers a shocking truth about her teenage crush who is now a police officer: he’s an alien who has kept his unearthly abilities hidden his entire life. She protects his secret as the two reconnect and begin to investigate his origins, but when a violent attack and long-standing government cover-up point to a greater alien presence on Earth, the politics of fear and hatred threaten to expose him and destroy their deepening romance.

OK, I'll admit I watched the original series and LOVED it. It starred some young actors before they were well known - Katherine Heigl, Colin Hanks, Adam Rodriguez, Emilie de Ravin and Shiri Appleby. Yes, the show was cheesy but it was very enjoyable.

Glad you mentioned this. I'm planning to watch this tonight. Didn't see the original. Looks interesting. I'll give it at least one episode and possibly a second one.

I watched the original "Roswell" series and throughly loved it. I have my dvr set up to record this reboot.

I plan on watching! I loved the original Roswell and was wondering if they would ever do a sequel. Glad to see they did!

Thanks for posting this, @lmt.  I loved the original and still sometimes watch some of the DVDs I have of one of the seasons.

Nathan Parsons is playing the role of Max Evans. I remember him from General Hospital, Bunheads and The Originals. 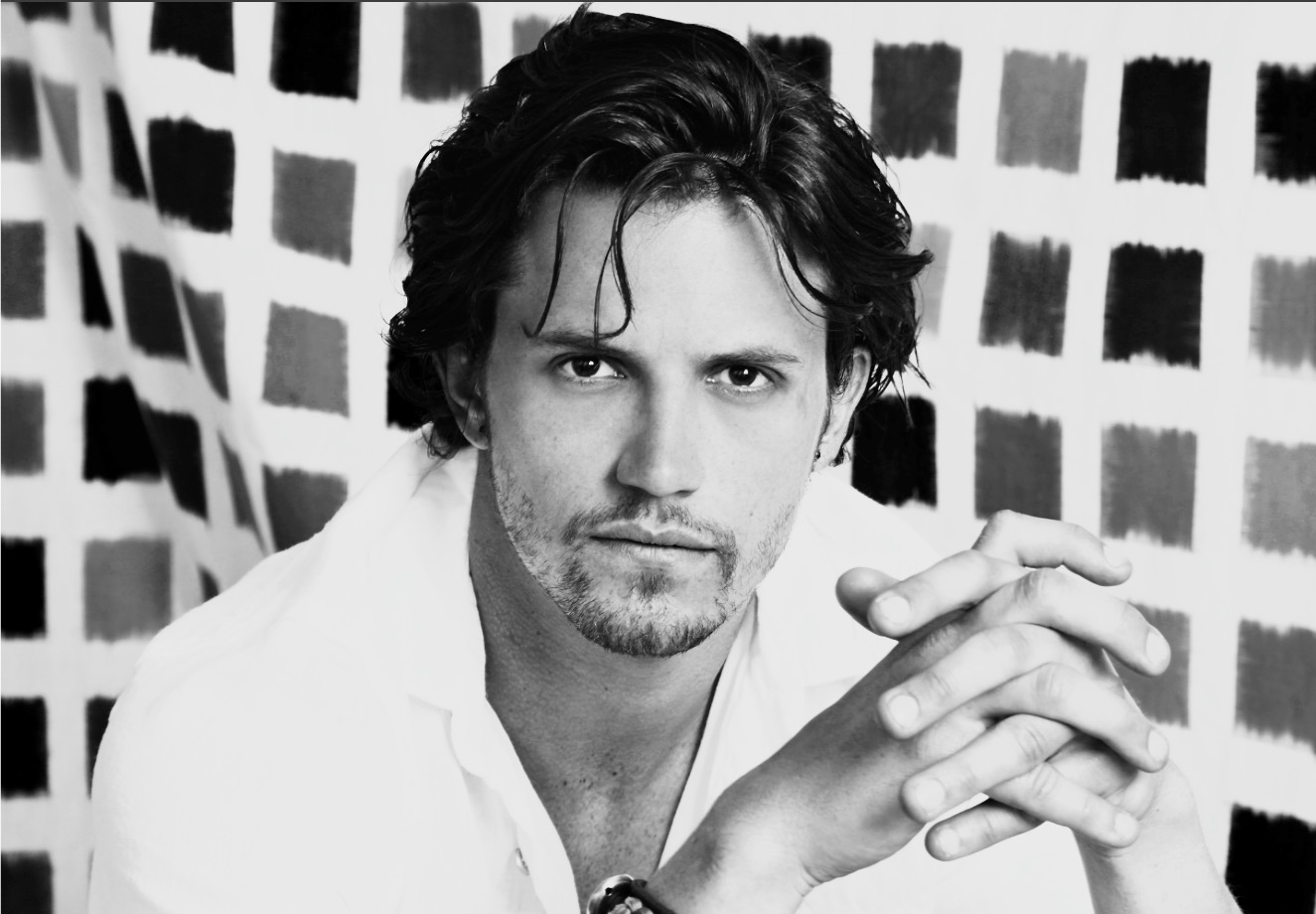 I know Michael Trevino from playing Tyler Lockwood on The Vampire Diaries and The Originals. He'll be playing Kyle Valenti.

Those of you who watched Dawson’s Creek, Buffy and Felicity in the late ’90s, will remember the 1999 teen alien drama Roswell with Shiri Appleby and Katherine Heigl. It’s been 19 years since it first aired and like so many other TV shows of the same era (Gilmore Girls, Charmed, Party of Five), it’s being rebooted.

Here’s everything we know about the Roswell reboot …

It’s being written by Carina Adly MacKenzie. Her recent writing credits include The Originals, The Flash and teen novel Eternal Night (which the WB bought the TV rights to). Carina’s favorite band Counting Crows has given their permission for use of one of their song’s in the pilot.

It’s being directed by Julie Plec. She wrote and produced The Vampire Diaries and The Originals and recently directed an episode of Riverdale. MacKenzie and Plec will executive produce alongside Kevin Kelly Brown (an E.P. on the original series), Lawrence Bender, Justin Falvey and Darryl Frank.

It will be based on the book series “Roswell High” by Melinda Metz. That means that anything that was created for the original TV show Roswell will not exist in this world (e.g. no Tess!). That also means there will probably be an integration of elements of the book series that weren’t included in the 1999 series (a lot of the aliens’ abilities were stripped out).

It’s not a teen show. It’s pitched at those who watched Roswell as teens. The main characters are in their twenties and the overall feel is “edgier”. It has an immigration twist and according to MacKenzie, is an allegory for Islamophobia (MacKenzie is Muslim).

Jeanine Mason is Liz Ortecho. You might recognise Mason from Grey’s Anatomy or Bunheads. This time around Liz Parker reclaims her original Mexican heritage and surname. In the pilot, she returns to her hometown to work at the Crashdown Cafe again after funding fell through for the experimental regenerative medicine she was working on. She’s not popular in town due to her family being immigrants and her sister’s involvement in some local deaths. She will be involved in an “accident” and there WILL be an alien hand print!

Nathan Parsons is Max Evans. Parsons was also on Bunheads as hunky Australian bartender Godot but you’ll probably recognise him as Jackson from The Originals. Max is a dedicated Roswell policeman (a cowboy cop, if you will), a natural born leader and secretly an alien. Like in Roswell, he saves Liz’s life with his special abilities and brings her into the alien circle. Back in high school, they were lab partners but haven’t had anything to do with each other up til now. I am very happy to announce that Max will be driving a Jeep Wrangler (again)! Roswellians (fans of Roswell) might remember that Max’s Jeep in the original series was fondly referred to as Bob.

Lily Cowles is Isobel Evans. Although Cowles is fairly new to acting on-screen, her mother Christine Baranski is not! Isobel is married but her husband doesn’t know that she’s an alien. They’re trying to have a baby but she’s worried about her secret being exposed if the baby is different.

Karan Oberoi is Isobel’s husband Noah Bracken. Oberoi is Indian-American and appeared in NCIS and short-lived ABC crime series Notorious. Although Noah is a devoted husband, their marriage starts to crumble when he senses Isobel is hiding something.

Michael Vlamis is Michael Guerin. Vlamis made his TV debut on an episode of New Girl and after seeing his Instagram stories, is clearly the joker of the cast! As in the original series, Michael is a troubled and brilliant loner with a dark childhood who is desperate to discover the truth about his origins and return to his home planet. Unfortunately, you probably won’t see him putting Tabasco sauce on chocolate cake this time around, but there might be “an alternative”!

Heather Hemmens is Maria DeLuca. You’ll know Hemmens as Alice from Hellcats or Marcie from the Tyler Perry soap If Loving You is Wrong. Maria is Liz’s eccentric former best friend who is now a clairvoyant and social media guru. There was a rumour online that Michael and Maria aren’t a couple in the reboot and I am ecstatic to disprove it! They have a past and Maria enlists Alex to help her investigate Michael because she’s worried about him. Also, there’s still some bad blood between Isobel and Maria after a run-in at their high school homecoming.

Michael Trevino is Kyle Valenti. Trevino is another who comes from The CW vampire family – he was teen werewolf Tyler Lockwood in The Vampire Diaries. Kyle is now a surgical resident who’s traveled from Iowa to finish his residency. Like Liz, Kyle will also be Mexican in this version. Unfortunately Kyle’s father has passed away but in the reboot his mother is actually the sheriff so Sheriff Valenti lives on!

Tyler Blackburn is Sgt. Alex Manes. You’ll know Blackburn as Caleb from Pretty Little Liars. Alex is an army sergeant returning home from the Middle East with psychological and physical trauma. In the reboot, Alex is gay and struggles with his stubborn father’s expectations when it comes to life and love.

Trevor St. John is Alex’s father Master Sgt. Jesse Manes. If you’re a fan of soaps, you might recognise St. John from One Life to Live. Sgt. Manes is involved in the alien cover up and has plans to eliminate them completely.

I was just looking at the pictures to see if I recognized anyone. Jeanine Mason was on SYTYCD.  How about that! I didn’t know she was an actress.

I don’t watch this show, btw.

Never saw the original but will give the new version a whirl.

So we're starting off with a mystery already ..... what really happened to Liz's sister and the other two girls? Obviously Max and Isobel are hiding something.

Guess there won't be any romance between Michael and Maria this time around. I loved their storyline in the original - the love/hate relationship.

My only complaint is that I don't think the main characters, Liz and Max, have any chemistry together - not like the original characters did.

Ugh I HATED it! It's too bad they chose to go the political route right out of the gate! Not liking how they changed a lot of the characters. Why keep their original names if they aren't anything like they were? I already deleted it from my dvr. Reading the reveiws of the pilot, a lot feel the same way I do. I was so excited that they brought back this once great series but they totally ruined it.