Auto-suggest helps you quickly narrow down your search results by suggesting possible matches as you type.
Showing results for
Search instead for
Do you mean
Reply
Topic Options
lovesrecess
Honored Contributor

Such irony to live into your 90’s and then to lose your life being hit by a car. He had a remarkable career and I remember from many years ago...always upbeat on What’s My Line? and other shows.

Article said he was jay walking....it was just a terrible accident....drivers were not impaired.....so sad

Not impaired and not attentive...two different things.

The first driver wasn’t watching the road, the second was following too closely to see the body on the road ahead of him.

It was reported that he was jaywalking.

If you’re not between the lines you’re fair game?

Of course not, but if he was randomly walking out into the street at night vs. being in a marked crosswalk or something, and the drivers are not being blamed, that is an accident.

@MamaWick   I reread my post and recognized my mistake,,,,,corrected,.  Thanks for your catching my typos.

RIP, and, from my heart, condolences to his family and dear friends.

I'm so sorry to hear that, @catter70.  What a tragic incident.  He was always an interesting actor who has been in so many things over his lengthy career.  Also a kooky and entertaining interview, great raconteur.

He stood out even in small roles, like the young Army psychiatrist Jimmy Stewart got to testify on behalf of his client, Ben Gazarra, in "Anatomy of a Murder".  RIP.

@Oznell  I was just enjoying watching him this morning on an old episode of Will and Grace when he and Piper Laurie appeared to be the ghost of Christmas future for Will and Grace.  Made me laugh out loud at their performances so it was even more upsetting to hear about this today.  I also enjoy watching him on Match Game reruns as you can see/hear his natural wit on full display.  RIP Mr. Bean and thanks for the chuckles . . .

Article said he was jay walking....it was just a terrible accident....drivers were not impaired.....so sad

Not impaired and not attentive...two different things.

The first driver wasn’t watching the road, the second was following too closely to see the body on the road ahead of him.

That's not what the Police are saying.

Venice Boulevard and Shell Avenue when he was clipped by

one vehicle and fell.

Other bystanders tried to warn a second driver, but he also struck

the pedestrian. Police say the second collision was fatal.

Both drivers stayed at the scene.

Capt. Brian Wendling. "A second vehicle was coming up,

was distracted by people trying to slow him down and then

looked up and then a second traffic collision occurred and

that one was fatal."

Investigators say the initial indication is this was just a tragic accident.
It appears Bean had come from between two vehicles when

he was crossing the street and was not seen by the drivers.

It appears to be a large 3-lanes-each-way road.

Not the quiet little side road I believe many are envisioning.
I would guess the speed limit is 35-40mph on a road like that.
Or it could be the smaller Shell Street....either way, it looks like 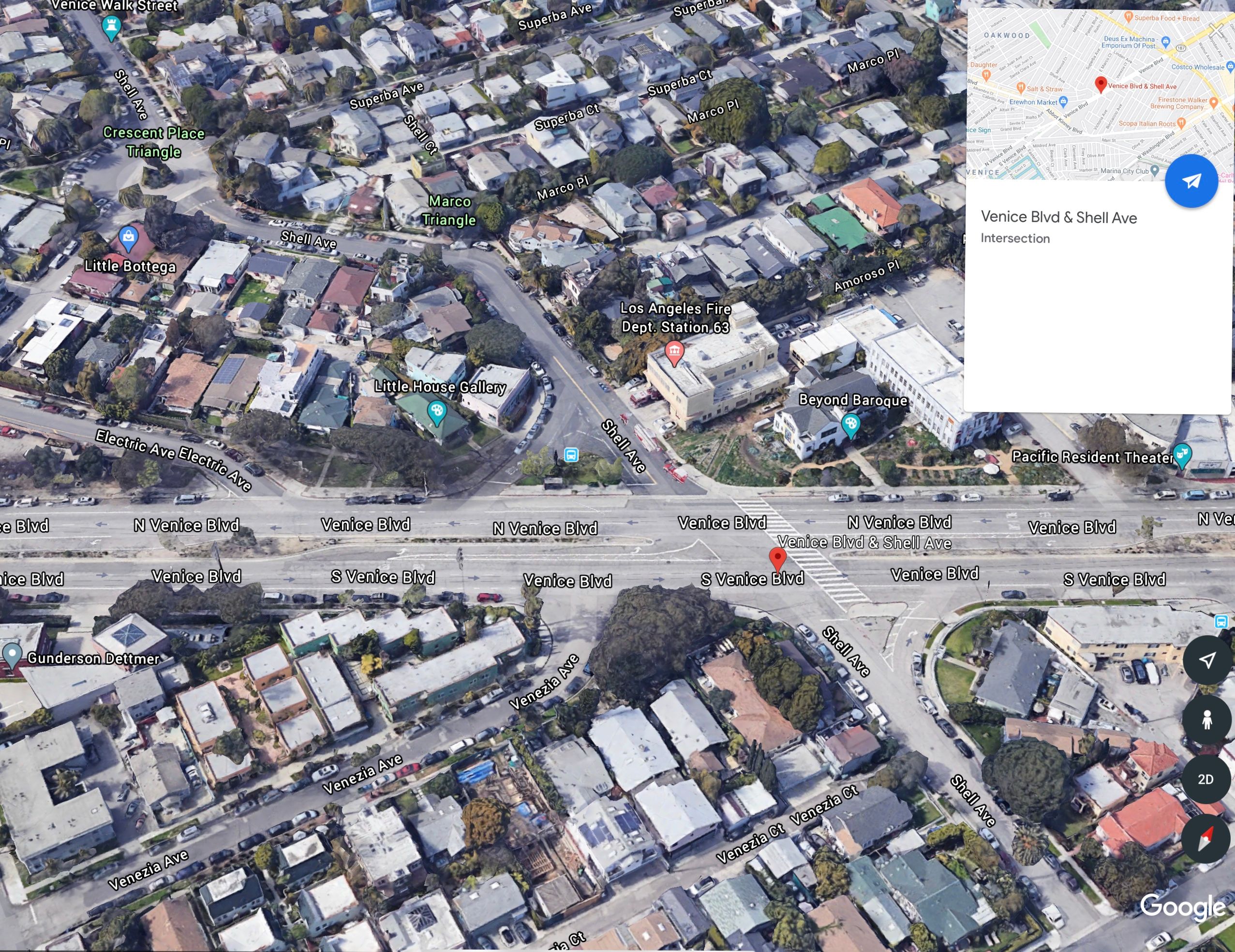 Very sad.  I remember him from game shows many years ago and also on Desperate Housewives.

he was trying to cross the street to get to the theater where his wife was to perform in a play.

i remember him in a lot of things, but i especially remember him from game shows and from dr quinn medicine woman.

Who was he on Desperate Housewives? I watched that but don't remember him on it.
Report Inappropriate Content
Message 30 of 46 (348 Views)
Reply
0 Hearts