Netflix - The Crown - Actress Who Will Play Diana

From the Hollywood Reporter:

Newcomer Emma Corrin has been tapped to take on the role of Lady Diana, the future princess of Wales. In a change, the character will now be introduced in season four of the Netflix awards darling and not its upcoming third cycle.

"Emma is a brilliant talent who immediately captivated us when she came in for the part of Diana Spencer. As well as having the innocence and beauty of a young Diana, she also has, in abundance, the range and complexity to portray an extraordinary woman who went from anonymous teenager to becoming the most iconic woman of her generation," The Crown creator Peter Morgan said.

Corrin will soon make her feature film debut in Misbehaviour, a historical drama that follows the story of a group of women from the Women's Liberation Movement seeking to disrupt the 1970 Miss World beauty competition, which took place in London. On the side, she will make her U.S. series regular debut in Epix's Batman drama Pennyworth, the Warner Bros. TV-produced prequel about the life of butler Alfred Pennyworth.

"Beyond excited and honored to be joining The Crown for its fourth season," Corrin said. "I have been glued to the show since the first episode and to think I’m now joining this incredibly talented acting family is just surreal. Princess Diana was an icon, and her effect on the world remains profound and inspiring. To be given the chance to explore her through Peter Morgan’s writing is the most exceptional opportunity, and I will strive to do her justice!"

Corrin becomes the latest actress to join The Crown, which jumps forward in time with new stars playing the royals every two seasons. Season three — set to debut in late 2019 — will see Olivia Colman take over Claire Foy's role as Queen Elizabeth. Tobias Menzies will step into the role of Prince Philip, previously played by Matt Smith. And Helena Bonham Carter replaces Vanessa Kirby as Princess Margaret. and Emerald Fennell have also joined the series and will portray Margaret Thatcher and Camilla Parker Bowles, respectively, in seasons three and four.

The third season will focus on the Wilson era, aka the 1964-1970 and 1974-1976 terms of Prime Minister Howard Wilson, and the fourth will focus on Thatcher and Diana. The drama, whose sophomore run wrapped in December 2017, has already been renewed for seasons three and four. Netflix content chief Ted Sarandos said the plan is for the series to run for six seasons total and cover the Queen's entire life. It's unclear when season four of The Crown will air. 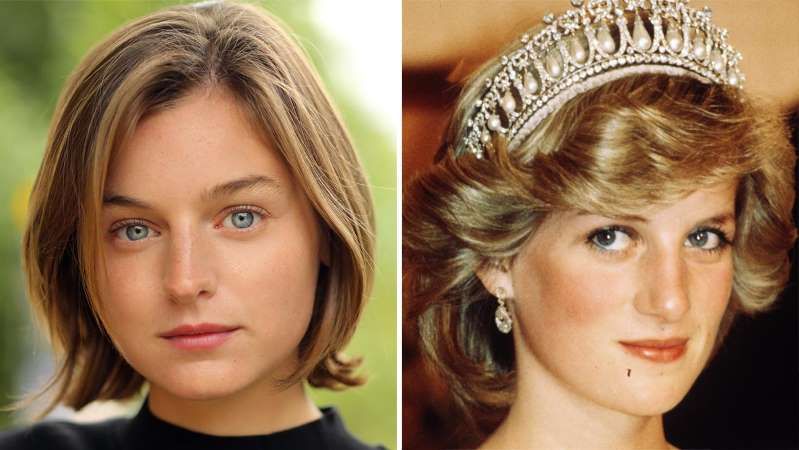 As far as facial likeness, they have a winner.IMO

@World Traveler - Thanks for the info. Can't wait for Season 3 to start and have something to look forward to in Season 4. Emma is a good likeness for Diana

@World Traveler - Thanks for the info. Can't wait for Season 3 to start and have something to look forward to in Season 4. Emma is a good likeness for Diana

@riley1  I disagree. Her face is round and therefore not as much chin.

If she's a good actress, any difference in facial features will vanish.

When does the third season start does anyone know?

Re: Netflix - The Crown - Actress Who Will Play Diana

Looks wise, she is a perfect fit!

When does the third season start does anyone know?

Not a specific date.  Just sometimes in 2019. Filming for season 3 started in late July 2018 and did't finish till February 2019.  All information is kind of vague.