Inside Jaws: Fascinating photos from the 1974 set of Spielberg's iconic movie are made public for the first time after Martha's Vineyard man kept them stashed away in his BASEMENT for 45 years.

Amateur photographer Billy Reagan and his family did not know it was to become the seventh highest grossing film of all time in the North America when the snaps were taken decades ago during his high school years.

Steven Spielberg is seen sitting in a chair (second left) as he chats with locals on the beach at Martha's Vineyard. 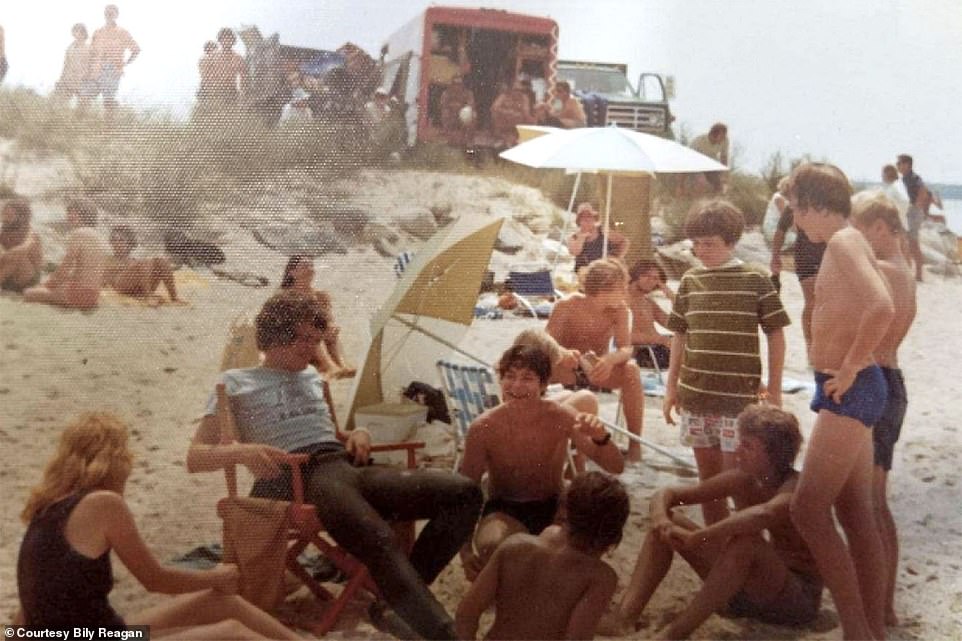 Technician is seen working on a mechanical shark 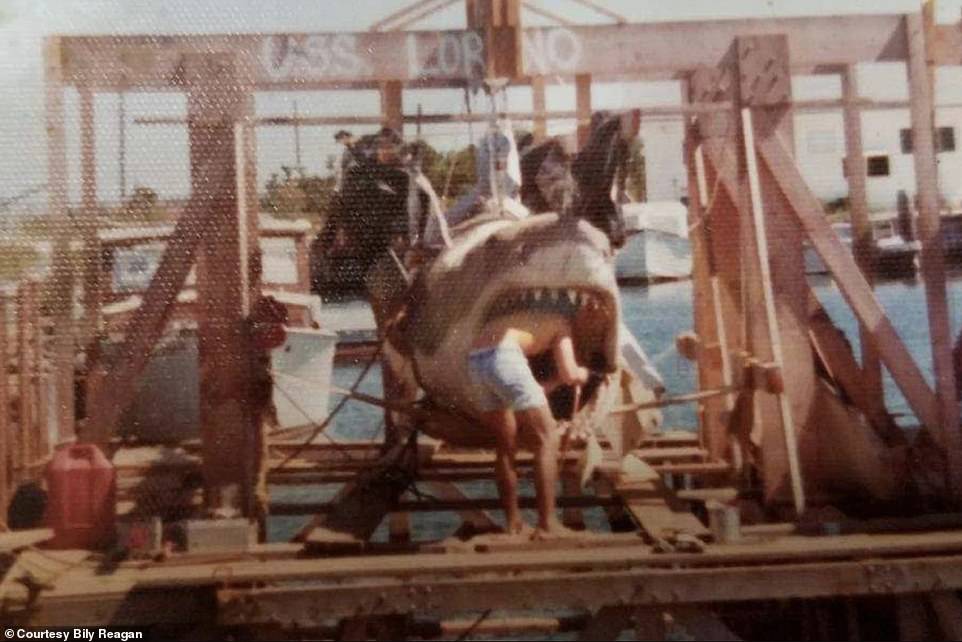 Filming the scenes when the victim flips over in his boat and is eaten by the beast. 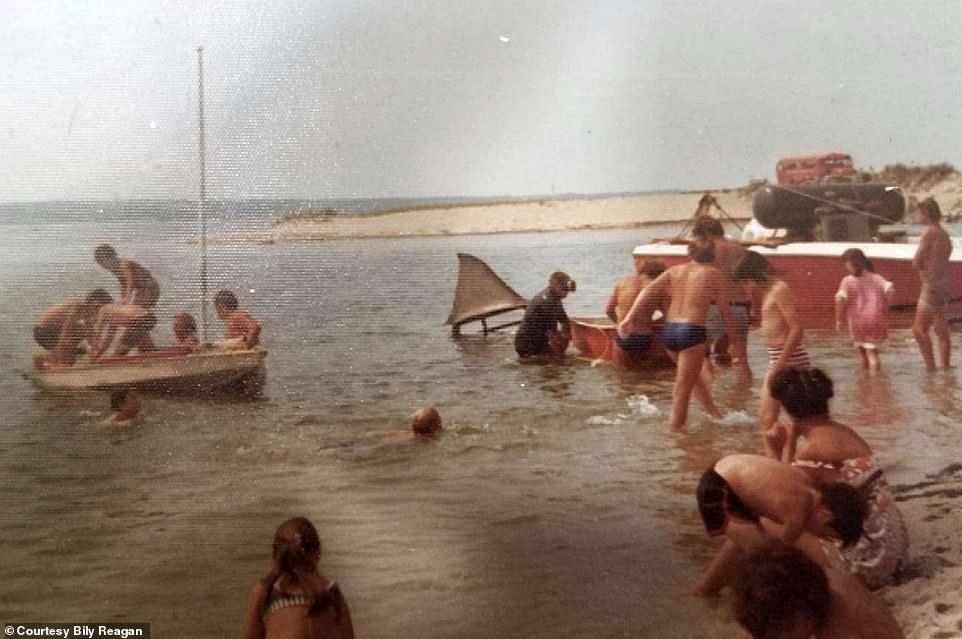 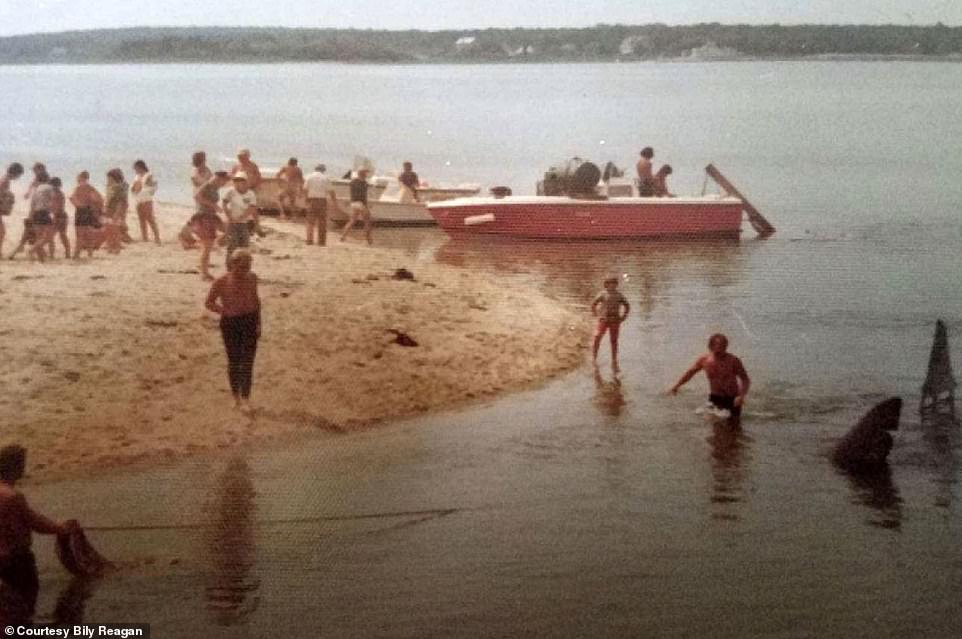 This is one of my favorite movies. I love watching it, especially in the summer.

Many years ago, DH and I were vacationing in Hyannis. One day we took the ferry over to Martha's Vineyard and rode a tour bus around the island.

Our driver was pointing out several places that were used during the filming of the movie. One that really stood out for me was the bridge (shown below). When we drove over it, I instantly went back to that scene in the movie. Talk about deja vu, LOL!!

This movie was just on a few days ago, along with The Poseidon Adventure. Such classics!

This subject is indeed timeless.  The Great Whites are back at Cape Cod.  DH and I love the Cape and went there last year.  Shark warnings everywhere.  Of course, there are so many seals at the Cape, which attracts the sharks quite a bit.  There are changes in the ocean which is changing areas where sharks migrate to.  Ask me if we went swimming in the surf?

Even sitting on the beach, it is unnerving to see a helicopter cruising over the water on shark patrol.  Fortunately, there is so much else to see and do there, that we had our usual great time.