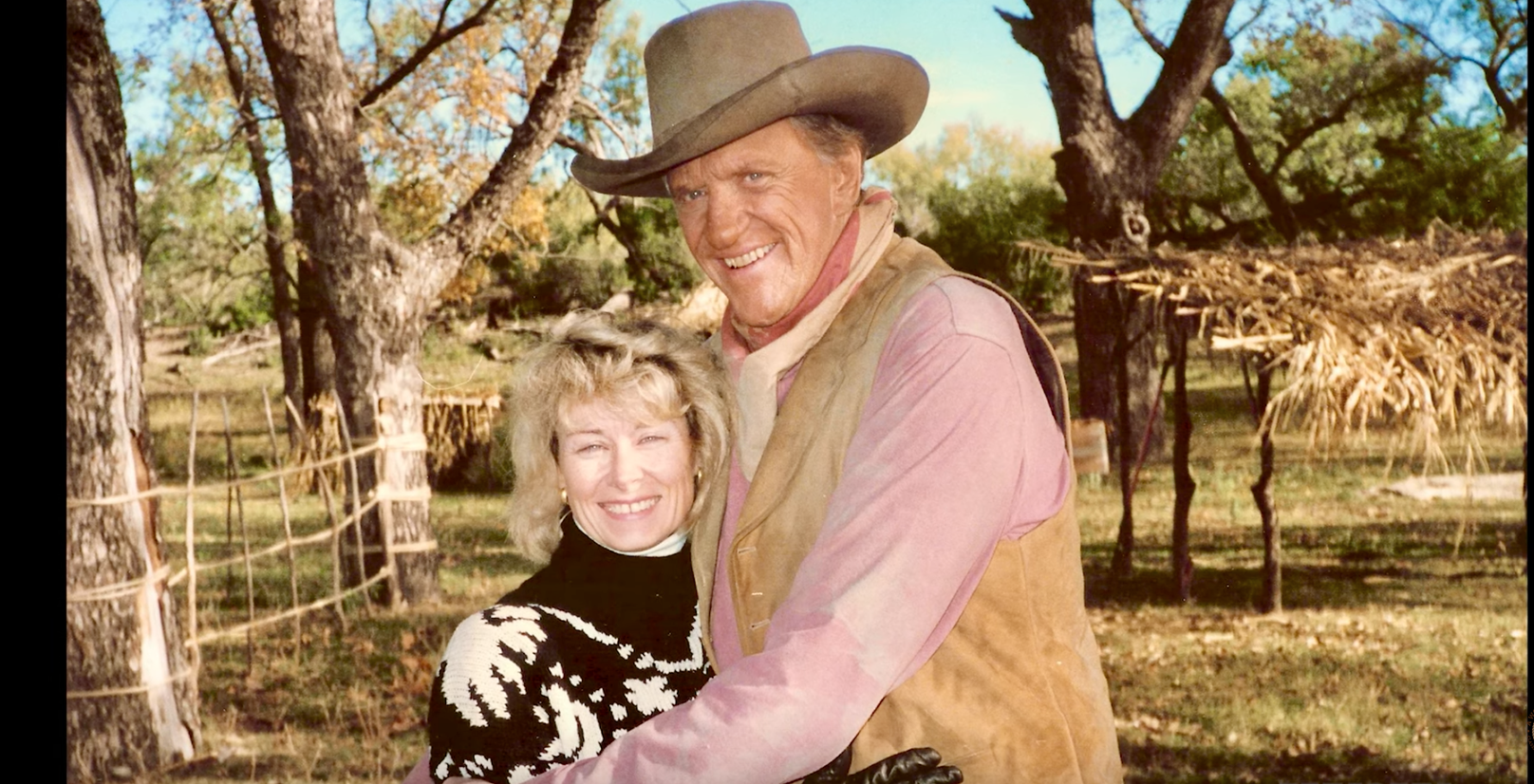 Classic TV fans alert:   Janet Arness, widow of James Arness, was interviewed by Rob Word, along with Arness' colleague and friend, actor Bruce Boxleitner.  It's an essential for lovers of Gunsmoke, vintage TV and film, and James Arness. 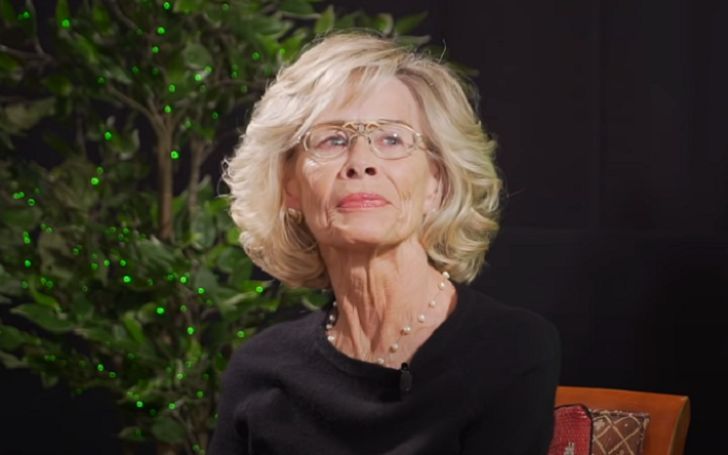 Just google:   How I Met and Married Gunsmoke's James Arness .

It's long, about 28 minutes, but well worth the watch.  There's a shorter version too, but it leaves out too much.

She discusses his relationship with his brother,  Peter Graves,  his meeting and courtship of her (in the last year of Gunsmoke), friendship with John Wayne,  aspects of his personality like his conscientiousness and fanatical sense of privacy, and more.  She's joined by his pal, impish Bruce Boxleitner,  who adds more colorful anecdotes.  Both allude to the fact that in real life, Arness was much more of a prankster with a goofy humor, than one would expect from serious "Marshall Matt Dillon".

He loved to laugh, and did it with gusto: 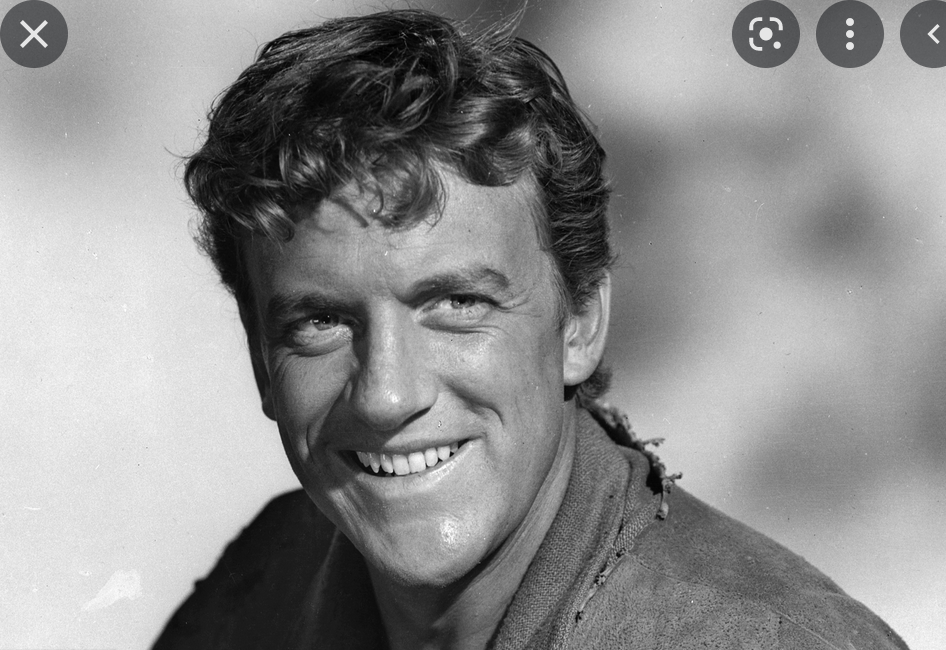 Janet Arness met him through her employer.   She worked for a women's clothing store, and the proprietor was married to Arness's makeup man.

You'll be struck by how unassuming and adorable Janet Arness is.   Completely down to earth, and not a plastic Hollywood wife, at all.  Bruce Boxleitner is unexpectedly fun too.

Have always respected James Arness, World War II winner of the Bronze Star, the Purple Heart, and many other medals.  His leg was splintered at the horrific battle at Anzio, and he suffered pain the rest of his life due to war injuries....

...and James Arness had the blessing of something that cannot be manufactured, feigned or created by man: a winning smile.

when show first started in late 50's early 60's he was real nice looking, but, as his career lasted so long  and for some of those last movies he let his hair get to long, his skin was wrinkled and leather looking from the sun.

He got real grizzled looking.  I bought the complete first 4 seasons from Walmart the very first beginnings.

Thanks for that information, Oznell.  He lived to be 88 think it was  he was married 2-3 times, but, his brother just once. Ha

A true actor that none can imitate.  Love him and Peter Graves.  We are better for having them entertain us.

Thank you Oznell as always with great information.  I have been on a Gunsmoke kick for months now.  I really enjoy it.  I thought I had watched all of them but I am surprised that once in a while there is one I have never seen.  The actors and actresses you see on this show is amazing.  I had heard that he was pretty funny and that he really liked Burt Reynolds and I believe he was a prankster too.  I also read that his war injury got worse as the years went on, in the newer shows Matt was usually out of town and Festus would take over and Matt would show up at the end.( Festus is one of my favorite characters on the show.)  This was due to his pain he could not put the hours in but he was very loyal to this show and worked when he could. It always seemed like a solid cast.  The interview sounds great.  I will watch

Thanks, as always. Will watch--Arness was quite the war hero, and a wonderful Marshal Dillon.

Seeing James Arness' name reminds me of being a teenager spending Saturday night with my grandmother.  She loved her westerns.  At 8:30 we watched Have Gun, Will Travel and then at 9:00, we would watch Gunsmoke, her favorite.  She acted like she knew Matt (Dillion) and Chester personally talking to them while they were on screen, lol.  She also loved Wyatt Earp with Hugh O'Brien.

Love the love for classic Westerns and James Arness here!

A true hero and one on TV as well.  I have also read that James was a very humble and caring person. 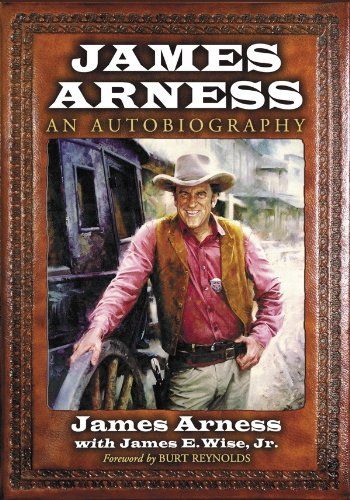