Auto-suggest helps you quickly narrow down your search results by suggesting possible matches as you type.
Showing results for
Search instead for
Do you mean
Reply
Topic Options
haddon9
Honored Contributor

I watched and it was fun but I agree it's hard to know what was true and what was made up.

I was impressed with the actress who played Meghan....she really looked a lot like her.  The other actors only sort of resembled their characters and the Queen was much too heavy.

One scene that I thought was interesting was Meghan's first Christmas with the royals.  I can only imagine how intimidating it must have been for her in that gathering.

@SeaMaiden   I think this one was a follow-up; the first one was about events earlier in time than this one.

@SeaMaiden   I think this one was a follow-up; the first one was about events earlier in time than this one.

@Pearlee   Oh I see. Thanks for explaining🙂

@Pearlee  Corgis are so cute.

@CANDLEQUEEN - I thought some of them were not very good look alikes!

I watched it and thoroughly enjoyed it. I didn't think I would like it, but did.

The gal who played Meghan was really a great look-alike. I didn't think the person who played Harry looked much like him.

The person playing William looked very much like him. I read how that particular actor watched something like 75 hours of William in video's, interviews, etc., in order to pick up the mannerisms and the way he holds his head, etc. I thought he did a great job. I also read that they plucked out his hair on the top to be like William's bald head, and something about them also lightening his natural scalp color.

The person who played the Queen seemed to me to be a caricature; not very good and I thought it was insulting to Queen Elizabeth. Hope she didn't watch the program!

Just thought it was interesting and fun to watch. What I also read was that they (obviously) took a lot of liberties on what transpired in real life (behind the scenes), but did try as much as possible to put in facts/things that were said on TV, quoted material, etc.

I never heard of Leonard, the Palace official guiding Meghan, but if he is truly someone who was in Meghan's life, she seemed to turn him around to liking her and what she could offer The Firm.

Who is Annabella, the relative who obviously didn't like Meghan? Is that really someone in the Royal family?

@World Traveler   I didn't think Leonard was real, since so many of Meghan's staff have left (quit) and we haven't heard about him.

Also, I was wondering if that person who didn't like Meghan wasn't real but based on Michael of Kent, the one who wore that Blackamoor brooch when she first met Meghan.

@Pearlee Oh, yes...Princess (or Duchess?) Michael of Kent. I remember that about the brooch now. Evidently she was obvious about her feelings and wore it on purpose when meeting Meghan, if I recall correctly. Believe you are correct on that.

On another note, here is the actor who played William, next to a photo of William. 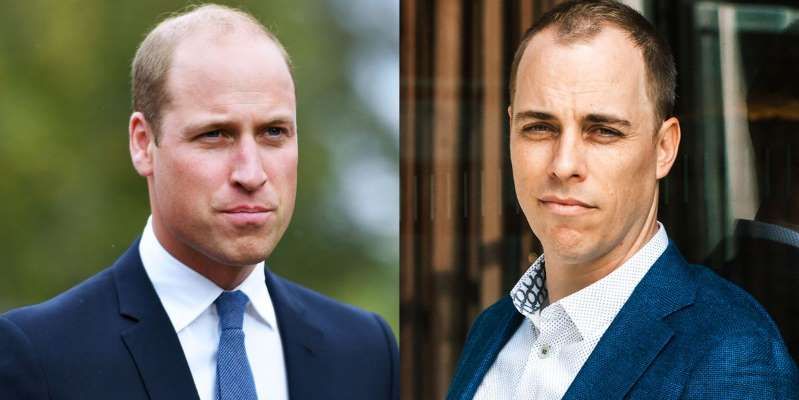