Auto-suggest helps you quickly narrow down your search results by suggesting possible matches as you type.
Showing results for
Search instead for
Do you mean
Reply
Topic Options
Pearlee
Honored Contributor

@Oznell  I could just never get into Marnie nor Rope.  I've never felt they were nearly as good as many of Hitch's other films.

I like seeing Hitch crossing the street in one of the films (walking little dogs maybe?).   Is it N by NW?  Can't remember now which film that is but he's on screen a few seconds more than usual.

@Pearlee could the movie be The Birds where Hitch is walking out of the pet store with his dogs as Tippi Hedren walks into the store?

One of my absolute favorites is Shadow of a Doubt with runner ups The Birds and Rear Window. From what Ben Mankiewicz stated prior to the movie presentation on TCN, this was one of his Hitchcock's favorite movies he had directed..

@Pearlee could the movie be The Birds where Hitch is walking out of the pet store with his dogs as Tippi Hedren walks into the store?

One of my absolute favorites is Shadow of a Doubt with runner ups The Birds and Rear Window. From what Ben Mankiewicz stated prior to the movie presentation on TCN, this was one of his Hitchcock's favorite movies he had directed..

@GemsNBeauty  If he has dogs in that film, then that's definitely the quick glimpse of him I'm thinking of. Thanks.

Hitchcock makes cameos in all of his movies.  I enjoy trying to find him when I watch his movies.

Here he is in Psycho about six minutes into the movie.... 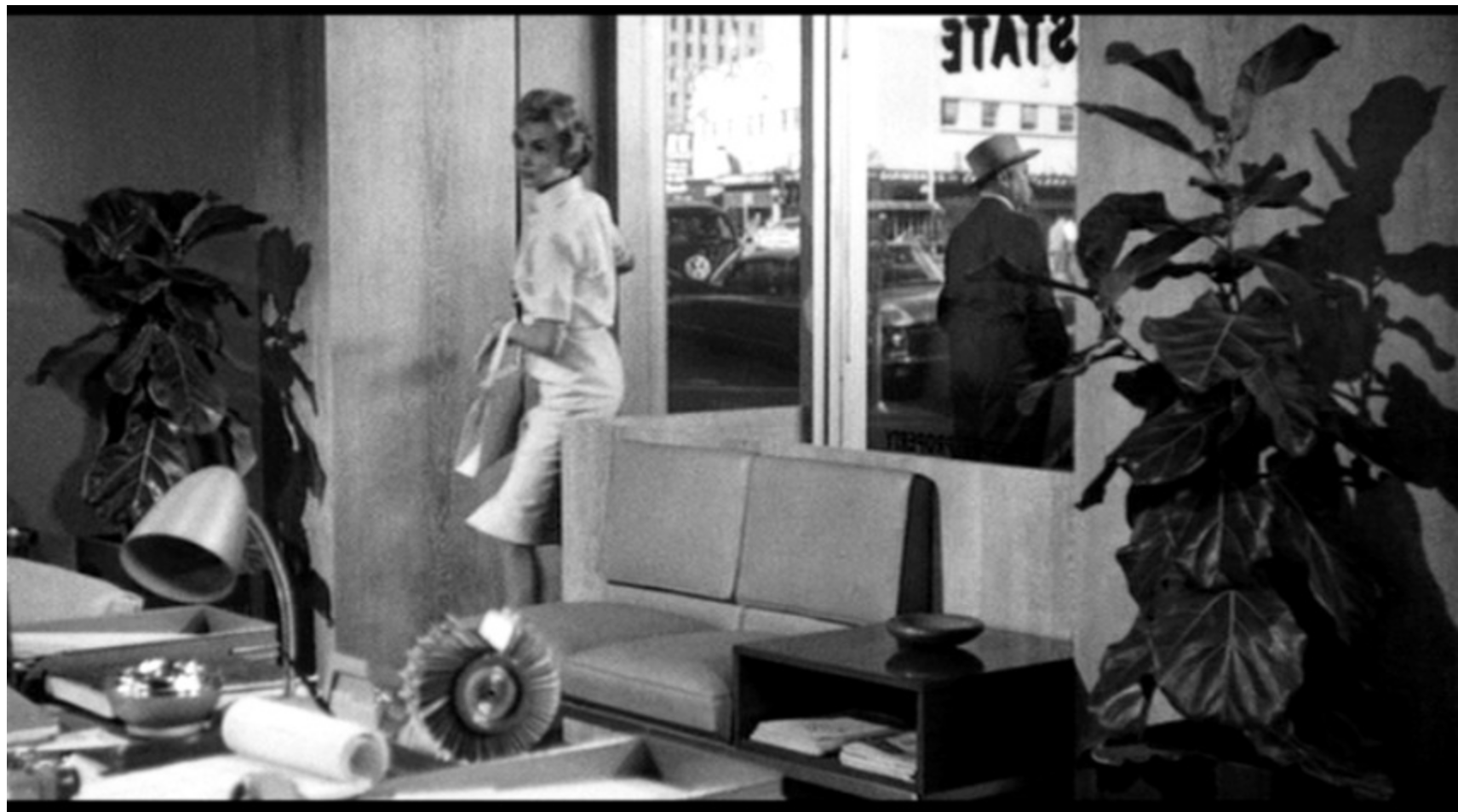 Are you sure? Just doesn't look like him but I do know he's notorious for his cameos.

All his films are worthwhile, but this isn't one of my favorite Hitchcock films... 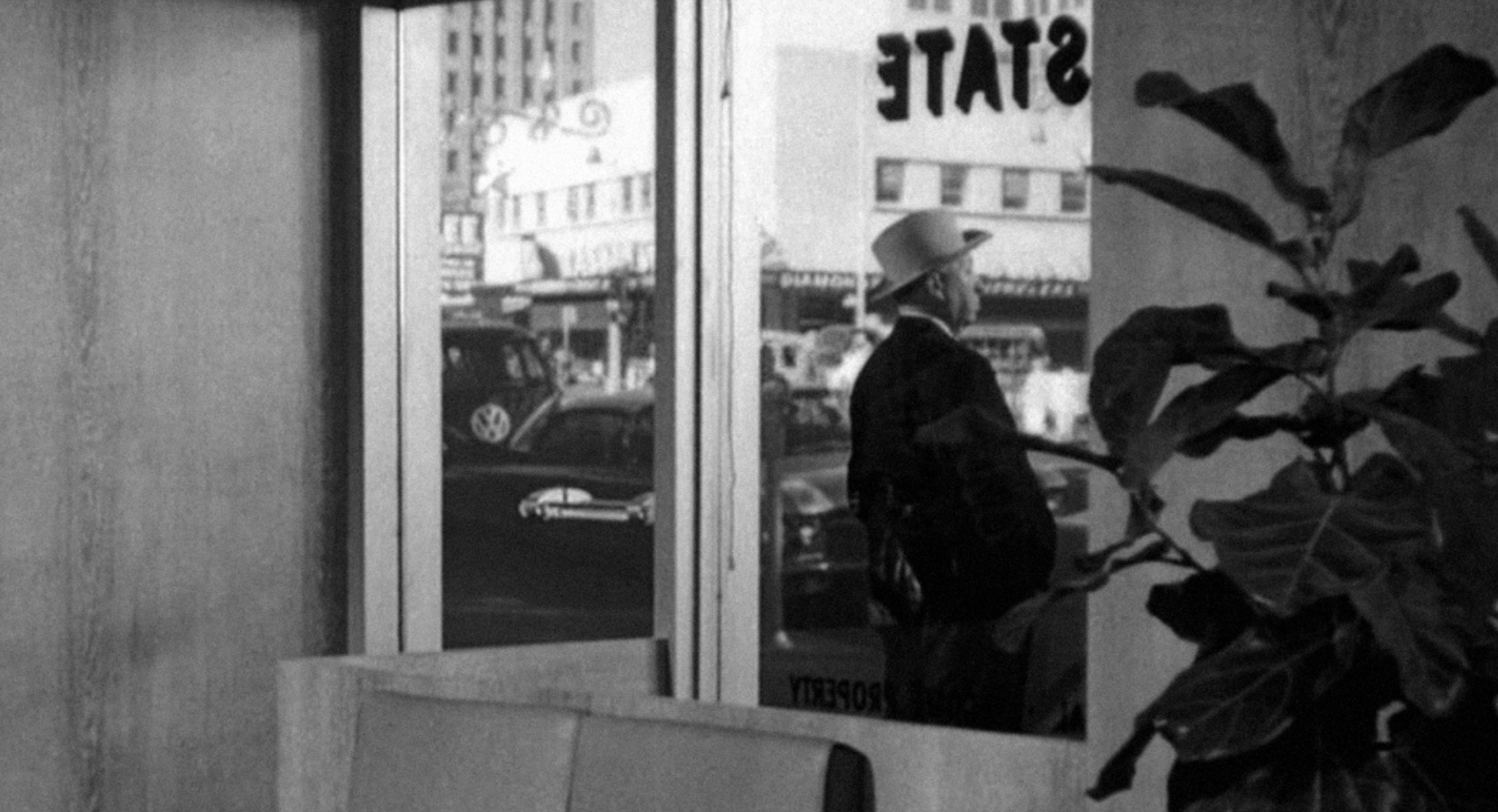 There is a documentary out that is all about just the shower scene.  It's called 78/52 because there were 78 takes and 52 cuts (pardon the pun) of that once scene alone and of the four-week shoot for Psycho, shooting the shower scene took an entire week of that time.  The guy (a filmmaker) who made the doc has been obsessed with the shower scene since he first saw it, and has seen it thousands of times.   The doc goes through it almost frame by frame (the scene itself is about three and a half minutes long according to the article about the doc I read)  and there are interesting interviews in it with Hitch's daugther, Jamie Lee (or is it Leigh?) Curtis (Janet Leigh's daughter of course), one of the cameramen (I think) and others with knowledge of shooting the scene.   I always thought that wasn't Perkins in the shower scene and so it wasn't.  He was off rehearsing a play for Broadway and it was actually a woman in that scene.

I hope to see this doc some day, since Psycho is one of my favorite movies.

@Pearlee  I don't want to go too in depth with that scene. I see it one way and that's the only way I want to see it. A woman taking a shower and is stabbed by a maniac. Scary. Eerie music. And the Hershey's syrup going down the drain. Don't change it for me. It's my fondest nightmare