It has been one year since Mike's loved ones gathered to say "Farewell".  Here's a recap of some of the things that happened last October.

I certainly bash GH enough but today I have only good things to say. Well done with Mike's Memorial Service. I especially appreciated that they used the entire show rather than cutting back and forth to something we would have viewed as a distraction. The comments were lovely and personal. The flashbacks were appropriate and brief. They showed Mike saying one of my favorite lines to Stella: "Promise me that when I can no longer remember you that you’ll remember how much I wanted to." I love that.

Farewell Max. My fear is that in addition to missing your character and your stellar acting, GH won't be able to come up with another story comparable to yours.

Since the beginning of the September thread, there was some movement in existing stories, some new developments, and something I seldom get to write  - a story that was favored by few came to an end:

Thank you to those who answered the September QOTM.

Our country continues to experience things we have never experienced before. As we get updates that change daily and sometimes even more frequently remember being healthy includes not only being physically but also mentally well. Reach out to others. Continue to try to make wise choices. Please and thank you.

~~~"They laugh at me because I'm different.
I laugh at them because they're all the same..."~~~
Report Inappropriate Content
Message 1 of 659 (5,247 Views)
Reply
16 Hearts
Tique
Honored Contributor 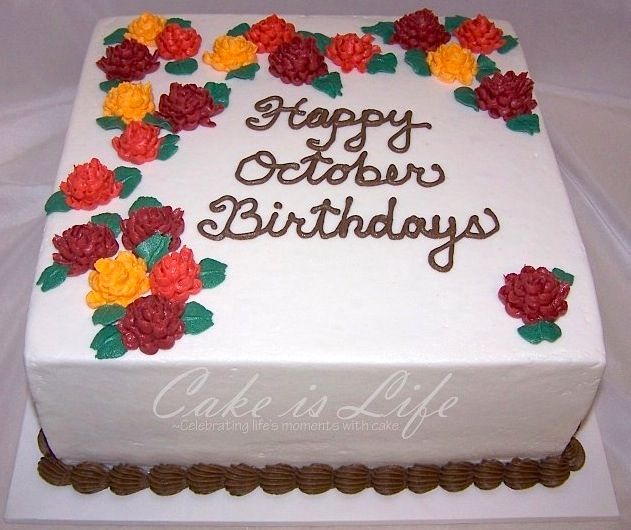 ~~~"They laugh at me because I'm different.
I laugh at them because they're all the same..."~~~
Report Inappropriate Content
Message 2 of 659 (5,230 Views)
Reply
9 Hearts
Tique
Honored Contributor GH spoilers for today reveal an apology, worry, a growing threat, and so much more.

Trina  set a plot in motion to catch a stalker and now, thanks to Esme Prince blabbing to Sonny Corinthos, he has Nikolas Cassadine backed into a corner. A clueless Nik thinks it’s time for his son’s uncle to take his goons and leave but Sonny insists no one is leaving until they have an understanding.

Spencer wants to know what’s going on when both Cameron and Trina get texts. Trina tells him to tell them — as she shows the picture Josslyn Jacks sent of Esme talking to Sonny. Will all three realize that Nikolas is in big trouble and rush in to confess all?

Joss crashed the fight scene between her parents, and Carly looks shellshocked. Did Jax spill about Nina Reeves and “Mike’s” love story? Either way, Joss thinks things are better out in the open, right? Oh, young lady…you have a lot to learn about the messy issues of adults.

Owning her part in that mess, Maxie is apologetic to Nina after throwing her under the bus to Carly. Nina must tell her that Carly seems clueless about the feelings that grew between herself and Sonny, which causes Maxie to ask Nina why she thinks Sonny hasn’t mentioned it to Carly. Funny, that’s something viewers want to know too.

Ava gets the last word and tells the person to consider themself warned. That should be fun. Elsewhere, her pal and lawyer, Scott Baldwin tells Austin Gatlin-Holt that his challenge of Edward’s will is moving to the next step. He also tells him to expect the unexpected.

Unaware of Austin’s progress, Brook Lynn asks Ned about the tension between him and Olivia. Ned may think she’ll side with him and is proud of her mothering skills but Brook Lynn is furious with her father and tells him he may not feel that way when she’s through with him.

~~~"They laugh at me because I'm different.
I laugh at them because they're all the same..."~~~
Report Inappropriate Content
Message 3 of 659 (5,226 Views)
Reply
10 Hearts
Xivambala
Valued Contributor

I needed to find some excitement and a real thrill, so I went out to my patio, looked out to the backyard and watched the grass grow.  Now that was exciting!!

To answer the QOTM:  As awful as most of the NF s/l was, the reveal was even worse.  Sonny seemed to just walk into each PC set as if he had not missed a day.  The only one who showed any emotion or excitment (to me) was Kristina.  This reveal was a major let down, for sure

The s/l I want wrapped up, pronto, is the baby switch.  Poor Valentin has poured his heart and soul out for "Bailey" and he is none the wiser that this is NOT his baby.  Please get Louise back home and let Val run to Anna.  These two are on fire and need to "extinguish" the flame stat!

Have a great weekend!  Fall has hit my neck of the woods, FINALLY

I may not agree with what you say, but I will defend, til death, your right to say it
Report Inappropriate Content
Message 7 of 659 (5,113 Views)
Reply
12 Hearts
stevieb
Honored Contributor

Many of us have already expressed opinions about the alleged 'reveal'. The truth is, the story line stunk from start to finish so any anticipation that the reveal would be any better was probably misplaced confidence in a writing team that too often is running on empty...

As far as it goes and for what they were, I thought the reunion scenes went reasonably well, as did some of the other scenes focused on Sonny's return... That said, no, none of them brought down the house or even came close to it... About the reunion with all the offspring, I didn't find anyone's reactions unreasonable... In real life, most folks would have been in shock so the more subdued responses rang true for me. Kristina's reaction seemed heartfelt and it seems it was what more folks wanted, but for all her emoting, keep in mind, she never shed an actual tear...

Clearly, the powers that be are determined to roll out this 'reveal' on a very piecemeal basis, thus badly (and sadly) diluting the only story line of actual interest they currently have going... As mentioned before, the risk in having permitted this story line to endure for so long and to now drag it out further is the clear realization by some viewers, like me, that they really don't much like the Sonny character and didn't miss him... That said, I also didn't like, nor do I miss, 'Mike'... And, of course, I cannot abide this portrayal of Nina...

As for story lines most in need of wrapping up... Where do I start and how long do you have...

I've sort of been clear that none of the current story lines are of interest to me, so not sure I could pick just one, but if forced, I think it would be the stalker story line... It's resolution could potentially address a multitude of sins: too much teen time, too much Esme and Spencer, and the incredible dumbing down of both Ava and Nik, not to mention Ava's protracted and seemingly endless farewell tour... A close second would be the half-baked musical babies story line...

Interesting that the temporary Nic was apparently one and done.

Welcome October!!!  Warm, sunny days and cool nights are so wonderful.  Hoping that everyone stays healthy and happy.

The Sonny reveal was poorly written.  The only bright spots were his children's reactions and Epiphany.

I want this stalker nonsense finished asap.  Esme is just a rewrite of Nelle and she needs to go.  Arson in a parking garage certainly should warrant prison time!  The baby switch needs to end, but, my guess is that might play out during sweeps.

@Tique. Thank you for all you do.  Take good care and stay healthy.