The Scoop: GH previews, teasers, and spoilers for the Week of May 23

Nina gets her day in court 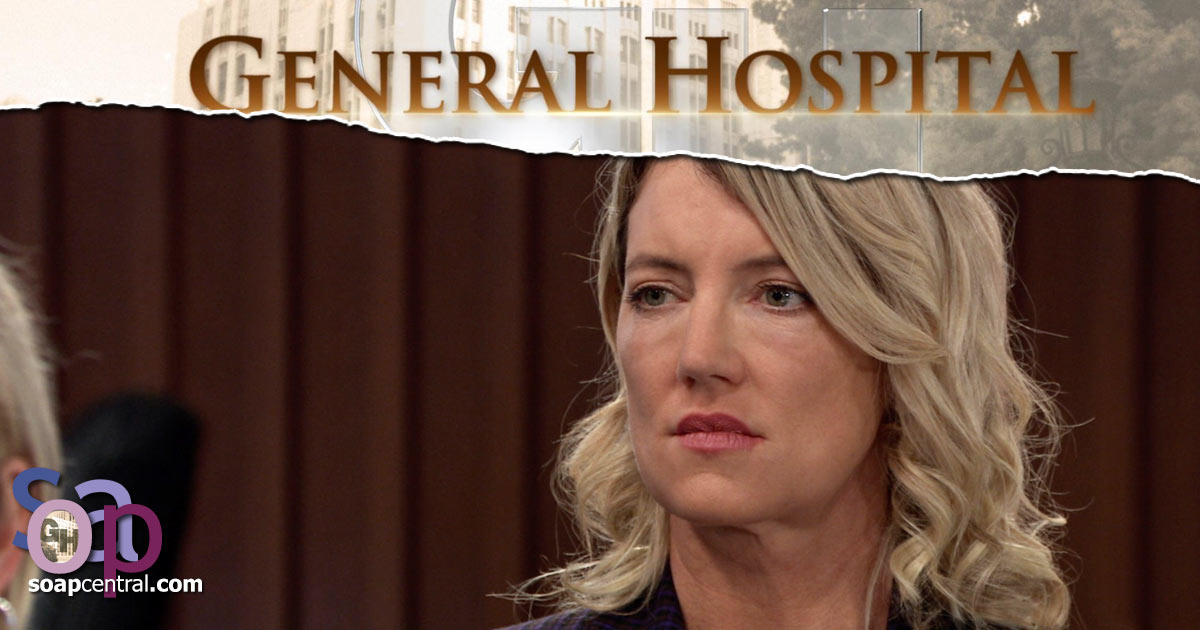 A sneak peek at some of the action that will take place on GH during the week of May 23, 2022.

Liz gets support from her loved ones

Carly gets heated at yoga

Dante is not happy with Sonny's choice

Nina gets her day in court

Drama unfolds in the courtroom

Michael takes the stand to plead his case

Emotions run high at the courthouse

Ava and Victor each turn on the charm

Spencer shares some news with Esme about his trust fund

Nikolas turns to Britt for answers

Victor keeps a close eye on Nikolas and Ava

Trina gets a visit from Rory

Spencer grows jealous when he sees Trina and Rory together

Esme is focused on her mission

Laura and Ava spend time together

Amy spies on Chet and Terry

Chet gets some guidance from Terry

Several attend an event at the Metro Court pool

Britt checks in with Brad

After finding Marshall's medications, T.J. has a talk with Curtis

Curtis and T.J. circle the wagons around Marshall

Marshall has an unexpected visitor

Alexis and Gregory have a spirited debate

~~~"They laugh at me because I'm different.
I laugh at them because they're all the same..."~~~
Report Inappropriate Content
Message 191 of 307 (482 Views)
Reply
8 Hearts
mysoutherncomfort
Respected Contributor

Glad we can distract you for a bit as we give our reviews on our GH show.

Think we have more dislikes

sorry i can't rem. how to spell her name.

Nurse Epiphany Johnson and yes, looking forward to her continuing to become Dr. Johnson one of these days.

I also didn't like those 2 men letting Molly leave alone

So are we to think that Marshall got stabbed??  Yes, gramps (or is it "grumps") got stabbed and in hospital in Brooklyn. I read somewhere that TJ will discover the meds he is on and the reason he is on them.

The Scoop: GH previews, teasers, and spoilers for the Week of May 23

A sneak peek at some of the action that will take place on GH during the week of May 23, 2022.

Liz is one step closer to unlocking the mystery of the strange events So now that it is known that Dear Sweet is sabatoging herself, could we please call in Dr. Kevin?

Drama unfolds in the courtroom Hopefully there will be some "drama".  It was be a welcome change.

Spencer shares some news with Esme about his trust fund At $10,000/week (Ava's offer to Spencer), time to leave Windemere.

Esme is focused on her mission

Esme is pleased to find Nikolas drunk Oh good gosh, not another Sonny/Nelle trumped up debacle?

Brook Lynn is determined to thwart Linc Did TPTB really need to bring back this sleezeball?

After finding Marshall's medications, T.J. has a talk with Curtis So just how long will it take for us to learn Grumps real diagnosis/issue/why he left his family?

The "love scene" between Mikey and Willow looked like two high school kids trying to do it like they saw in a movie. Couldn't watch it. YUCK!

...And WHy does that little Violet annoy me? She's cute and all, but children her age who talk like a baby drive me crazy. Furthermore, WHY is Finn always carrying her around. Her legs dangle down to his knees. She can walk!...

My opinion here. Either Violet has a speech impediment similar to the one Nicolas Bechtel/Spencer did when he was younger or she is being encouraged to continue her "baby talk". Either way it has become annoying to me also. It's no longer cute.

Oh, I never thought about that. However, she still gets carried around like a baby as well. I agree, it's no longer cute. I almost have to leave the room when she has a scene.

I have always found Violet to be incredibly annoying.  I think she talks that way because adults tell her it is so cute.  Finn probably carries her around to keep her in camera frame.   Although I do find it funny that that kid clearly has more detective skills than all the docs and police officers put together.

I too felt my skin crawl. I don't know why. There's just something about that couple that gives me the creeps.

In principle I don’t believe in “grandparents rights”, so as much asI despise Michael, Cujo and the rest of their pack I hope Nina loses. I think Michael and Willow are motivated by revenge and hatred not Wiley’s best interest, but still they decide who he spends time with.
Report Inappropriate Content
Message 197 of 307 (403 Views)
Reply
5 Hearts
Tique
Honored Contributor

GH Spoilers: Will Sonny Go To Bat For Nina In Court?

GH spoilers for Monday reveal discoveries, decisions, declarations, and so much more.

Nina’s Ready For Her Day In Court

After getting a drink thrown at her at The Savoy, Nina Reeves is not deterred and is ready to face a judge and fight for the right to see Wiley, a child who is her grandson in more ways than she even thinks. Maxie seems to be there by her side as Nina tells her that she also has quite a few punches she can throw.

Meanwhile, it looks like Sonny decides he is going to testify on Nina’s behalf now that Michael has declared war on him just for cheating on Carly, something he has done countless times before. Dante doesn’t think this is a good idea at all and asks Sonny if he is willing to live with the consequences of such an action? Does anyone really tell Sonny what he can and can’t do?

Elizabeth was traumatized enough when her husband Franco was killed. Now, she is traumatized after finding herself in her own home and not knowing how she got there. Finn believes she has been sleepwalking and that is why she has been causing disturbances in her own life.

Finn even tells Chase that he is sure sleeping pills are the cause of everything, but Elizabeth truly wants to know if she is losing her mind and whether or not sleeping pills have anything to do with what is going on.

Speaking of prescribed pills, TJ  finds some in Marshall’s belongings and is stunned when he realizes what kind of medication Marshall has really been taking. It might also explain why he was placed in a mental health facility when he was arrested and why he left his family behind.

~~~"They laugh at me because I'm different.
I laugh at them because they're all the same..."~~~
Report Inappropriate Content
Message 198 of 307 (305 Views)
Reply
7 Hearts
mysoutherncomfort
Respected Contributor

Happy Sunday morning to all!  May anyone who needs healing prayers, warm and loving thoughts, please know that you have mine wrapped in a hug.  I'm especially thinking of @annabellethecat and @grandma r this morning.

Happy Sunday morning to all!  May anyone who needs healing prayers, warm and loving thoughts, please know that you have mine wrapped in a hug.  I'm especially thinking of @annabellethecat and @grandma r this morning.

i'd like to add my 🤗 and prayers and thoughts also.