Auto-suggest helps you quickly narrow down your search results by suggesting possible matches as you type.
Showing results for
Search instead for
Do you mean
Reply
Topic Options
miata1
Trusted Contributor

Tique, you are so right,  Mathison would be too young to play that part.  Makes me wonder why they never had someone play the part previously for those different occasions, maybe it wasn't a popular character.

I ended up seeing the Friday episode on demand and I was not enjoying the fact that I could not fast forward through the ads and the parts I did not want to see. 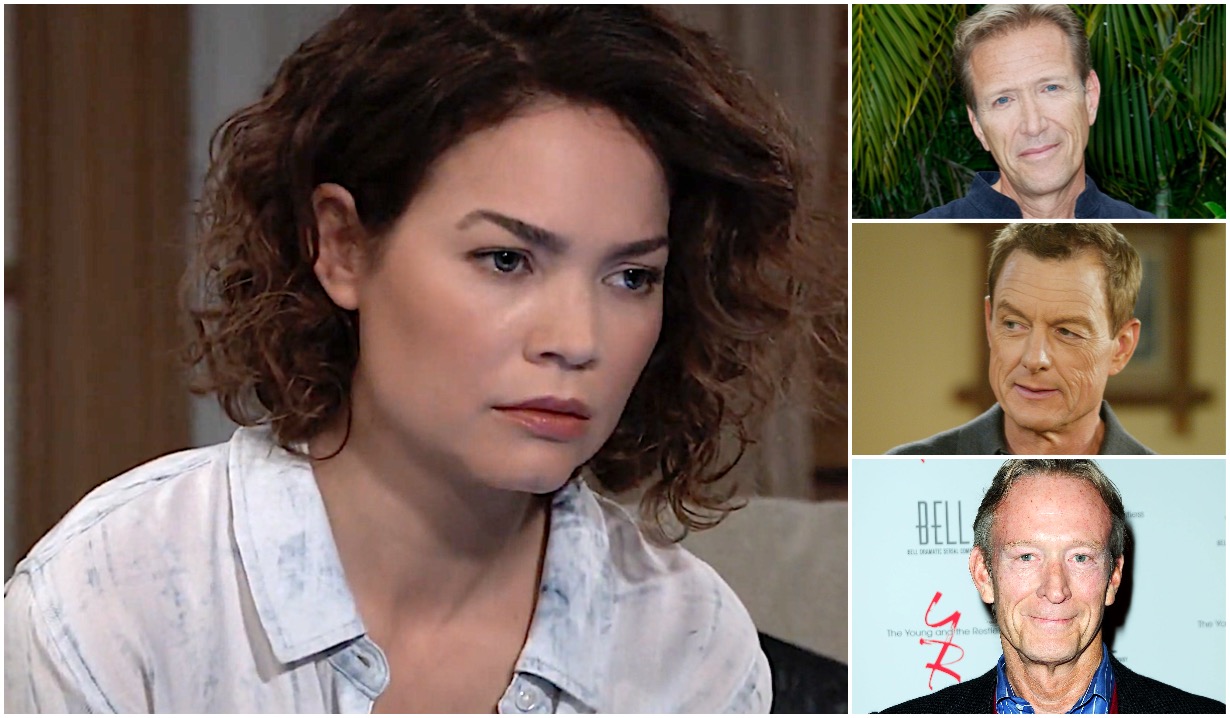 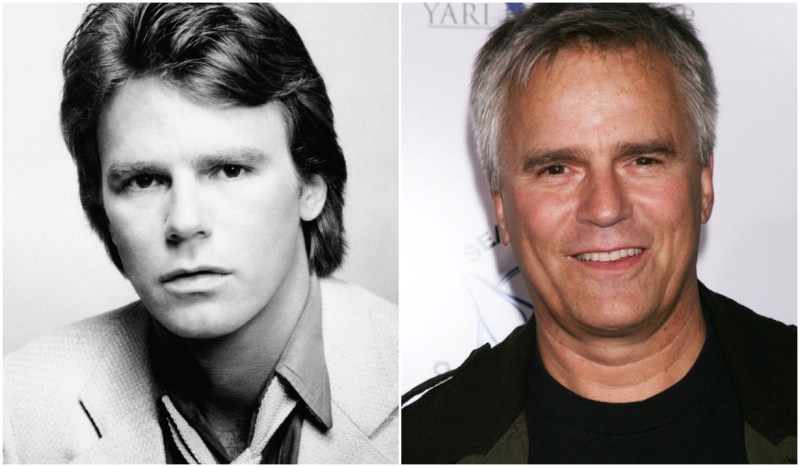 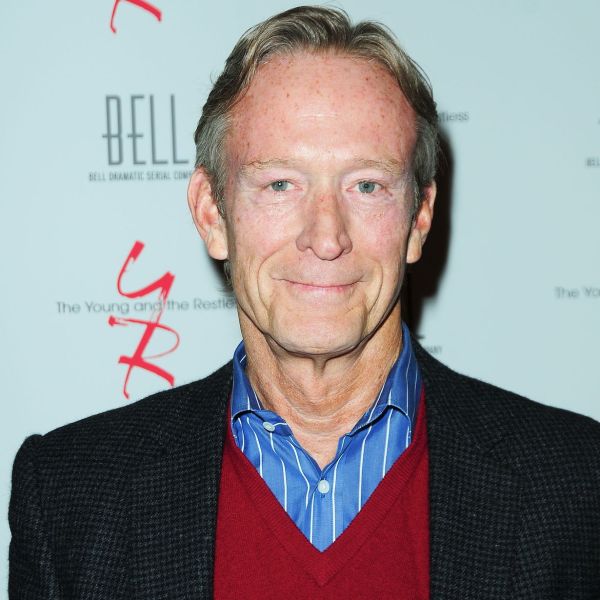 Though Elizabeth has never had a close relationship with her father, the warmth that’s effortlessly radiated by this alum of Knots Landing (as Gary Ewing) and The Young and the Restless (as twins William and Jeffrey Bardwell) would make the character hard not to forgive. Eventually, that is. 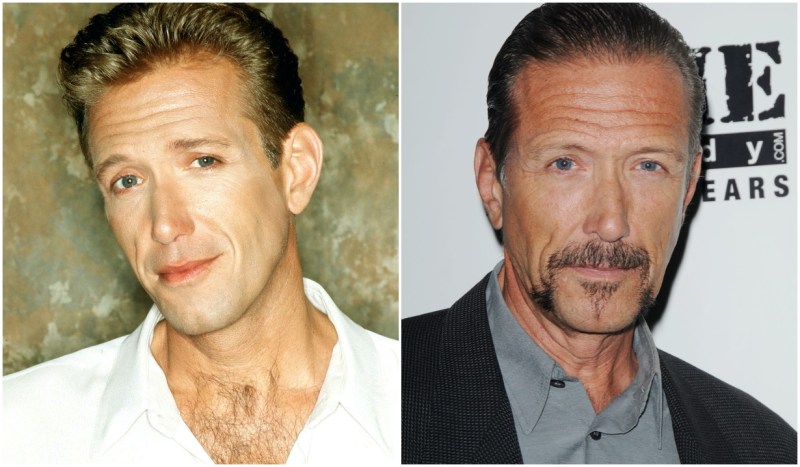 Port Charles is already awash in All My Children alumni, I'll say. So what’s one more — especially when that one more played fan favorite Jackson Montgomery, aka the father of Greenlee Smythe, aka Rebecca Budig, aka Jeff’s surprise third daughter, Hayden? Casting doesn’t get much more perfect. 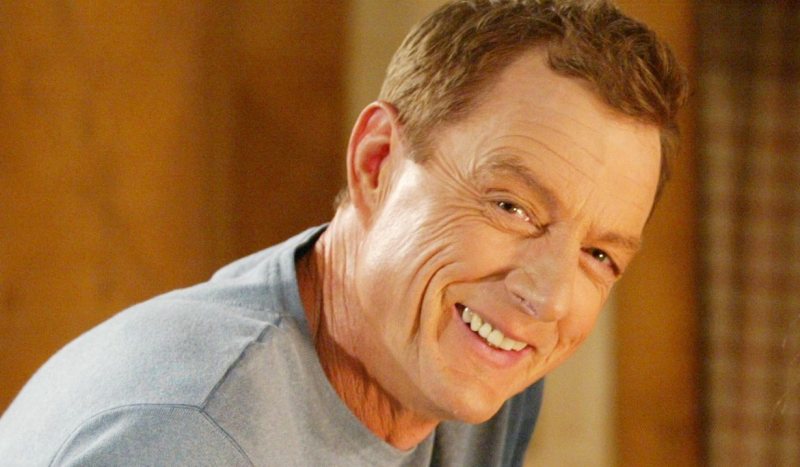 An added bonus of casting the Days of Our Lives MVP (who played both Roman Brady and Alex North) would be the possibility of Jeff striking up a new relationship with Lucy Coe — whose portrayer is, of course, the actor’s real-life wife of 40 years, Lynn Herring. I had no idea she had been married that long IRL. 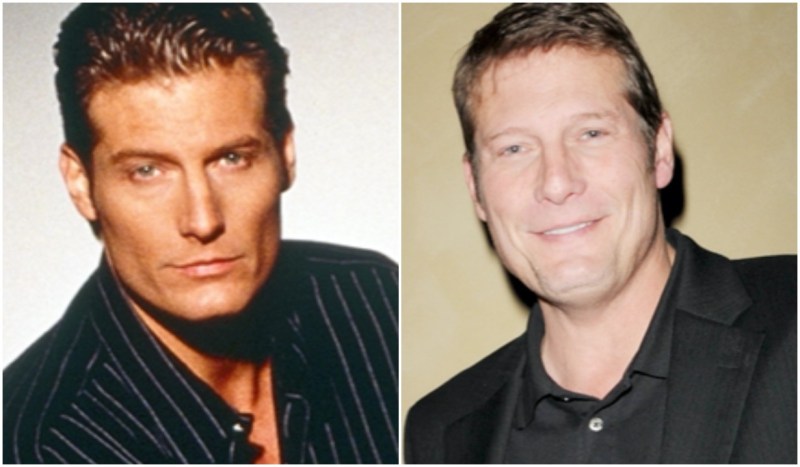 We know: He already appeared on General Hospital as Paul Hornsby in the ’90s. But since a) that was ages ago, b) Richard Burgi last played that part, and c) we don’t imagine serial killer Paul being sprung anytime soon, we could see Satterfield pulling a Michael Easton and tackling a new role 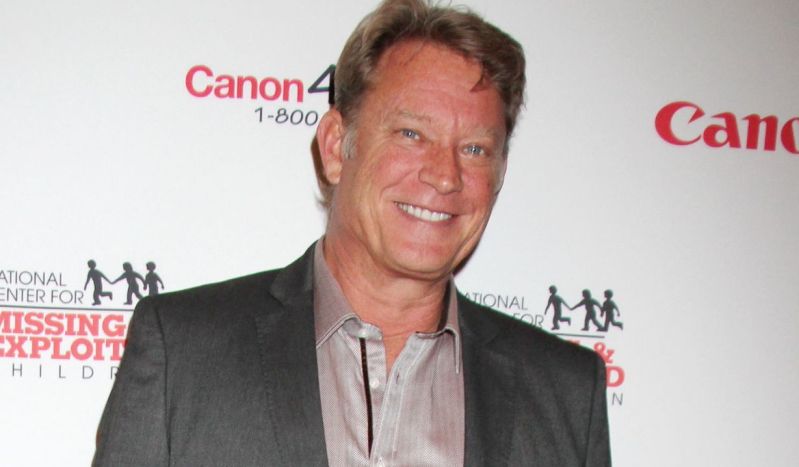 The primetime mainstay, best known for Murphy Brown, hasn’t done daytime since the ’80s, when he started his career playing ex-hustler Sandy Cory on Another World. But he has both the charm and the chops to reenter the fray, perhaps even establishing Jeff as a latter-day Steve Hardy. 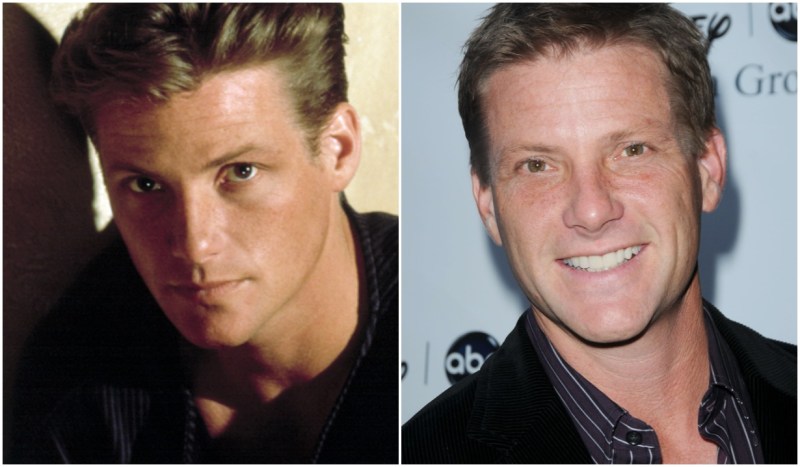 He may not have done daytime, but the veteran of Knots Landing, Melrose Place and Desperate Housewives nonetheless has suds in his veins. On top of that, the handsome primetime soap alum looks like he actually could be the father of Elizabeth and her sisters. 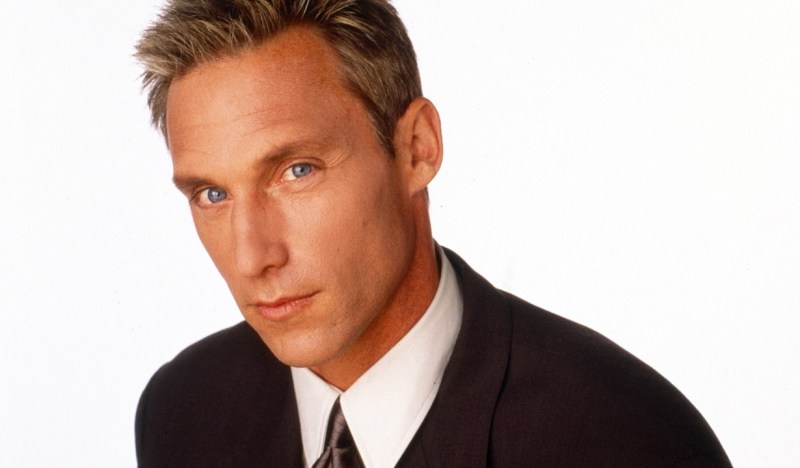 Much-missed in soapdom since his brief last daytime role (One Life to Live’s Lee Ramsey), the veteran of Guiding Light (as Ben Warren) and As the World Turns (as Craig Montgomery, pictured) is chameleon enough to convince us both that Jeff loves Liz and Sarah — and left them in the dust. 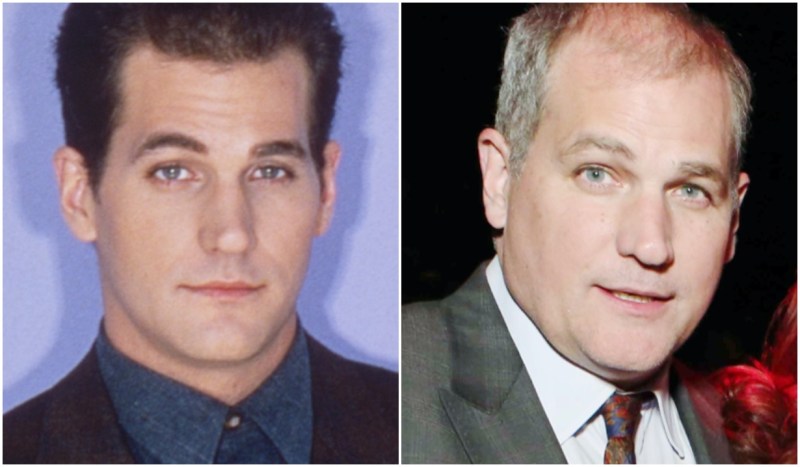 He may be a little on the young side to play Elizabeth’s father, but the former Another World star — beloved for his stint as Ryan Harrison — does possess the kind of natural appeal that makes it easy to imagine why the doctor was once the object of Heather Webber’s obsession. 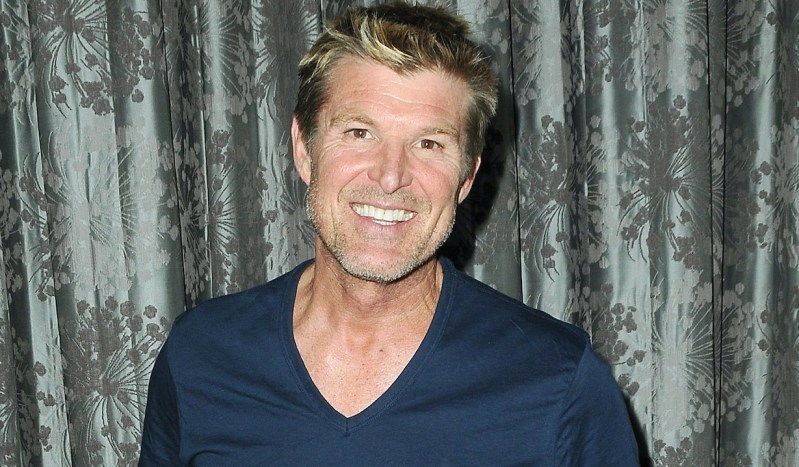 If The Bold and the Beautiful isn’t going to reinstate Thorne Forrester’s former portrayer — and it doesn’t appear that it is — General Hospital could snap up the All My Children vet (who was Del Henry) to play Jeff and rehang his long-missing branch from the Webbers’ Port Charles family tree.

@kathybnc2. Hi and welcome.  Please feel free to join in anytime you'd like.  We don't always agree with everything,  but, we do agree that everyone's opinion is equally welcome.

@Tique. Thanks for the photos and suggestions.   I'd rather Jeff stay gone.  Why CM is joining the cast still makes no sense to me.  As for the spoilers.....of course Jordan would be an issue!!!  They need to end this Smike story asap.

Personally, after so long an absence, I don't see the relevance to Jeff Webber's return.  Although it could be a cameo role during the May sweeps.  That said, to me and if he is willing and available, then give me the original Jeff Webber.  They could do some flashbacks from the time he and Monica were an item.  Might be interesting for a short return and a bit of nostalgia.

@Tique , it's hard to believe those actors have gotten so old!  Have you seen a recent pic of Richard Dean Anderson?  Still that cute face but let himself age..and I don't mean that in a bad way, just not like the current older soap actors who have to stay in shape.

Wayne Northrop wouldn't be a bad idea..he could just car pool with his wife (Lucy).

Tique, you did such a good job with the pictures.  I don't know how to put a pic on the computer let alone on here so I am impressed when others are so good with the computer.  Anyway, it was nice to remember these actors.  I always loved "Jeff" in the show and thought he was so cute. I did not know Lucy was married to another actor.

General Hospital spoilers for today reveal an emotional talk, a necessary surprise, a shocking confrontation, and so much more.

It’s time for the next stage of Carly's audacious plan to free Jason. Someone arrives at his hospital bed and tells him it’s moving day, but who was that, and is this person part of the plan — or is Cyrus trying to ruin things? It sounds like things aren’t going Carly’s way as she monitors her brilliant plan with Spinelli’s help.

Ava is doing her part as she and Nikolas prepare to host the family dinner. Laura and Kevin are there as is Martin. Cyrus wants to know why they are there. To get him out of the way for Carly’s plan, of course! Oops, scratch that. It won’t take long for Laura to face off with Cyrus.

Britt tells Finn that she’s spoken to Liz about her status at GH. But that won’t stop Liz from tracking Finn down in his office and wanting to know what really happened in Chase’s hospital room. Will he be able to continue putting her off or will he take a leap of faith and trust her?

Nina is desperate to protect her new life. When she sees Trina, the young girl doesn’t hide her surprise that Nina would stay at a place like the Tan-O. It’s hardly the Metro Court, right? Regardless, as fun as it is to see her PC pals, Nina lets them know they need to leave…now.

Jax is surprised to see Josslyn and wants some answers. Isn’t she supposed to be at her volleyball tournament? Why is she road-tripping to pick him up? She’s not inclined to talk about that mess and instead deflects, saying first she wants to hear about his bullet wound. She’s definitely Carly’s daughter.

@Kabella   no I don't watch "State of Mind" so appreciate this update. I'm still seeing articles that are speculating who he will be when he joins GH. i.e. will he be a recast, will he be someone new. I'm in no hurry to find out and figure eventually we'll know if he is or if he "ain't". I have nothing against Mr. Mathison but like other actors/performers he's one who is overrated and overexposed.

Thanks for dropping in. Hope to see you again soon.

Watched Friday's show a while ago and the only scenes I didn't fast forward through, well, for the most part, were those of Ava, Carly and Laura plotting... It occurred to me once again that while soaps can't focus all their time on the 'A listers', this show's cast is so bloated that the 'also rans' command way too much air time and those characters that are actually compelling to watch sometimes get lost amongst all the drivel...


In my pantry with my cupcakes...
Report Inappropriate Content
Message 30 of 436 (601 Views)
Reply
5 Hearts